Corvallis, Ore.—Bruce Menge, the Wayne and Gladys Valley Professor of Marine Biology, and his team of researchers have reported on the appearance of an unprecedented number of juvenile sea stars off the Oregon coast over the past several months—just two years after one of the most severe marine ecosystem epidemics in recorded history nearly wiped the population out.

The appearance of the juveniles does not mean the threat of “sea star wasting disease” is over, researchers caution. A second round of the disease could be disastrous to the purple ochre (Pisaster ochraceus) and other sea stars, some of which are considered “keystone” species in marine habitats because of their influence on the ecosystem.

The team who has been monitoring the sea stars for years wrote on their status this week in the journal PLOS ONE.

“When we looked at the settlement of the larval sea stars on rocks in 2014 during the epidemic, it was the same or maybe even a bit lower than previous years,” said Menge, the lead author on the study.

“But a few months later, the number of juveniles was off the charts – higher than we’d ever seen – as much as 300 times normal.”

“It wasn’t a case of high settlement, or more sea stars being born. They just had an extraordinary survival rate into the juvenile stage. Whether they can make it into adulthood and replenish the population without succumbing to sea star wasting disease is the big question.”

Menge and his colleagues believe the reason for the high survival rate is the availability of more food. The young sea stars feed on larval and juvenile mussels and barnacles, competing with adult sea stars for the same food source. The scarcity of adults provided a temporary smorgasbord for the juveniles.

Sea star wasting disease first appeared in Oregon in the summer of 2014. In rocky intertidal habitats, disease rapidly depleted populations of the dominant sea star, Pisaster ochraceus. The sea stars first developed twisted arms, then showed deflation and lesions, and eventually lost arms and the ability to grip onto the substrate before finally disintegrating completely.

Over a period of about 15 months, the disease reduced the overall sea star population by 63 to 84 percent at different site along the Oregon coast, and reduced the Pisaster ochraceus population by 80 to 99 percent. The epidemic ranged from Alaska to Baja California.

Scientists from Cornell University attributed the epidemic to a Sea Star-associated Densovirus and researchers in Washington say warmer water may have provided the trigger for the disease in that state.

But Menge’s research group found no association between water temperature and the disease outbreak in Oregon.

The Cornell researchers found evidence of densovirus in the sea stars, the water column and in sediments. It occurs naturally and can become virulent, possibly as a result of stress.

“Something triggered that virulence and it happened on a coast-wide basis,” said Menge, a distinguished professor in the Department of Integrative Biology. “We don’t think it was a result of warming because conditions were different in Oregon than they were, for example, in Washington and likely other parts of the West Coast. Ocean acidification is one possibility and we’re looking at that now. Ultimately, the cause seems likely to be multi-faceted.”

Menge and his research team have been studying these intertidal rocky zones at different sites for as long as 32 years and analyzing the community structure. Historical research has shown that the ochre star is a “keystone” species because of its influence in these ecosystems, suggesting that the absence of so many adults could have a significant impact.

Ochre sea stars prey on barnacles and mussels and keep their populations under control. When left unchecked, mussel populations can explode, covering up algae and small invertebrates.

“The longer-term ecological consequences of this (disease) event could include wholesale elimination of many low zone species and a complete change in the zonation patterns of rocky intertidal communities along the West Coast of North America,” the authors wrote in their study.

Among the other findings the OSU researchers reported in PLOS One: 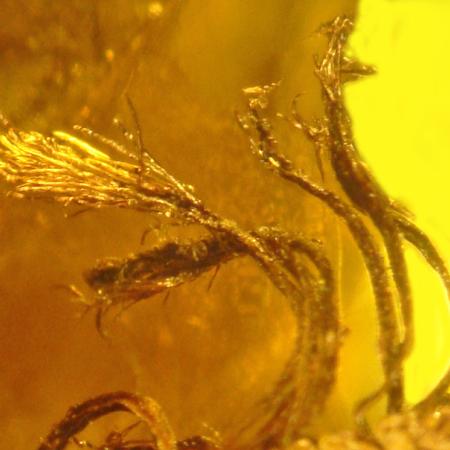