Microbiologists Grace Klinges and Rebecca Vega Thurber have proposed a new genus of bacteria that flourishes when coral reefs become polluted, siphoning energy from the corals and making them more susceptible to disease.

The National Science Foundation-funded study, published in the ISME Journal, adds fresh insight to the fight to save the Earth’s embattled reefs, the planet’s largest and most significant structures of biological origin. The study’s lead author, Grace Klinges, a doctoral student in microbiology, works in the Rebecca Vega Thurber Lab.

Coral reefs are found in less than 1% of the ocean but are home to nearly one-quarter of all known marine species. Reefs also help regulate the sea’s carbon dioxide levels and are a crucial hunting ground that scientists use in the search for new medicines.

Corals are home to a complex composition of dinoflagellates, fungi, bacteria and archaea that together make up the coral microbiome. Shifts in microbiome composition are connected to changes in coral health.

Since their first appearance 425 million years ago, corals have branched into more than 1,500 species, including the one at the center of this research: the endangered Acropora cervicornis, commonly known as the Caribbean staghorn coral.

In the study, when the corals were subjected to elevated levels of nutrients – i.e., pollution from agricultural runoff and sewage – the newly identified bacterial genus began dominating the corals’ microbiome, jumping from 11.4% of the bacterial community to 87.9%.

The bacteria are in the order Rickettsiales, and the genus is associated primarily with aquatic organisms. Scientists named the genus Candidatus Aquarickettsia, and the coral-associated species in this study, Candidatus A. rohweri, is the first in the new clade to have its genome completely sequenced.

A clade is a group of organisms believed to have evolved from a common ancestor.

This research, which included canvassing DNA sequence data from a multitude of past studies, shows that the bacterial clade is globally associated with many different coral hosts and has genes that enable it to parasitize its hosts for amino acids and ATP, the main energy-carrying molecule within cells.

“We previously showed that this Rickettsiales OTU was found in stony corals, responds to nutrient exposure and is linked with reduced coral growth and increased mortality,” said Klinges. “Now we know it has multiple genes characteristic of parasites, including the antiporter Tlc gene that robs the host cells of energy, taking the ATP and replacing it with low-energy ADP.”

“When we discovered the gene that takes ATP from the host, we knew we were onto something really cool,” Klinges said. “The gene has a similar protein structure to mitochondrial genes but does the reverse – it gives back ADP, which is no longer useful, to the animal.”

When nutrient levels are normal and corals are healthy, the corals can tolerate low populations of Rickettsiales. But when a reef becomes nutrient rich, the Rickettsiales population spikes and becomes harmful as it consumes more and more of its hosts’ resources.

“This order of bacteria is in the microbiome of diseased corals but it’s also in healthy corals at low levels,” Klinges said. “It’s affecting the host’s immune system even if it isn’t pathogenic on its own – there are so many cascading effects. As nutrient pollution increasingly affects reefs, we suspect that parasites within the new genus will proliferate and put corals at greater risk.”

In a metadata analysis of 477,075 samples from the Earth Microbiome Project and Sequence Read Archive databases, researchers found Candidatus Aquarickettsia rohweri to be present around the globe in 51 genera of stony corals and 76 genera of sponges.

“Together these data suggest that our proposed genus broadly associates with corals and also with many members of the non-bilaterian metazoan phyla – Placozoa, Porifera, Cnidaria and Ctenophora – as well as the even more ancient protists,” said study co-author and OSU microbiologist Rebecca Vega Thurber.

“That blew my mind,” Klinges added. “We were just looking at this one species of coral and one species of bacteria, and now we know the genus of bacteria is involved in hundreds and thousands of years of coral evolution. We expect to find different bacterial species in other corals, but they fall in the same genus and therefore have a pretty similar function. In next few years our lab will assemble genomes of related bacteria present in other species of coral.” 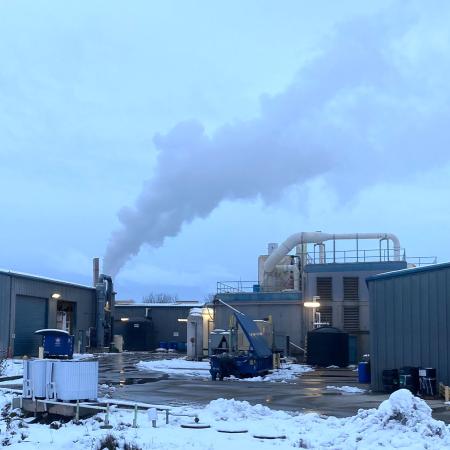 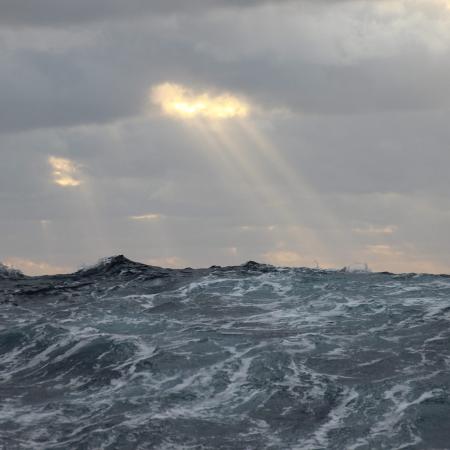