Note: this article is part of a yearlong series on the distinguished tradition of scientific research pertaining to Oregon State’s 150th anniversary and its four land-grant designations. From our fall 2017 issue: 150 years of science for sea and space (Introduction), On the shoulders of giants, Oregon State Science: The many "firsts" in 150 years. From our spring 2018 issue: "OSU Land Grant: From plowshares to touch screens," "Sun: harnessing natural resources for a healthy planet."

OSU’s 150th anniversary presents a perfect opportunity to celebrate the University’s mission as a comprehensive, research-intensive public land-grant university, one of only two universities in the country with Land-, Sea-, Space- and Sun-Grant designations. Each grant has a unique focus, but a common thread integrates them into the university’s teaching, research and extension missions. Across all four grants, the College of Science has played a foundational role through its research and its teaching.

Below is a brief description of each grant’s history and mission. In the winter 2018 issue of iMPACT magazine, we focus on the space and sea grants. Watch for our spring edition for an in-depth look at our contributions to OSU’s sun and land grants.

Oregon Sea Grant was one of the nation’s first four Sea Grant colleges formed after President Lyndon B. Johnson signed the NOAA Sea Grant program into law in 1966. For more than 46 years, Oregon Sea Grant has served the state, region and nation through an integrated program of research, outreach and education that helps people understand, rationally use and conserve marine and coastal resources.

Sea Grant has been involved in most of the urgent issues facing the Oregon coast: the rise, fall and recovery of regional fisheries; the need to create new seafood products; and ways changing economies, resources and demographics affect coastal communities. For more than half a century, Oregon Sea Grant has become a trusted resource for coastal communities, and for state lawmakers and agencies that rely on them to engage coastal residents on volatile, timely topics.

OSU is the lead institution, home to the OSGC administrative base and a diverse array of programs supporting space science and engineering education from middle school to graduate school. OSGC recruits and trains professionals—especially women, underrepresented minorities and persons with disabilities—for careers in aerospace-related fields.

Oregon State is the Western Regional Center of the Sun Grant Initiative, one of five land-grant universities who serve as sun-grant centers. The mission of the sun grant, established in 2003 under George W. Bush, is to enhance national energy security through the development, distribution and implementation of biobased energy technologies. Agriculture can reduce America’s reliance on imported fossil fuels and petroleum-based products by producing feedstock for a biobased shift not only to biofuels like ethanol and biodiesel, but to biobased lubricants, plastics, solvents, adhesives, pharmaceuticals, cosmetics, building materials, and more.

A land-grant university is an institution of higher education designated by a state to receive the benefits of the federal Morrill Acts of 1862 and 1890. The 1862 Morrill Act stated that the purpose of land-grant colleges was “to teach such branches of learning as are related to agriculture and the mechanic arts…in order to promote the liberal and practical education of the industrial classes.”

OSU’s land-grant status and agricultural focus have helped create a food system in the United States where less than two percent of the population is able to feed the other 98 percent of the population, in addition to huge numbers of people around the world. Its Agricultural Experiment Station has 11 branch stations across Oregon, where scientists are improving crops and developing ways to keep water clean and soil healthy. OSU Extension has faculty working in every county in the state, delivering research-based education to communities, industries, and youth.

Science at OSU has always been a trailblazer, continuing a tradition of outstanding ocean and space research. (Introduction)

Science at OSU can proudly lay claim to many “firsts” in its 150-year history. 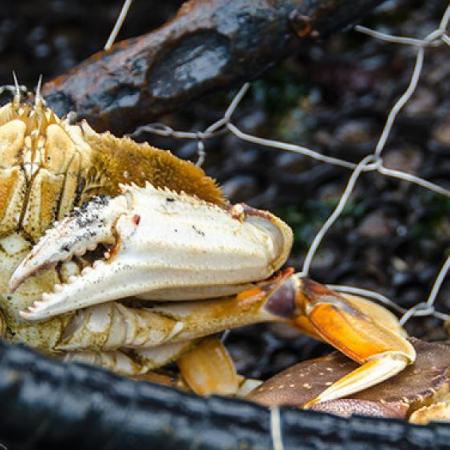