An important study led by Francis Chan, a marine ecologist and an associate professor in the Department of Integrative Biology, shows the presence of water acidification in a marine habitat, stretching across 600 miles of the West Coast. A three-year survey of the California Current System found persistent, highly acidified water throughout this ecologically critical nearshore habitat, with “hotspots” of pH measurements as low as any oceanic surface waters in the world.

The researchers say that conditions will continue to worsen because the atmospheric carbon dioxide primarily to blame for this increase in acidification has been rising substantially in recent years. 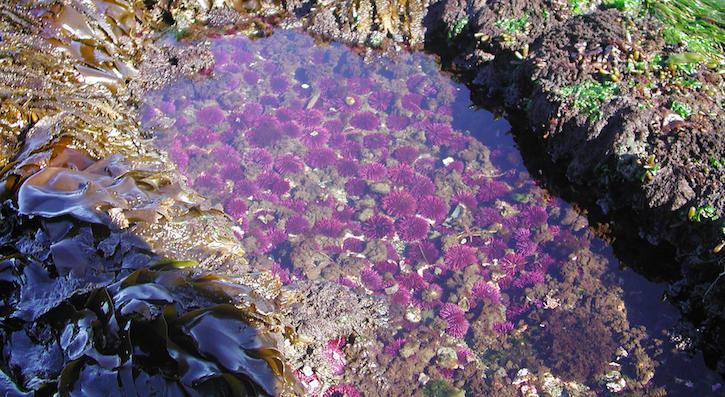 One piece of good news came out of the study, which was published this week in Nature Scientific Reports. There are “refuges” of more moderate pH environments that could become havens for some marine organisms to escape more highly acidified waters, and which could be used as a resource for ecosystem management.

“The threat of ocean acidification is global and though it sometimes seems far away, it is happening here right now on the West Coast of the United States and those waters are already hitting our beaches,” said Chan, the lead author on the study.

“The West Coast is very vulnerable. Ten years ago, we were focusing on the tropics with their coral reefs as the place most likely affected by ocean acidification. But the California Current System is getting hit with acidification earlier and more drastically than other locations around the world.”

A team of researchers developed a network of sensors to measure ocean acidification over a three-year period along more than 600 miles of the West Coast. The team observed near-shore pH levels that fell well below the global mean pH of 8.1 for the surface ocean, and reached as low as 7.4 at the most acidified sites, which is among the lowest recorded values ever observed in surface waters.

Highly acidified ocean water is potentially dangerous because many organisms are very sensitive to changes in pH. Chan said negative impacts already are occurring in the California Current System, where planktonic pteropods – or small swimming snails – were documented with severe shell dissolution.