The College of Science awarded more than $700,000 in scholarships and awards to 275 current science students for merit, need and undergraduate research experiences for the 2015-16 academic year. The university awarded $1.43 million to 403 incoming freshmen in the College of Science. In aggregate, 678 science students received more than $2.16 million in scholarship awards. 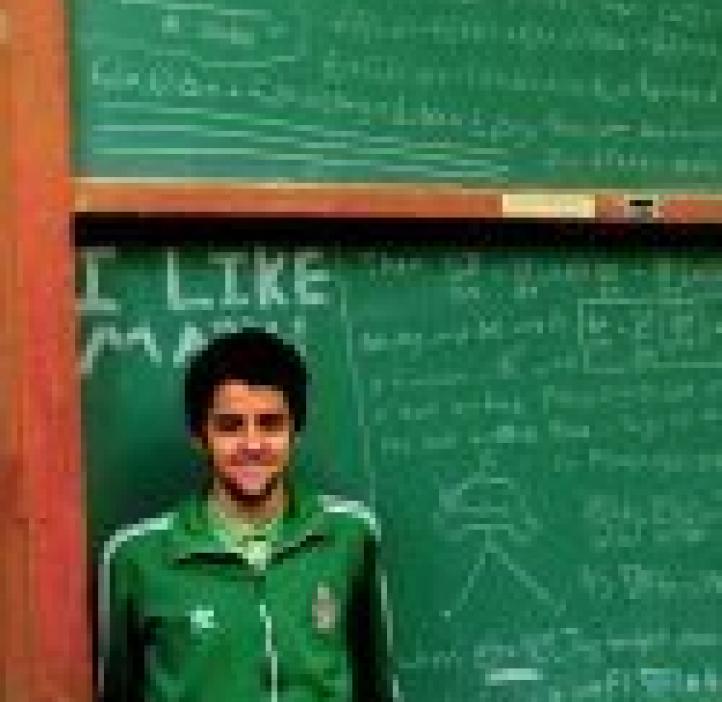 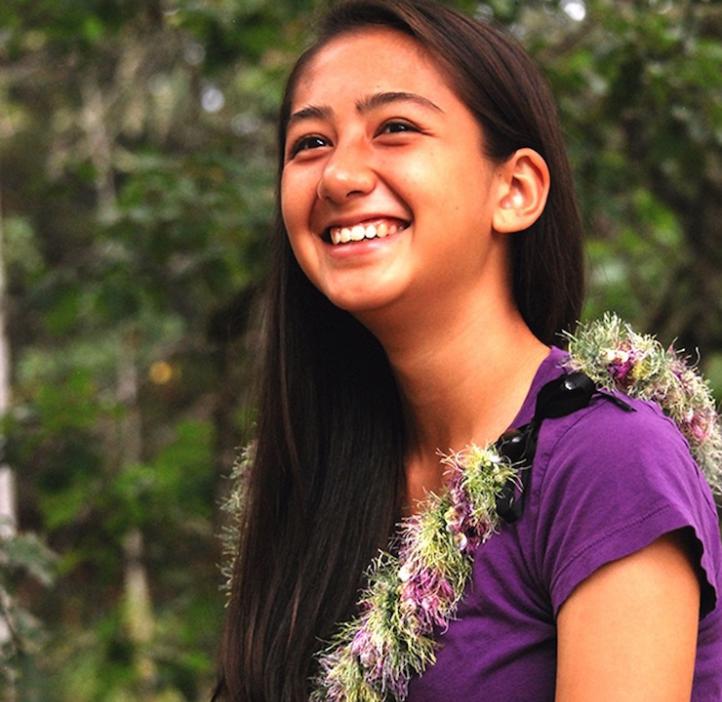 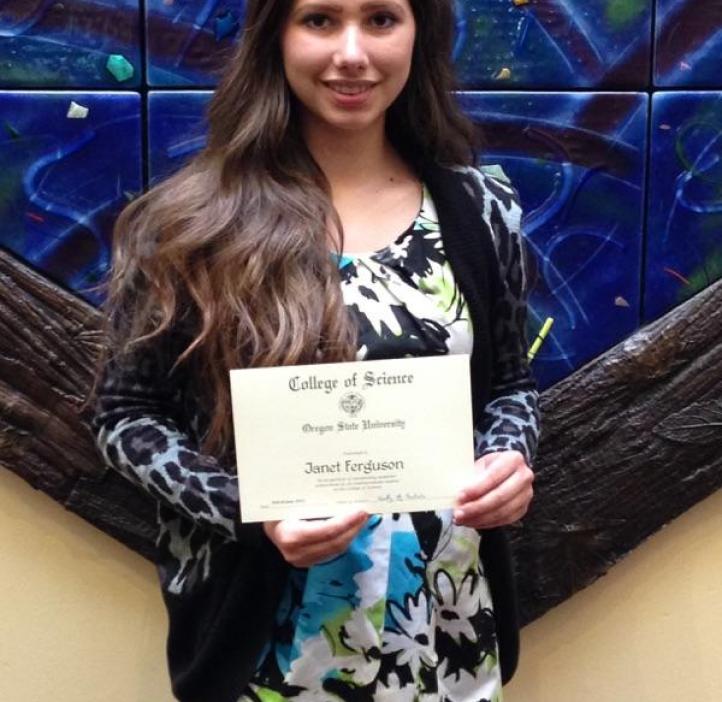 The distinguished and highly competitive Oregon State University Presidential Scholarships were awarded to outstanding Oregon high school seniors who will join OSU as freshmen in the College of Science in 2015-2016. Each of the 10 science students received an award amount of $10,000 per year (up to four years). The scholarships are made possible by the generous philanthropic support of alumni and friends.

Scholarships enable the College to attract, retain and inspire top students, most of whom go on to high achieving careers in industry, graduate school, medical school and other professional programs after graduation. Oregon State’s financial need-based scholarships also help academically talented low-income and first-generation students from Oregon and elsewhere stay and excel in college.

According to an article in the Chronicle of Higher Education last month, money is a constant worry for low-income students, whose parents can’t cover most college expenses. According to University of Michigan sociology professor Dwight Lang, loans and significant debt are inevitable but reduced with scholarship support. Summer vacations, he worries, are often spent working for wages instead of in unpaid internships that would significantly enhance a student’s "cultural capital."

Many scholarship students in the College attest to the value of scholarships in easing the financial burden on their families and enabling them to focus on academics, research, enriching volunteer activities and post-college career goals. Scholarships help offset in-state tuition for three terms of $10,000 and the additional $16,300 for room and board as well as fees and books.

Junior Collin Nicholas Muniz from Portland, Oregon, has a voracious appetite for science. A double major in chemistry and physics with a minor in mathematics, Muniz’s conversation is a polyvalent encyclopedia of references to earth metals, isostructures, the De Broglie wavelength and multivariate equations.

However, after his NASA space grant scholarship ended, Muniz worried about how he would finance his education at Oregon State until he learned he had been awarded multiple scholarships by the College of Science for the following academic year, totaling $11,500. In addition, he has also won a $3,500 university-level diversity scholarship.

“If I hadn’t gotten the scholarships, I would have struggled tremendously academically. I have a position on campus for $10 an hour and I was planning to increase my work hours and that would have taken me away from my studies,” said Muniz.

“I am extremely proud of our exceptional science students who will use the scholarships to shape their scientific careers at OSU and beyond.” said College of Science Dean Sastry G. Pantula. “Scholarships matter. The support not only makes a science education possible, it also can spare students from excessive debt. Scholarships allow our students to pursue graduate and professional schools, engage in public service, gain beneficial research experience, and follow their professional passions, all of which enable them to contribute significantly to our communities and the world.”

Biology sophomore Lorraine “Mamo” Waianuhea was ready for more research after she was introduced to it last year thanks to the university’s STEM Leaders Program. This summer Waianuhea, who is part-Hawaiian and a straight-A student, has dived into full-time research in a biology lab after winning a SURE Science scholarship.

Twenty-four students were awarded SURE Science scholarships for a maximum amount of $5,000 for 11 weeks to focus full time on contributing to impactful and socially beneficial research in the natural and physical sciences. With strong philanthropic support, the program is able to fund students so they can participate in summer research opportunities that can foster meaningful, scholarly connections with faculty mentors early in their academic careers and define their professional career path.

With the guidance of her faculty advisor, Waianuhea designed a proposal to investigate how nutrient availability affects the growth of host cells in sea-anemones and the efficiency of algal populations of host cells. She hopes to work in the area of conservation biology after she graduates.

“I am really grateful for the opportunity to continue research. It is a great opportunity to see how working in the lab full time would be like. I already feel like I have learned a lot and it has only been two weeks,” said Waianuhea.

Another student, Janet “Lena” Ferguson, who is the daughter of a disabled Vietnam War veteran from Dallas, Oregon, is a junior chemistry major who had set her sights on Oregon State since she was in middle school. This year she won the $7,000 Fred and Mary Brauti Pre-Medical Scholarship as well as a $2,400 Merrill Scholarship.

Although she hasn’t yet traveled outside Oregon, Ferguson dreams of becoming a doctor for the navy or a dive doctor and wants to work in Guam or Puerto Rico. This summer she is traveling to Nicaragua with Global Medical Brigades to assist with dental and public health rotations and get her first taste of medicine.

“Because my dad is a veteran, I get benefits through the GI bill. But I didn’t realize how expensive universities are. These scholarships are amazing. I am so thankful to the donors. The scholarships are going to help me pay for pretty much everything—housing, food, fees and books."

“I can focus on school now,” said Ferguson, who had a job in Safeway’s floral department. By focusing on her studies, she can stay on track for graduation 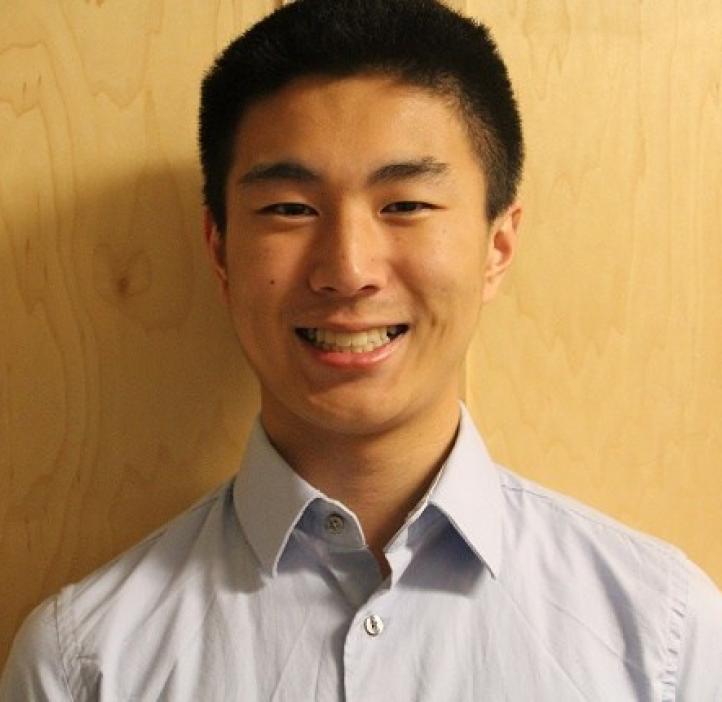 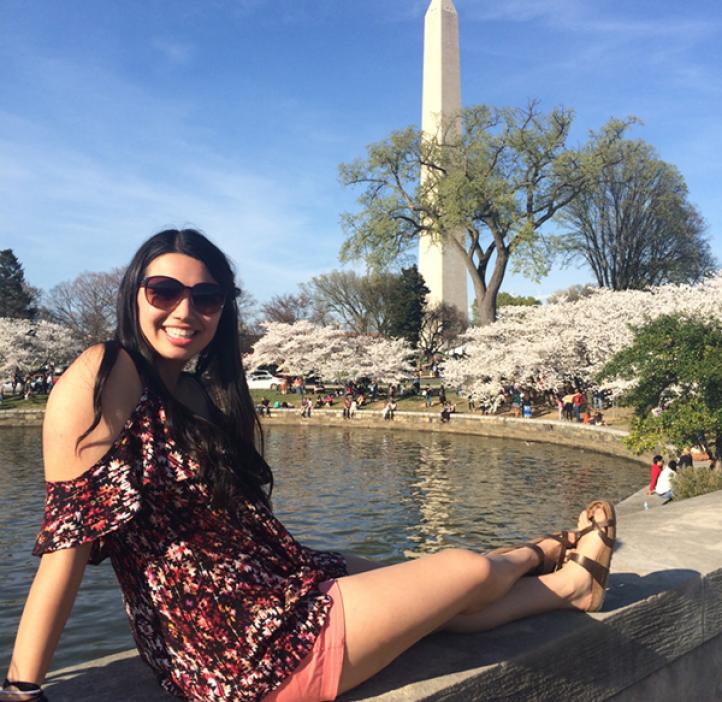 BioHealth Sciences sophomore and San Francisco native, Joe Kenneth Li was awarded the prestigious $6,000 Wei Family Private Foundation Scholarship by the College of Science as well as a Provost’s Scholarship for 2015-2016.

The Wei scholarship honors the memory of Dr. Chung Kwai Lui Wei who arrived in the United States as an exchange student from China in 1936. Dr. Wei, a renowned physicist who worked on the Manhattan Project, was the first woman to receive a Ph.D. from Oregon State.

Li was drawn to the OSU by the reputation of its pre-pharmacy program and points out that OSU is one of the few reputed universities on the West coast that offers a major in pharmacy.

“I am really thankful for the scholarship because it does impact my tuition and helps my family since I pay higher out-of-state tuition. It feels great knowing the scholarship committee recognized my application out of so many applicants. I feel very honored to be one of the recipients,” said Li.

A $5,000 Anne Runes-Wilson Scholarship and a $1,000 mathematics scholarship have further strengthened senior Josey Atsuko Sechrist’s belief that she made the right choice in switching her major to mathematics at OSU.

The daughter of an American father and a Japanese mother, the multi-faceted Sechrist has also won the US Department of State’s Benjamin A. Gilman Scholarship to pursue Spanish language classes at the University of Grenada and the University of Oviedo. Upon her return, Sechrist, who is pursuing a minor in Spanish, will share her experiences about music and culture in Spain on KBVR, OSU’s radio station, where she hosts a show every week.

“If I hadn’t come to OSU, I would have gone to a small school that didn’t have a very good math department. Getting scholarships has helped me stay in the great mathematics department at OSU,” said Sechrist, who is a native of Vancouver, Washington.

Sechrist is passionate about improving the current standards of mathematics education in the United States. She wants to work on mathematics curriculum innovation and teach the subject to middle and high school students. Sechrist’s undergraduate thesis is on the experience of teaching mathematics to English language learners.

“Our scholarships empower exceptional students like Josey and many others to make powerful and positive changes in our society, both locally and globally." The scholarships also enhance the diversity of the Oregon State science community and help our students pursue impactful research and educational opportunities,” said Dean Pantula.

The payoff is tremendous for a science degree. According to a recent salary report by Georgetown University's Center on Education and the Workforce, all but two of the 25 highest-paying majors are in science, technology, engineering or mathematics fields.