On a sunny June afternoon, 20 high school students from across Oregon stood in a college chemistry laboratory watching a balloon. Their eyes widened as it began to shrink and turn into a wrinkled but rigid ball of rubber. No magic was involved — just liquid nitrogen.

The students were a part of the Juntos Chemistry Overnight Camp (JCOC), an annual event designed to introduce Latino high school students to STEM, particularly chemistry, while providing a sampling of college life at Oregon State University.

“Chemistry is a central science that impacts everyday lives. Everything that we eat, touch, see or hear, there is some chemistry involved,” said co-organizer Professor Chong Fang, a leading chemist in implementing femtosecond laser spectroscopy. “The high school students get an authentic taste of why we love the subject through the two-day JCOC event that is action-packed, engaging, informative and fun.”

Campers stayed in Tebeau Hall, a residence building dedicated to the first African American male to earn a degree at Oregon State. After settling into their rooms and then heading to Linus Pauling Science Center (LPSC) auditorium, campers listened to Fang and Department of Chemistry Head Wei Kong, who shared their own experiences in STEM.

“This gives me more motivation to try harder in school,” one camper said. 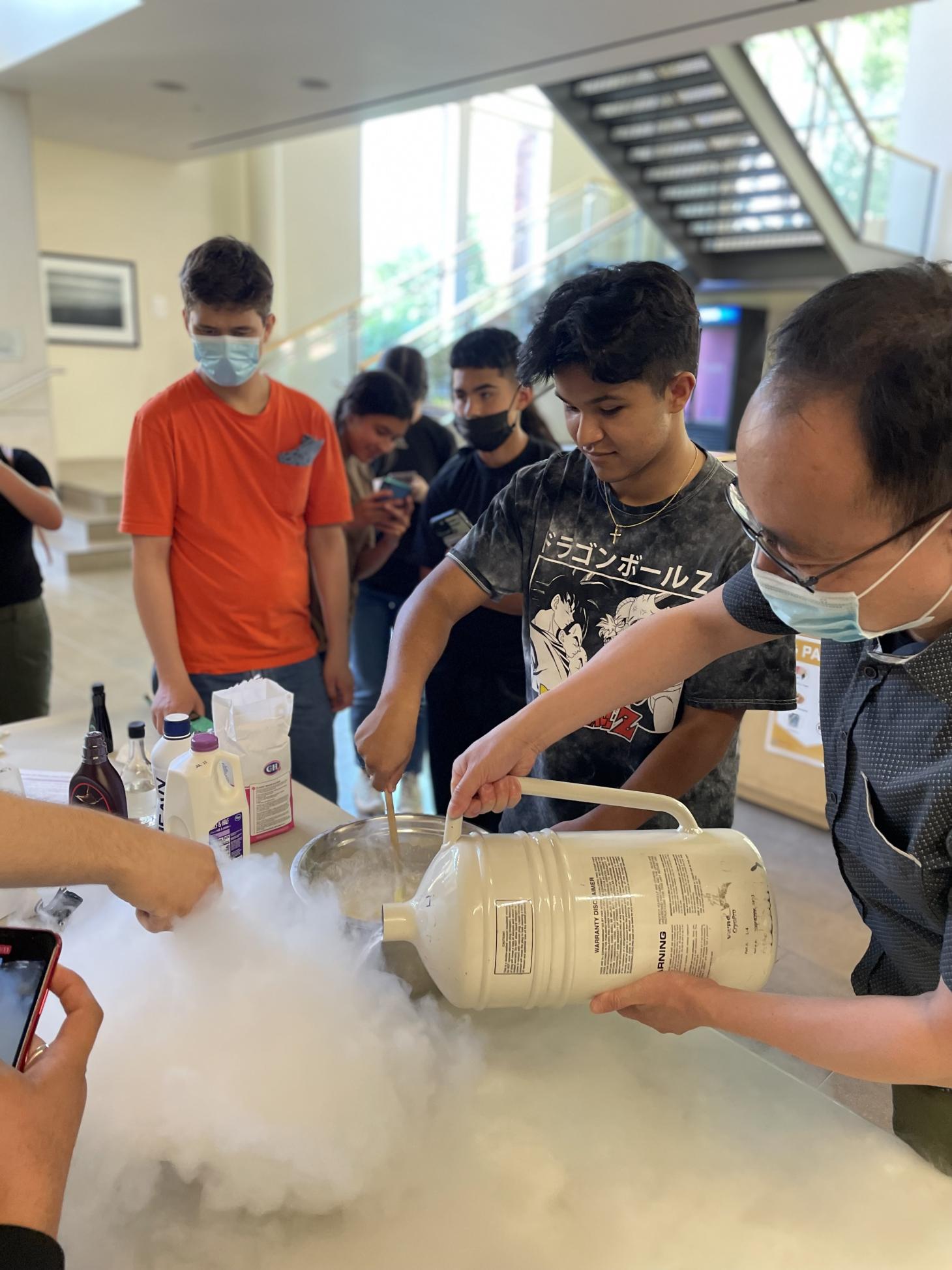 A yearly favorite, day one of camp finished with a science-themed Jeopardy competition involving the shrinking balloon and Elephant toothpaste, a seemingly “explosive” reaction of a foamy substance created by the catalytic decomposition of hydrogen peroxide.

“I love co-hosting this camp because students from various parts of Oregon with varying degrees of interest in post-secondary education and STEM get a sneak peek of what it’s like to be a college student,” said Jose Garcia, Open Campus and Juntos program coordinator. “Students come with pre-conceived notions of what residence halls, classrooms, recreation facilities and laboratories might be like and experience such spaces around campus for themselves. They can, more realistically, imagine themselves in those environments in the future.”

The high schoolers described their camp experiences as “interesting,” “fun” and “family feeling.” Many decided they would apply to Oregon State in the future. 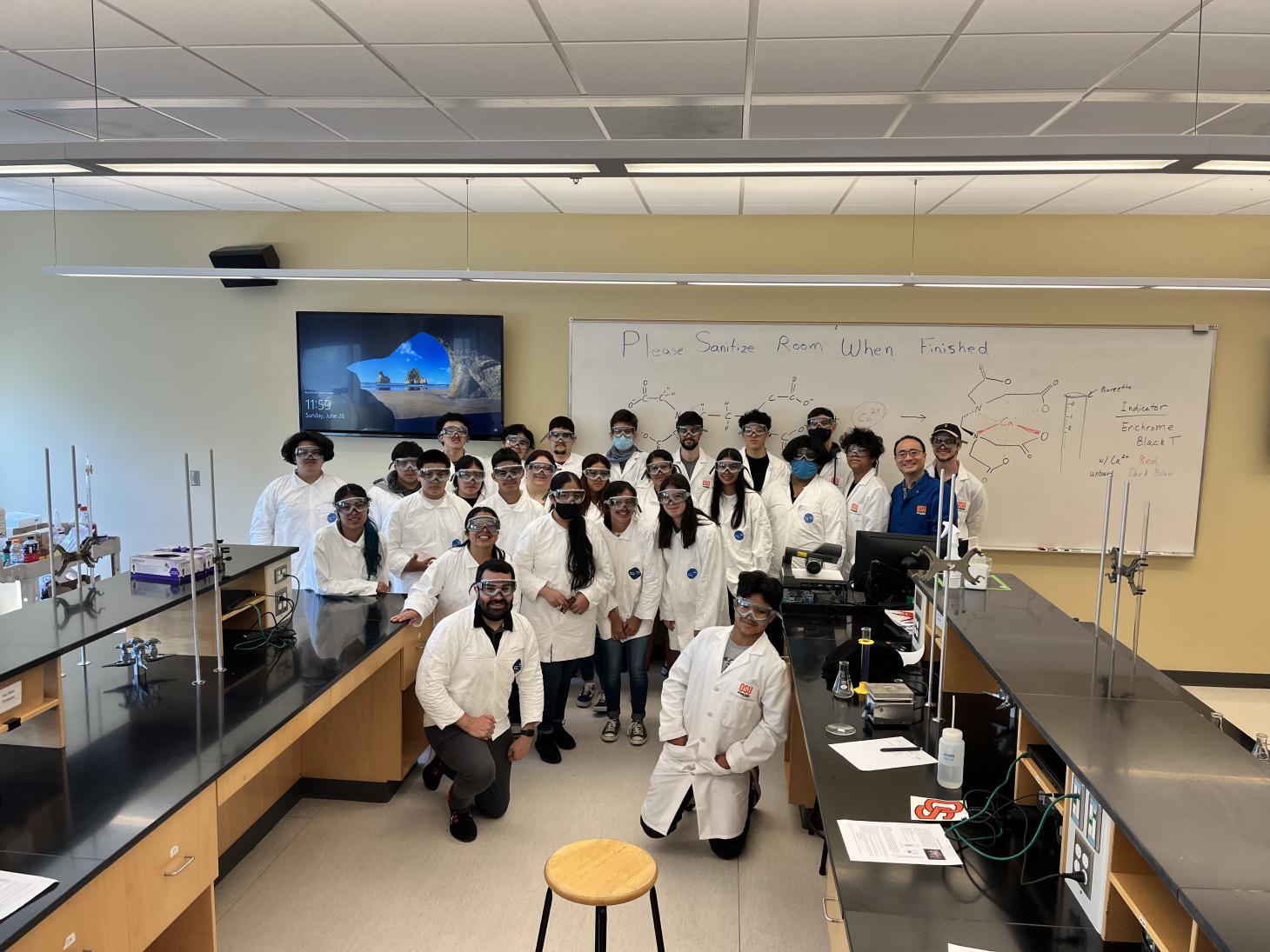 Juntos Chemistry Camp campers and chaperones smiling after an engaging general chemistry lab at LPSC measuring the hardness of water. 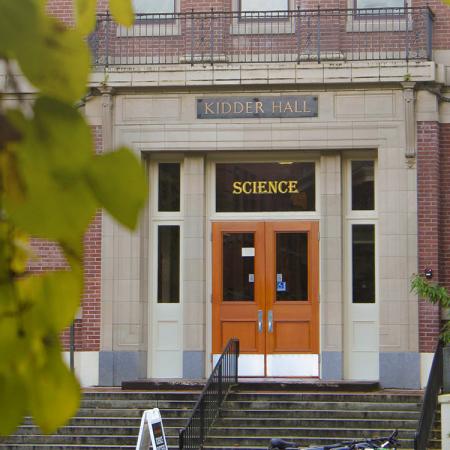 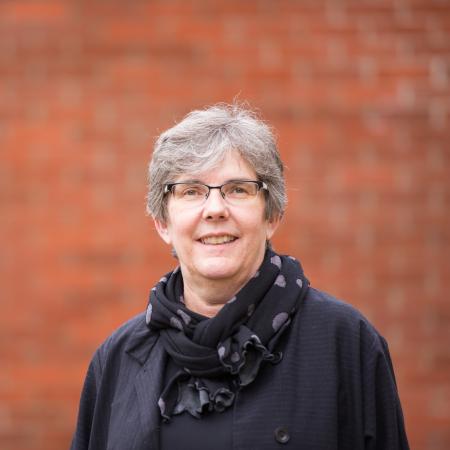