The critical role research plays in addressing fundamental questions and society's great challenges has never been greater. So, it is significant that the College of Science had an award-winning year of funding success even in the midst of pandemic challenges. In fiscal year 2021, the College’s research awards rose to $24.4M, a 55% increase over the average of the previous three years and one of the highest award levels ever. The previous year’s total was $15.82 million.

As the graph below indicates, most of the College’s funding was awarded by federal agencies with the National Science Foundation ($13.3M) and National Institutes of Health ($3.7M) leading the list. Foundation and industry awards contributed $4.2M. 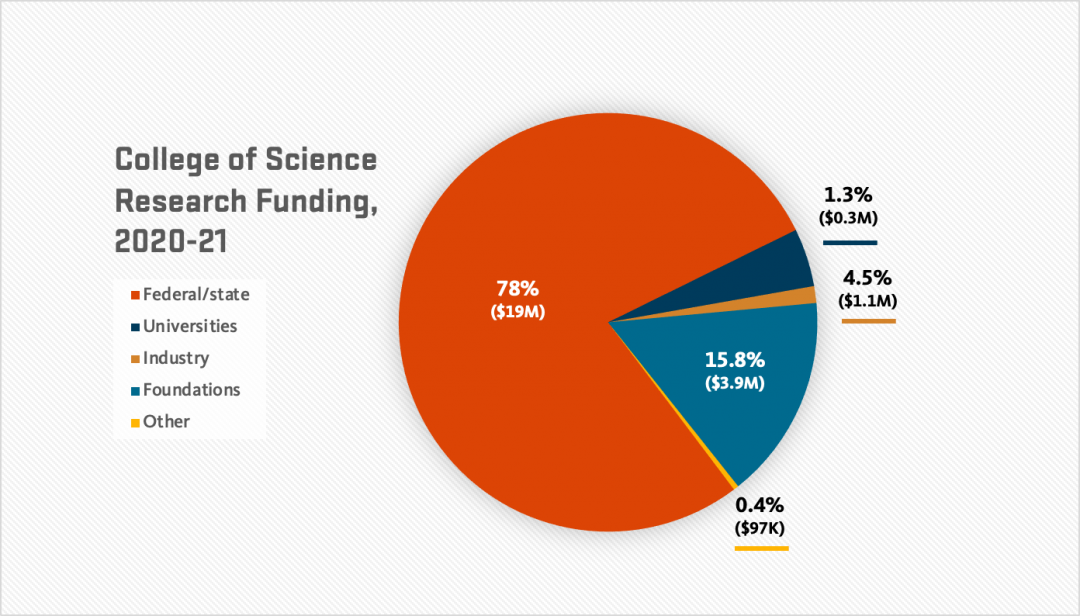 The funding increases were distributed broadly across the College. 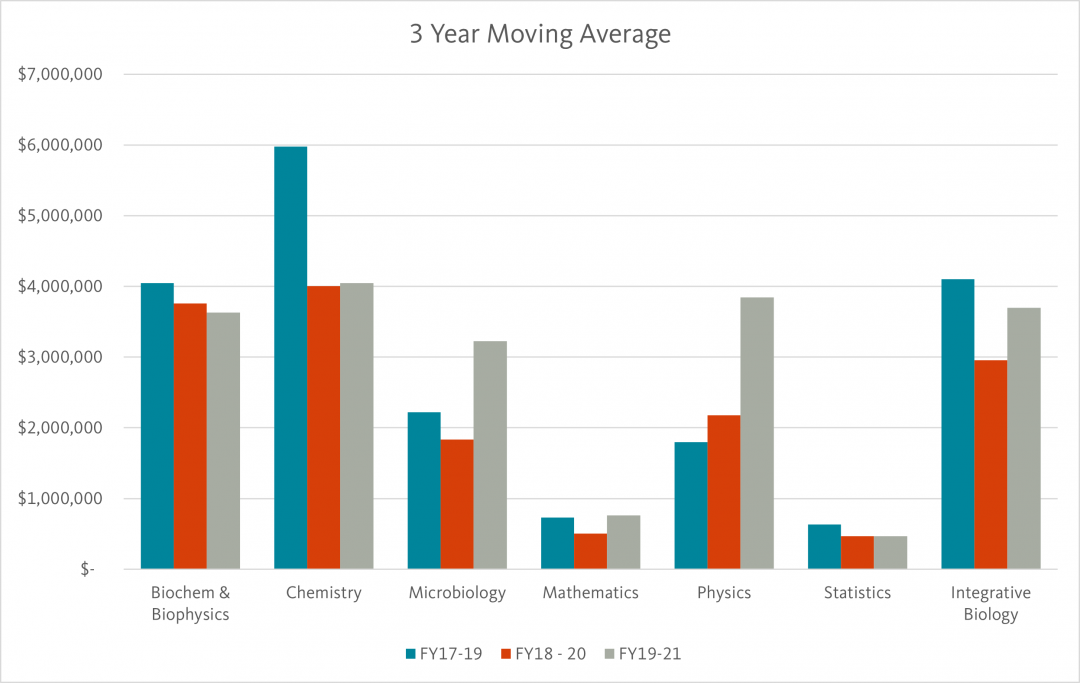 Many science faculty received substantial research grants last year. College of Science research awards led to advancements in areas ranging from the COVID-19 pandemic to energy security and sustainability, understanding of the universe via low-frequency gravitational waves, the crisis of global warming, biomedical challenges, mathematical models of complex phenomena, implementation of evidence based teaching practices in mathematics and other pioneering research. Below are just a few notable awards.

The College of Science cultivates research and scholarship, in part, through its Science Research and Innovation Seed (SciRIS) Program, which aims to accelerate the pace of research, discovery and innovation in the College. Between 2019 and 2021, SciRIS has provided $763K in seed funding to research projects that are high-impact, collaborative, cut across disciplines, and drive research toward addressing significant societal and marketplace needs.