When two-thirds of a rat's liver is removed, the remaining one-third will grow back to its original size. How does the liver know when to stop growing? Through a new National Science Foundation-funded project, Afua Nyarko, assistant professor of biochemistry and biophysics, looks to understand why.

Nyarko's project, entitled "Assembly of multivalent regulatory complexes in hippo signaling" has received $820K over a four-year period to conduct research into biological processes important for the regulation of cell growth, memory and kidney function. She hopes that her research will broaden the scope of scientific knowledge, opening new doors for disease treatment.

Specifically, Nyarko explains, a signaling pathway refers to the way information is transmitted between molecules to determine the behavior of a cell. Information from the environment is transmitted to a specific protein receptor, which sends a signal from one molecule to another, like dominos, repeating throughout the entire signaling pathway until the cell function is carried out.

Nyarko's lab is particularly interested in the hippo signaling pathway - so named, because gene mutations can cause 'hippopotamus-like' tissue overgrowth. In a healthy animal, this pathway works to effectively regulate cell division and programmed cell death (apoptosis) - ensuring that the body can grow and regenerate. Mutations in this pathway can interrupt this balance, causing enlargement of organs and cancerous growth.

While there has been growing interest in the role of signaling in cancer development within the research and medical community, scientific progress has remained challenging. The hippo pathway relies on intrinsically disordered proteins (IDPs) – unstructured, flexible proteins important for many cellular functions due to their highly tuned and easily reversible interactions with each other. At the same time, IDPs are nearly impossible to study using traditional biophysical methods due to their poor stability, structural heterogeneity and dynamic nature.

Fragile and lacking a compact structure, one of the only current methods to effectively study these proteins is nuclear magnetic resonance (NMR), a high-powered magnet capable of determining the dynamics, structure and interaction surfaces with high resolution.

Supported by $2M in NIH and Murdock grants, Oregon State University is a leader in the region with the highest-power 800 MHz NMR spectrometer in the state. “The future is disorder,” says Elisar Barbar, department head and faculty director of the NMR Facility. “Thirty percent of the human genome codes for intrinsically disordered proteins, and the expertise and instrumentation available at OSU puts us in a unique position to continue to make a huge impact.” 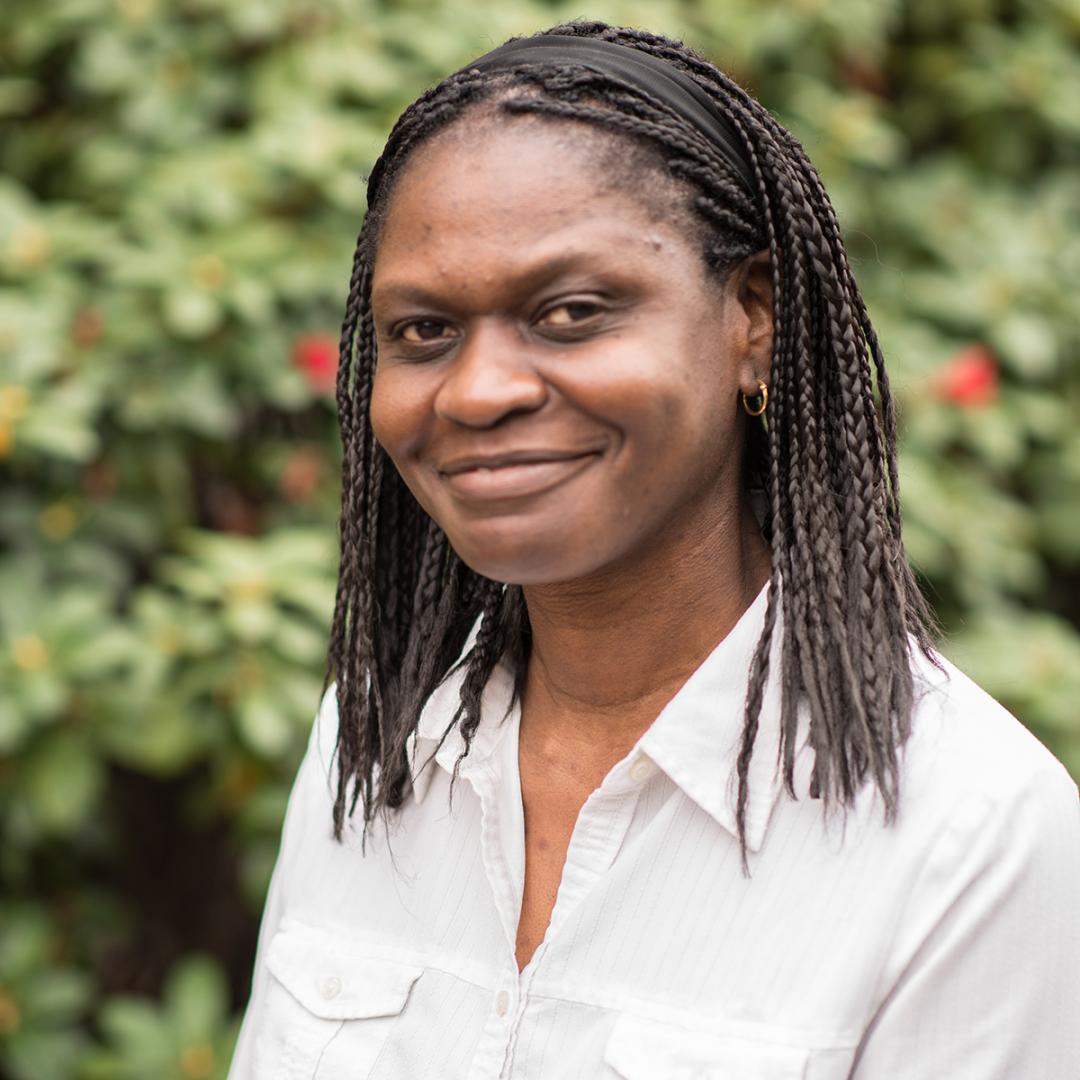 An assistant professor in the biochemistry department, Nyarko specializes in uncovering the structure of intrinsically disordered proteins.

Nyarko was a post-doc at the University of York before coming to Oregon State for a second post-doc in Barbar's lab, where she gained renown for her skill in working with large IDPs.

Growing up in Accra, Ghana, Nyarko recognizes the significance being one of the few Black women scientists on campus has for aspiring scientists. "I am well positioned to enhance the college experience of underrepresented minorities and provide opportunities for them to engage in mentored research," she said.

"Working with Dr. Nyarko has made me feel that I am capable of anything."

One student remarked, "It is wonderful to work in a space where I feel safe to openly be myself and know that my mentor will not see me differently because of it. Working with Dr. Nyarko has made me feel that I am capable of anything."

With her new funding, Nyarko is eager to provide greater opportunities for undergraduates to gain hands-on research experience. “My lab is always seeking to diversify our environment and thinking because we believe that diversity enriches our world view and makes us better scientists” she said.

"Afua is the reason I am a scientist today," reflected Diego Rodriguez, a recent biochemistry graduate. "Her mentorship, patience and time is what made everything else possible," A first-generation student, Rodriguez has co-authored two published articles and received numerous collegiate and national awards. He is currently a research associate at the Broad Institute of MIT and Harvard where he plans to pursue an M.D.-Ph.D. program next year.