In the span of two enviable months, Biochemistry and Biophysics professor Ryan Mehl has received two federal grants amounting to more than $2.355 million related to his work in genetic code expansion (GCE). This funding reflects the lab’s growing success in a field that reimagines how technology can influence scientific discovery.

Biochemistry methodology usually involves the analysis of proteins that already exist in natural systems. These traditionally comprise some 20 amino acids which are encoded through the process of translation. Using genetic code expansion, the Mehl Lab can introduce unnatural or fundamentally new synthetic building blocks that give these proteins new functionalities.

The process works by first designing and synthesizing new amino acids using organic chemistry. Next, scientists in the Mehl and Rick Cooley research groups engineer specific enzymes within the cellular translation pathway that are able to recognize these amino acids in the media and incorporate them into the growing protein.

“My goal is to train as many people as possible, and find the tipping point where the optimized technology catches hold as a basic tool for protein research."

Mehl, who began his career teaching at Franklin and Marshall College, has received funding from the National Science Foundation (NSF) for the past 16 years for his project building the GCE chassis and applications derived from proteins with new abilities.

In fact, his success in this work was what ultimately led to him moving to Oregon State University and founding the Unnatural Protein (UP) Facility, which runs workshops hosting twenty people from around the world each year. Along with Biochemistry Research Assistant Professor Rick Cooley and Senior Instructor Kari Van Zee, Mehl provides training in foundational GCE technology that labs around the world can use to enhance their own research.

“We teach people how to make GCE work for them, wherever their current limitations are,” Mehl said. “My goal is to train as many people as possible, and find the tipping point where the optimized technology catches hold as a basic tool for protein research.”

As part of his grant funding, the NSF will continue to fund fellowships for underrepresented scientists to be part of the workshop to enhance the diversity of the field.

Additionally, the grant will provide funding and equipment to enhance education in OSU undergraduate courses – particularly BB 494, a biochemistry lab course co-taught by Mehl and Van Zee around GCE.

“The enhancement of diversity, and education at OSU and in the department is a really nice component of this award.”

“The lab course teaches OSU students how GCE technology works and allows them to explore its use in their own self-designed experiments,” he explained.

The course has been highly successful – in fact, in the last cycle of the NSF funding the team published a paper in the Journal of Chemical Education involving the undergraduate coursework.

“The enhancement of diversity, and education at OSU and in the department is a really nice component of this award,” said Mehl.

In funding from a previous grant cycle, the lab pioneered a methodology for labeling proteins – now being used by therapeutic applications and sensors.

The next four-year generation of funding, totaling $1.21M, will attempt to take this protein labeling concept even further – moving fast protein labeling into human cells. By monitoring the labeling of proteins on the single-molecule level in real time, it is possible to track protein mobility and interactions within cells.

Mehl hopes to use this new functionality to vastly improve protein imaging technology. This requires increasing the speeds at which labeling and images are collected.

“It's sort of like a combination of building a really fast reaction, and making it work on proteins inside cells so that we can image proteins in real time,” he said.

This is a two-part process. First, the ability to introduce new imaging technology into the cells, and next, synthesizing a reaction that optimizes the speed at which protein labeling can be observed.

Similar to the shutter speed of a camera, an increased reaction speed enables greater visibility.

“We have evidence that we can go to speeds that no one has ever gone to before.”

“We have evidence that we can go to speeds that no one has ever gone to before,” he said.

Previous cycles of the grant provided funding for building these two components individually, and with this next round of funding, the Mehl group will be able to put it into action. With these increased speeds, they are optimistic that they will be able to see protein interactions in human cells in detail never seen before.

“We have the components in place now. So now the grant will be about fine tuning it and gathering the images.”

The second grant Mehl received, titled “Defining Roles of Nitro Tyrosine in Disease Via Genetic Code Expansion,” takes GCE technology in an entirely different direction from the NSF work. Funded by the National Institutes of Health (NIH), this $1.145M grant is a renewal of previous NIH research and will continue to fund Mehl’s research on oxidative stress post-translational modifications.

As Mehl explains, there may be many reasons for protein modifications, including oxidative stress. At Oregon State, Mehl, along with biochemistry professor Joe Beckman and assistant professor Maca Franco, have been studying a particular modification known as tyrosine nitration.

“At OSU we are a hub of studying this particular modification, tyrosine nitration, because we think it is so important to disease,” said Mehl.

"Our Aha moment in discovering the denitrase system was – if biology has a system to repair nitrated proteins causes in disease and aging … then why isn’t it working?”

While it is generally accepted that this modification happens in most body processes, so far, there is little understanding of its functional role. One thing that scientists do agree on, however, is that as people age, the prevalence of this modification increases.

“No one before could ever study what these nitrated proteins do because no one could make them,” said Mehl.

The next four-year grant cycle aims to detect the presence of an enzyme – known as the denitrase – that scientists believe has the ability to repair this modification.

“Our aha moment in discovering the denitrase system was – if biology has a system to repair nitrated proteins causes in disease and aging… then why isn’t it working?”

With his GCE technology, he will be able to create nitrated proteins that can be studied inside and outside of the living system, providing greater detail and understanding. “What we’re doing, is trying to understand how to make this denitrase protein turn back the clock on aging and disease, or at least better clean up oxidative stress in the body.”

The funding that Mehl has received is a vote of confidence that his next-generation technology will continue to revolutionize scientific and medical innovation. Oregon State University and the College of Science congratulate Mehl and his team for this momentous achievement. 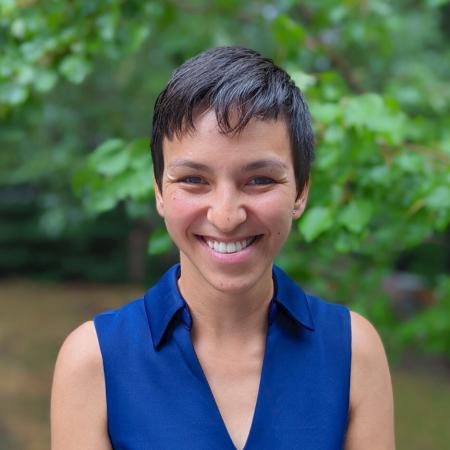 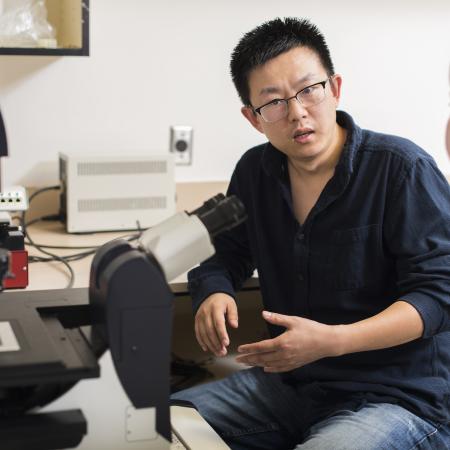 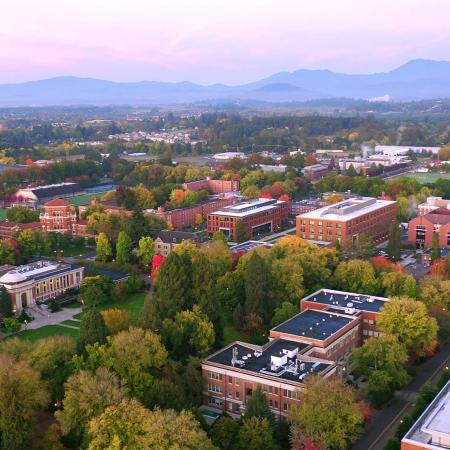