Hermiston, Ore. – Preliminary results from random door-to-door TRACE-COVID-19 sampling by Oregon State University last weekend suggest that 17% of the Hermiston community had the novel coronavirus that causes COVID-19 on July 25-26.

“The results of this study are a significant warning,” said Hermiston Mayor David Drotzmann. “We now have a clearer picture of how many people are carrying this disease without knowing it, and how rapidly it is spreading family to family, household to household.”

“Our results indicate the virus is extremely widespread in Hermiston and more prevalent than previous data had indicated,” added Ben Dalziel, assistant professor in the Department of Integrative Biology and co-director of the project.

In Hermiston, 29 two-person field teams canvased 30 neighborhoods, with 249 of the households visited, or 44%, agreeing to participate. In all, the field workers received samples from 471 people, and 41 tested positive for SARS-CoV-2, the virus that causes COVID-19. TRACE modeling, which takes into account the sensitivity of the test and the locations of the positive individuals, estimates the prevalence of the virus last weekend was 169 out of every 1,000 people in Hermiston. That translates to nearly 3,000 infected people in the city overall.

“This study confirms what we have feared based on weeks of troubling data from the Oregon Health Authority: The coronavirus has spread throughout Hermiston and threatens the entire community,” said Oregon Gov. Kate Brown. “Umatilla County is now in a ‘baseline, stay home’ status and we must do everything possible to contain these outbreaks. Wear your face coverings, watch your distance and wash your hands. I’d like to thank the TRACE team at Oregon State for their hard work on this important research.”

“These data reaffirm what we are learning from public health investigations, that in addition to outbreaks, there are many cases of COVID-19 which are sporadic,” said Dean Sidelinger, health officer and state epidemiologist at the Oregon Health Authority. “This indicates wide community spread.”

Oregon State University researchers also gathered multiple wastewater samples from Hermiston and neighboring Boardman in early July and again from July 21-24. Analysis of the wastewater samples “showed consistently strong viral signals in both cities that have remained very high and not decreased over time,” said lead researcher Tyler Radniecki of the OSU College of Engineering.

“The levels recorded are significantly higher than any of TRACE’s previous wastewater samples,” he added.

Both the door-to-door and the wastewater results indicate the virus is widespread in Hermiston and the situation is serious and warrants immediate action, said TRACE leaders.

“Half of the 30 randomly selected neighborhoods we visited had at least one positive participant,” said Dalziel. “This means that the virus is very widespread within the community, not clustered in only a few locations.”

As well, 80% of those Hermiston community members who tested positive in the TRACE sampling did not report symptoms of the virus.

“This result is cause for concern because efforts to monitor and stop spread that are based on symptoms will miss many infected individuals,” said Dalziel. “The large number of infected people without symptoms combined with the widespread distribution of the virus within Hermiston creates significant risks for the entire population.”

“Residents should pay close attention to social distancing and follow the statewide face-covering mandate that began earlier this month,” added Javier Nieto, dean of OSU’s College of Public Health and Human Services and another of TRACE’s leaders. “Other measures, such as avoiding large gatherings, will also help slow the spread of the virus, in line with the state of Oregon’s decision announced today to move Umatilla and Morrow counties back to phase one COVID-19 status. It is particularly important that individuals who have symptoms or who have tested positive follow state and county health guidelines such as self-isolating and seeking medical care.”

Hermiston is the largest city in northeastern Oregon at just over 18,000 people, and Umatilla County ranks first among the state’s 36 counties in the number of COVID-19 cases per 10,000 people, with over 222 cases per 10,000 as of July 30. This tally includes both current and past cases. Most of the businesses where cases have spiked are in the food processing industry, though the list also includes Hermiston’s Walmart distribution center and Marlette Homes, a maker of manufactured houses.

"Based on the numbers that we are seeing in our county, sadly, I am not surprised by the TRACE results," added Jonathan Hitzman, health officer for Umatilla County. "Our business community is doing a remarkable job of helping to contain this virus, but I am distraught by the extremely high number of asymptomatic positives in the study. This certainly helps to explain, in part, why we are having such a difficult time getting ahead of this thing."

The TRACE study is a collaboration of the OSU colleges of Science, Agricultural Sciences, Engineering, Public Health and Human Sciences, and the Carlson College of Veterinary Medicine, in partnership with county health officials.

“We are grateful to the Hermiston residents who were willing to participate in TRACE,” said Jeff Bethel, an associate professor in OSU’s College of Public Health and Human Sciences and a member of the TRACE leadership team. “The results show that if individuals wish to avoid infection, they need to be extra vigilant and abide by health officials’ guidance. And because the vast majority of people infected report no symptoms, extra care and additional testing is warranted beyond only those who report symptoms.”

TRACE uses a statistical model to estimate the proportion of the community that is infected during the period when the samples were collected. The model uses information on the number of samples, the number of positive tests, the sensitivity of the tests and the locations of the positive results within neighborhoods and households.

“TRACE does two things,” Dalziel said. “First, we find and get help to participants who are infected but do not know they are, which reduces the chances of these folks unknowingly spreading the virus to other people. Second, we rapidly estimate how widespread the virus is in the general population, which informs public health strategies. Rapid, representative estimates of community prevalence provide a different type of information than case counts or hospitalizations, since those indicators tend to lag behind current conditions, and are biased toward individuals who show symptoms.”

The study initially was funded by OSU and a grant from the David and Lucile Packard Foundation, and has been aided by work from the OSU Foundation and the OSU Alumni Association. Funding from PacificSource Health Plans allowed for expansion to Bend and Newport and additional sampling in Corvallis, and the Oregon Health Authority funded the Hermiston sampling.

At each home visited by TRACE field workers, members of the household are invited to participate in the study. Those who choose to take part are asked to provide information such as their name and date of birth; to fill out a simple consent form; and to answer a few confidential, health-related questions.

Participants are given a nasal-swab test kit that they administer to themselves inside their home and their minor children if they want them to take part. The field staff wait outside, and the participants leave the completed test kits outside their front door. Field staff maintain a safe distance at all times and do not enter anyone’s home.

The tests used in TRACE-COVID-19 collect material from the entrance of the nose and are more comfortable and less invasive than the tests that collect secretions from the throat and the back of the nose.

The field workers leave participants with information about the project and how they will receive their results as well as health guidance from county health officials and the Centers for Disease Control and Prevention. Participants in the study are sent their results and those of their minor children by secure email with receipt by standard mail delivery as a backup. Everyone’s personal information is safeguarded.

The diagnostic testing component of TRACE operates through a partnership between the Oregon Veterinary Diagnostic Laboratory, which is located at OSU, and Willamette Valley Toxicology.

For more information about TRACE, visit the TRACE-COVID-19 website. The site includes a list of frequently asked questions.

COVID-19, first reported to the World Health Organization on Dec. 31, 2019, has been confirmed in more than 16 million people worldwide and has killed more than 660,000 people. In the United States, there have been more than 4.3 million reported cases – including more than 17,000 in Oregon – and more than 148,000 deaths nationwide. Umatilla County has had 1,780 confirmed cases and 20 deaths.

“TRACE’s work is only possible because community members and health officials have worked with the TRACE team to obtain meaningful results that present a representative picture of the whole community in a very short period of time,” Bethel said. “We’re grateful for their help in providing information that is useful both to individual residents and to health officials.” 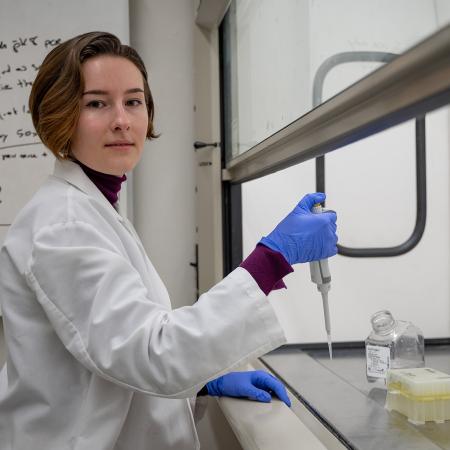