“The world has never truly had such a pigment,” said Subramanian, the Milton Harris Professor of Materials Science. “If successful, our research will discover bright, environmentally benign pigments that can be used by artists, in industrial paints and in other coating technologies. It would also bring a huge long-term payoff, not only as a commercial success but by advancing color chemistry and technology.”

Subramanian’s lab rocked the pigment world in 2009 with the accidental discovery of YInMn blue. He and his team were experimenting with new materials that could be used in electronics applications and mixed manganese oxide – which is black in color – with other chemicals, then heated them in a furnace to nearly 2,000 degrees Fahrenheit.

One of their samples turned out to be a brilliant blue, named YInMn blue after the component elements yttrium, indium and manganese. It was the first blue pigment discovery in two centuries and a huge advance in safety and durability as well as vividness. 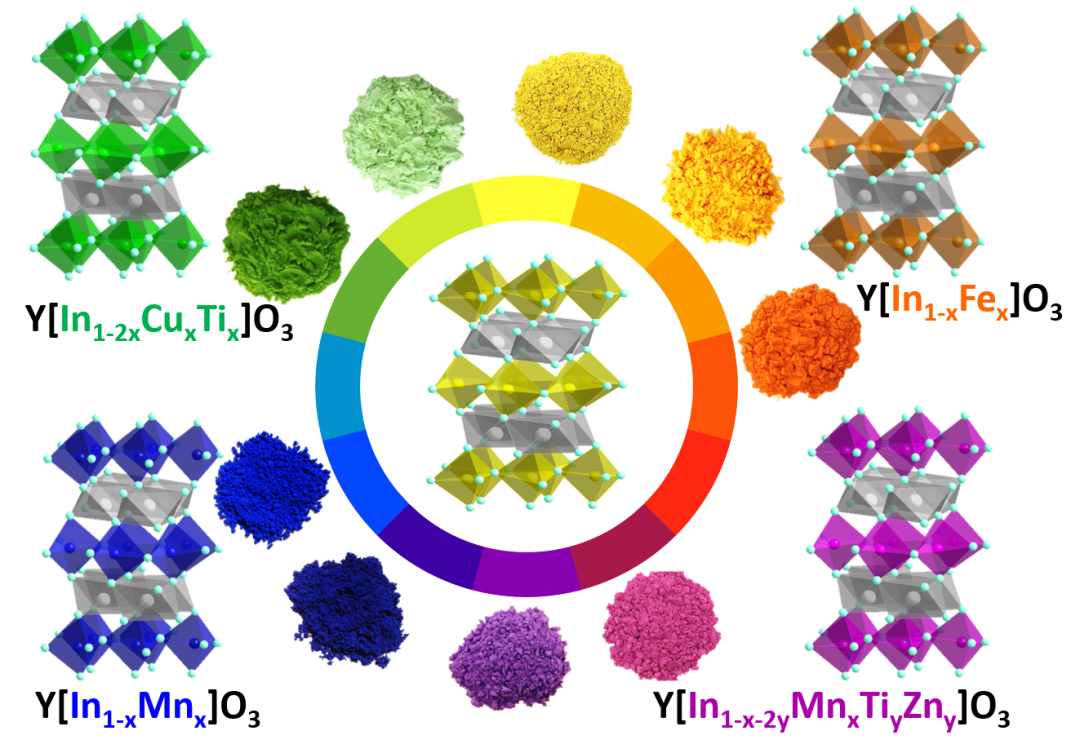 The Shepherd Color Company licensed YInMn blue for use in a wide range of coatings and plastics, and it also inspired a new Crayola crayon color: Bluetiful.

Since their historic blue discovery, Subramanian and his team have successfully designed other durable colors – yellow, orange, green and purple – by tweaking the YInMn chemistry. The color missing in the palette is red.

Now the National Science Foundation has awarded Subramanian a special grant earmarked for high-risk, high-reward research. The grant is known by the acronym EAGER, which stands for Early Concepts Grants for Exploratory Research.

“The high level of trust the NSF has in me is an honor,” he said. “The fundamental research in solid state materials chemistry that we do in academia can have enormous impacts on the strength of American industry and thus the entire U.S. economy and our national competitiveness. Our approach will be probing structure and bonding in solid state materials and how that structure and bonding correlate with observed color properties.”

The work will provide a training ground for both graduate and undergraduate students at Oregon State University, he said. It will also involve summer high school interns from a range of backgrounds.