For Rachel Sousa, being a woman in a notoriously male-dominated field is no obstacle – it just motivates her to work harder. Sousa is a senior mathematics major with a focus on mathematical biology and a minor in computer science at OSU. She also works as an undergraduate research assistant in Assistant Professor of Chemical Engineer Cory Simon’s Lab and interned this summer at the National Cancer Institute at the University of Utah.

But the aspiring mathematician hasn’t always been interested in this career path or even believed it was possible. As a first-generation college student, she didn’t have access to many of the support and resources that her peers did.

“My parents were always very supportive. They just didn’t know what to tell me to do,” explains Sousa. Although their own lack of college experience did not stop Sousa’s parents from trying their best to ensure their children could have the best education possible.

“I have an older brother who’s two years older than me, and whenever we were on car rides, my dad would always quiz us on math,” Sousa said. “My dad said I used to be deterred from answering, because [my brother] was older and would always get things right before me.”

“My parents were always very supportive. They just didn’t know what to tell me to do,” explains Sousa, a first generation college student.

Of course, this all changed when she started second grade and began practicing math with peers her own age. “I remember maybe in second grade we had the timed multiplication tables, and I used to love racing through them. It really piqued my interest,” she explains.

After that, Sousa was hooked. She made the decision to become a math teacher, dual majoring in mathematics and education so that she could help other children overcome their fear of math as well.

“I think having a bad math teacher really deters you from liking math. I had a really good high school math teacher and a really bad one, so I wanted to become one of the good ones. I think math is super nice and beautiful, and I wish everybody could appreciate it,” Sousa said.

Then everything changed when Sousa got to OSU.

Talking with senior mathematics students and faculty in a prerequisite course for math majors, she learned that teaching math was only one of many possibilities that the major could offer.

“There was one student who was working with the baseball team on campus and doing stats on them, and another student who had been doing research over the summer on river water bed systems. I just had never thought about using math for all these other opportunities,” said Sousa.

“I figured if after I graduate I still want to teach I can still do that. Whereas if I had stayed on the teaching track, I only had one path I could go down,” Sousa explained.

It was at a faculty mixer hosted by the College of Science during Sousa’s freshman year that she first was introduced to Dr. Simon, a chemical engineering faculty researcher in the College of Engineering who had a background in math.

In the Simon Lab, Sousa is working on an individual project using mathematical biology to study an ecological phenomenon known as ‘fairy circles;’ mysterious circular patches of barren land that occur in arid grasslands along the Namib Desert and in parts of Australia. Fairy circles have been a mystery to scientists since the 1970s and continue to fascinate scientists to this day.

“I’m not afraid to put myself out there anymore… I never thought I would get the National Cancer Institute’s summer research internship program, but I did.”

Sousa was awarded an URSA Engage scholarship and a SURE Science Award in 2018, allowing her to spend many hours in the Simon Lab throughout her years at OSU.

Recently Sousa contributed to a group project in the Simon Lab studying metal-organic frameworks, porous molecules that are able to store gasses that have a wide variety of functions. For her part of the project, Sousa used mathematical techniques such as Singular Value Decomposition to break down three-dimensional formulas into two dimensions to analyze the different components. She was also responsible for writing part of a research paper that was published in an academic journal in May 2019, and which earned her a listing as a coauthor, quite a feat for an undergraduate.

In the summer of 2019, Sousa’s research took her all the way to the National Cancer Institute at the University of Utah, where she used mathematical modeling of cancer cell plasticity to understand induced drug resistance and cancer immune cell therapies.

Sousa is grateful for her time at OSU for helping her grow her confidence and expand her horizons.

“I think the biggest thing to overcome was forcing myself out of my comfort zone and really learning about all the opportunities they offer here. I’ve definitely become more open, and I like saying “yes” to whatever opportunities are available,” reflects Sousa.

“I’m not afraid to put myself out there anymore… I never thought I would get the National Cancer Institute’s summer research internship program, but I did.”

She also serves as Vice President of OSU’s Math Club and volunteers in Discovery Days, an annual event where elementary school children come to OSU’s campus to learn about science, engineering, technology and mathematics.

“I really enjoy being able to share my love of math with the kids and see their faces light up when they discover something they hadn’t known before.” 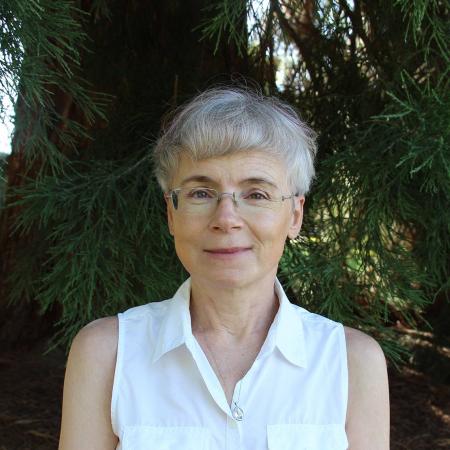 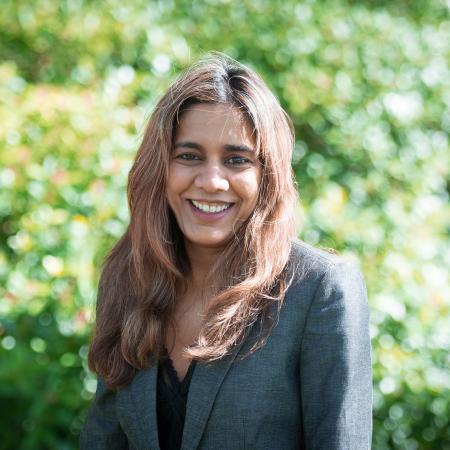