The College of Science is delighted to announce that Delaney Smith, a junior biochemistry and biophysics major, has received the Barry Goldwater Scholarship for 2018, the top undergraduate award in the country for sophomores and juniors in the fields of science, technology, engineering and mathematics (STEM). Goldwater Scholars are selected on the basis of outstanding academic achievement and for demonstrating the potential to pursue research careers.

Smith, an Honors College student pursuing a double major in biochemistry/biophysics and education as well as a minor in chemistry, has been selected for the prestigious Goldwater scholarship this year. Her achievement is all the more impressive because she is the only Goldwater scholar selected from an Oregon institution this year. Smith received a Goldwater Honorable Mention in 2017.

Additionally, Kendra Jackson, an Honors College sophomore in biochemistry and molecular biology, has been recognized with the Goldwater Honorable Mention, 2018.

Smith is among 211 undergraduate sophomores and juniors across the United States who received the Goldwater scholarships this year from a field of 1,280 STEM candidates nominated from over 2,000 colleges and universities nationwide.

“Congratulations to Delaney and Kendra for being recognized as Goldwater Scholars for their academic excellence. I  am proud of them and our outstanding students and alumni and our dedicated faculty and advisors who tirelessly mentor and encourage students to reach their highest potential as scientists,” said Roy Haggerty, Dean of the College of Science.

The only child of a single mother, Smith grew up in Portland, Oregon. Her grandfather was a diplomat in the Soviet Union, and in the years following the disintegration of the Soviet Union, her family left Russia to avoid political persecution. Smith’s mother got a job as an elementary school teacher as the family made its home in Portland. However, they also struggled to make ends meet when Smith was younger, and she helped out by taking on odd jobs throughout middle school and high school.

Undeterred by her financial circumstances, Smith worked hard, graduating as a valedictorian in high school and making her way to the Department of Biochemistry and Biophysics at OSU. An outstanding student, Smith’s scholarships have freed her from financial constraints, enabling her to focus her time and energy on academics and research.

She is an OSU Presidential Scholar as well as a recipient of the Tunison Scholarship from OSU’s chapter of the honor society Phi Kappa Phi awarded for impressive scholarly achievements. She has also garnered several College of Science scholarships, including the Haberman Premedical Scholarship and the Elizabeth Reeves Scholarship for excellence in academics, extracurricular activities, leadership and research. 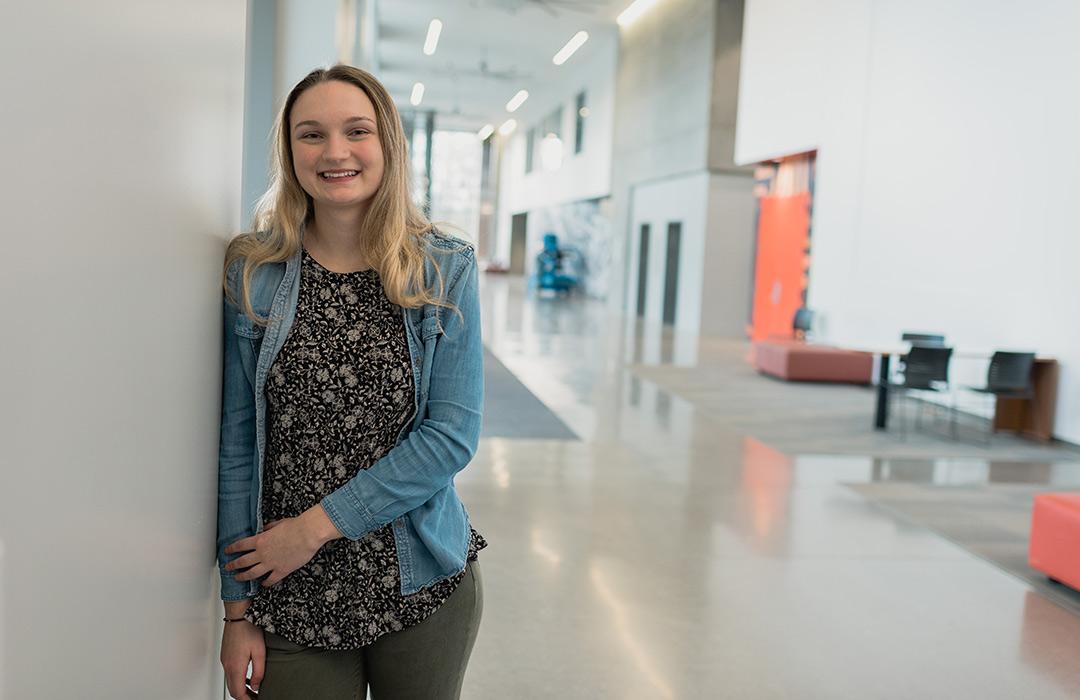 Smith was inducted into research early as a high school student when she was selected for the apprenticeship in science and engineering program in Portland to do research in a behavioral neuroscience lab at Oregon Health and Sciences University (OHSU). She was able to engage in biomedical research, investigating alcohol use disorders using a binge-drinking mouse model. Although the outcome of her experiment didn’t match her hypothesis, the high school student learned an important lesson about scientific endeavors.

“I was disappointed by the results, but as I wrote my conclusion, I remembered other discussions I had read. Many experimental outcomes didn't match the predictions, but they all produced new knowledge. Through this experience, I became intrigued by the unpredictable yet utterly gratifying research process.”

Since first diving into research, Smith has moved on to significant scientific accomplishments in her undergraduate career. Her research experiences in OSU and OHSU have inspired her to delve into molecular research that spans both human and botanical worlds.

At OSU, Smith has done extensive research in Professor Jeff Chang’s lab in the Department of Botany and Plant Pathology. There Smith is working towards characterizing the ecological role of a toxic protein delivery system encoded by the plant pathogen Agrobacterium tumefaciens, utilizing experimental techniques in molecular biology as well as bioinformatics and programming to study interbacterial interactions in the plant pathogen.

Smith’s research in Chang’s Lab was supported by a Summer Undergraduate Research Experience (SURE Science) scholarship and an OSU Undergraduate Research Innovation, Scholarship and Creativity (URISC) grant. Smith has even co-authored a book chapter with Chang and other members of his lab that will appear in Agrobacterium, published by Springer Nature.

“I think getting that one-on-one relationship with a professor opens up a bunch of opportunities. Also, being able to think scientifically opens up multiple career paths in academia and industry,” said Smith, who has been a student researcher in Chang’s Lab for the last three years.

“Having that skill set, being able to independently collect data, analyze it and plan out an experiment is going to be valuable in the work-force. I feel I can independently run an experiment, and I am fortunate that I can write and communicate my science fairly well,” she elaborated.

Chang said he is very proud of Smith’s achievement and considers her very deserving of the national recognition.

“Delaney is unusually motivated, unafraid of challenging herself and being challenged, and shows a remarkable ability to process complex information to grasp both the big picture and the details,” Chang observed.

“Delaney is well on her way to achieving her goals and will undoubtedly be a leader that makes important contributions to society,” he added.

Smith’s primary research interest is in the field of molecular medicine. She returns to OHSU every summer to work in Dr. Angela Ozburn’s Lab where she explores the molecular mechanisms of alcohol addiction. Specifically, Smith assists with research on the correlations between circadian genes and the severity of alcohol use disorders (AUD). 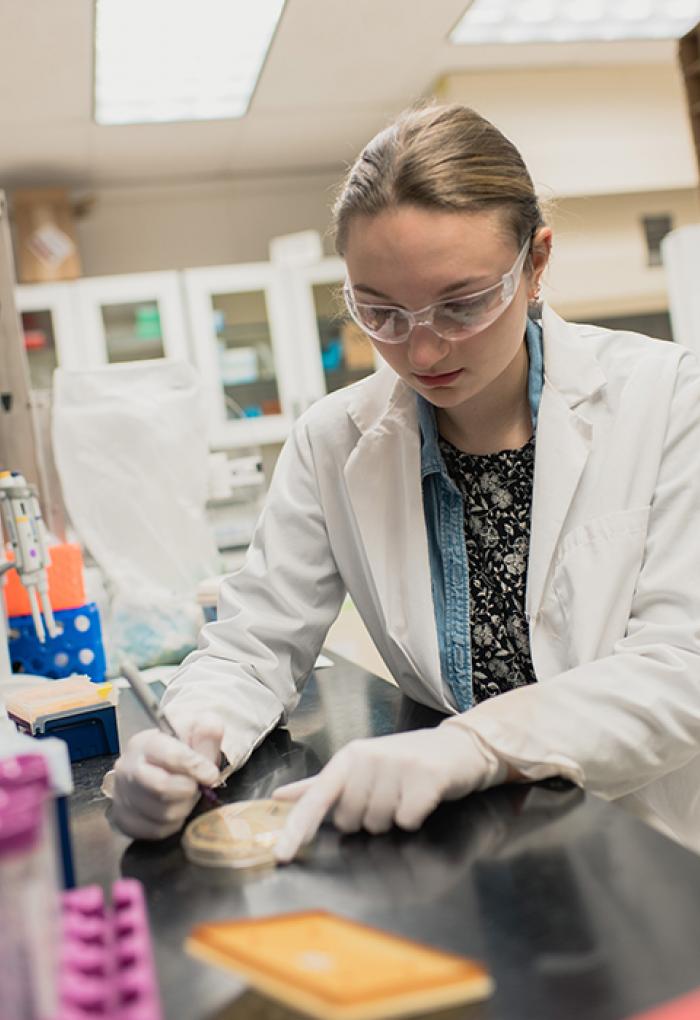 Delaney Smith in the botany lab at OSU. Photo by Hamza Molvi.

Circadian clocks, found in individual cells of the human body, are based on molecular pathways made up of genes and proteins that organize our bodily functions in 24-hour rhythms from eating, movement and work during the day to sleep and rest at night. Smith employs mouse models to exhaustively analyze the role played by mutations in circadian genes in brain regions responsible for cognition, memory, alertness during alcohol addiction. She is currently further investigating the effect of circadian-gene manipulation on binge-like drinking and how the results can be used to devise treatments for alcohol use disorders by altering the biological clock in humans.

Smith’s passion for her research on addictive behavior stems from having watched her family grapple with the alcohol addiction of a loved one.

“I watched my family struggle to support my uncle who battles alcohol addiction. Unfortunately, all the treatments he underwent have been ineffective, and now his health is rapidly deteriorating. AUD affects the lives of millions of people and the mechanisms underlying this behavior are still largely unknown. I am compelled to study this disease and I am working to enter a career where I can investigate potential treatments and use my findings to improve patient care.”

Smith harbors ambitions to enter graduate school to earn a dual M.D./Ph.D. in molecular biology which will enable her to practice as a physician, conduct biomedical research and teach.

One of Smith’s most rewarding experiences has been her role in the classroom as a learning assistant in the introduction to biology series where she assisted with both direct instruction and developed interactive, teaching videos for the course. “That was meaningful for me as a future educator to get that development and experience.”

Smith also enjoys being a co-president of the Children’s Adaptive Resources for Social Mobility (CARS) undergraduate club, which designs, builds and distributes cost-effective models of toy-based technology, including ride-on cars, to children with disabilities.

She is grateful to her mentors and professors for helping her attain her goal of becoming a Goldwater Scholar.

“Dr. Chang has been training me how to write better as a scientist. Dr. Ozburn helped me understand the complexities of alcohol disorder research. Finally, Dr. Kevin Ahern, professor of biochemistry and biophysics, devoted a number of hours advising me on how to put together a solid application package.”

Smith says as a biochemistry student she is fortunate to belong to an outstanding program with an inspiring legacy of teaching and research.

“The biochemistry and biophysics professors are great. I couldn’t have asked for a better education. All the professors know you by name and they are very passionate about what they teach.”

Fluent in Russian, Smith has worked as a translator. Through the Atlantis program dedicated to international clinical shadowing, she received a scholarship to study Spanish and shadow doctors in hospitals in Cuenca, Ecuador, last December. Smith’s outreach activities include participation in Beaver Hangouts where she has supervised a STEM camp for children from underserved schools interested in biotechnology and bioinformatics. 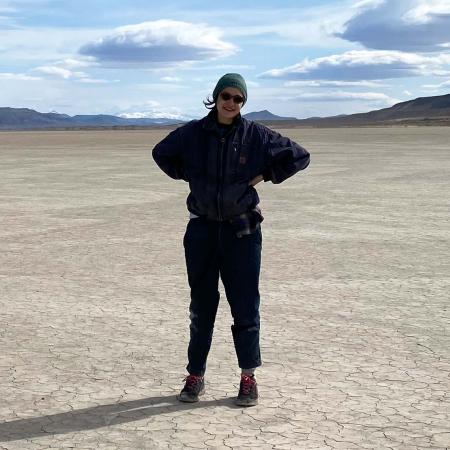