A palpable urgency is driving microbiome research globally. With chronic diseases on the rise, ever-increasing ecological disruptions, and a mounting need to improve plant and animal agricultural productivity, more and more scientists are looking to microbiomes for answers. While tiny in size, these communities of microscopic organisms have profound effects and may hold the key for an improved understanding of animal, plant and ecological health.

Coined more than 10 years ago, the term “microbiome” has worked its way into the nation’s dialogue and settled into the public’s consciousness. Consequently, support and funding for microbiome research has grown substantially.

Road to the White House and back

An assistant professor with joint appointments in microbiology and statistics at OSU, Thomas Sharpton brings expertise in two symbiotic areas that give him an edge and a wholly unique perspective on microbiomes.

In 2013, he collaborated with OSU’s Office of Research Development to connect faculty with broader impacts across OSU to each other. He developed a robust forum with 50-plus faculty, all of whom study microbial communities in some way.

When the White House issued a call for information on microbiomes in 2014, Sharpton was ready. He drafted a collective response based on the hard work of the broad-based faculty forum at OSU and submitted a paper. Six months later, the White House's Office of Science and Technology Policy (OSTP) contacted him to inquire how much OSU was investing in microbiome research.

In May 2016, Sharpton was invited to the White House for the launch of OSTP's National Microbiome Initiative (NMI), a new $121 million federal program to maximize $500 million in philanthropic support from private foundations in order to study the microbes in humans, crops, soils, oceans and more. The initiative aims to coordinate research to understand microbiomes and restore damaged ones, and assistant professor and nationally recognized microbiome expert Sharpton is playing a key role.

A focus for research grants

The NMI is channeling its $121 million through various federal agencies, including approximately $16 million to the National Science Foundation (NSF) to fund microbiome research that spans the spectrum of ecosystems, species and biological scales. Earlier this year, Sharpton received one of these NSF grants, a total of $520,000 to develop computational methods to identify which specific members of the microbiome are important to ecological and human health. Sharpton’s Lab is also actively exploring how changes in the operation of the gut microbiome broadly influence human and animal health and evolution.

In short, OMBI project, a virtual center for microbiome research and education, is playing a key role in supporting the National Microbiome Initiative's mission to foster the integrated and interdisciplinary study of microbiomes across different ecosystems. As a focal area of research, OMBI will help attract sustained external funding to OSU faculty, who have received $10 million in grants for microbiome studies in the last 21 months alone.

Part of OMBI's mission is also to educate the public and, along with the NMI, expand the microbiome workforce. To that end, this spring and summer, OMBI is hosting a number of events, some of which are free and open to the public. Click here for more information. 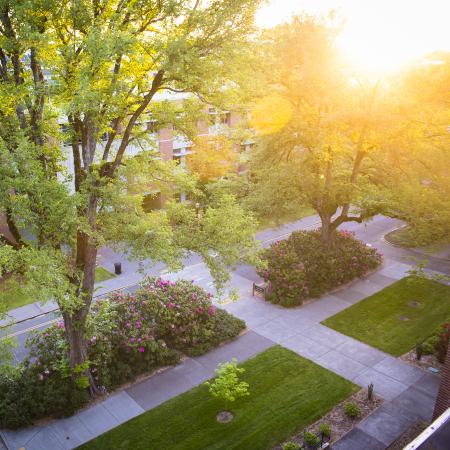 College of Science reports $18.5M in research funding for FY22