The College of Science congratulates Andrew Karplus who was named a 2015 OSU Distinguished Professor, the highest designation the university gives to its faculty. Karplus has been a professor in the Department of Biochemistry and Biophysics in the College of Science since 1998. 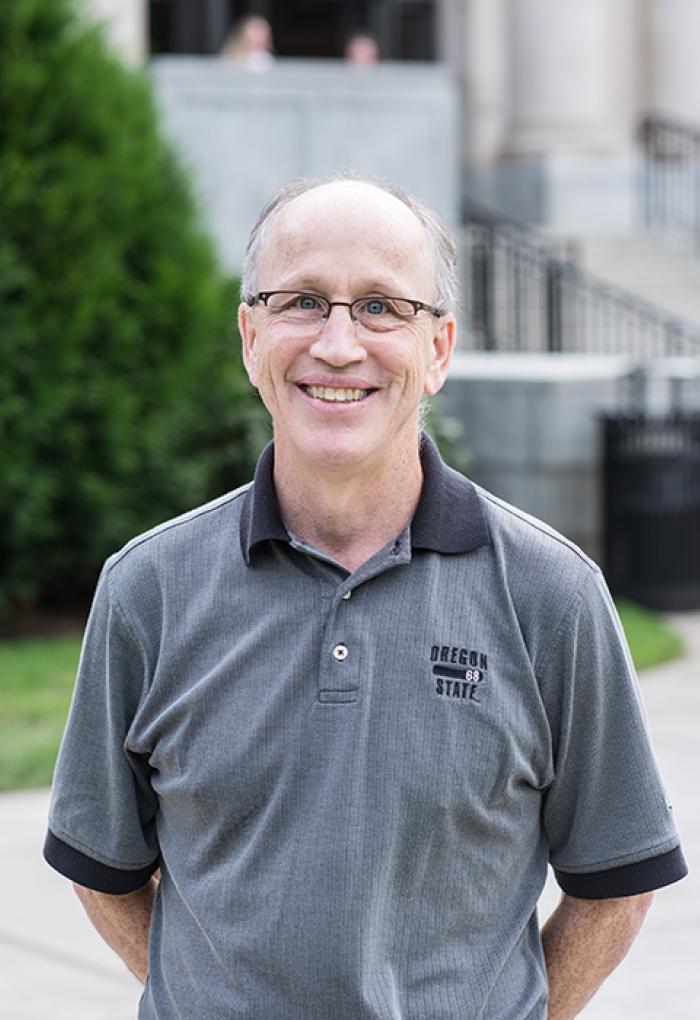 Karplus has been with the College of Science since 1998

Karplus joins a long-standing tradition of faculty excellence in the College of Science. With 18 Distinguished Professors, the College has the most of any other college on campus. Most recently in 2013, Joseph Beckman, director of the Environmental Health Sciences Center and the Ava Helen Pauling Chair in the Linus Pauling Institute, was named a Distinguished Professor.

Jon Lewis, a professor in the College of Liberal Arts, was also named an OSU 2015 Distinguished Professor.

The title Distinguished Professor is given to OSU faculty members who have achieved national and/or international stature resulting from their contributions to scholarship/creative activity, research, education, and service, and whose work has been notably influential in their field. They will carry the title as long as they are actively engaged as faculty members at Oregon State.

"I am extremely proud of Andy Karplus. He is an extraordinary scientist and researcher as well as an outstanding teacher, mentor and colleague, ” said College of Science Dean Sastry G. Pantula. “Andy joins an elite group of distinguished professors in our college who have an impeccable impact on future discoveries, leaders, policies, and technologies.

"We are proud to recognize research and teaching excellence of our faculty in science.”

Karplus has earned a reputation as one of the best structural biologists in the world – a description cited in his selection as a fellow of the American Association for the Advancement of Science (AAAS) in 2014. His research, which focuses on enzyme catalysis, protein evolution and structure, and crystallography, has been cited more than 15,000 times by other scientists.

Known for his high standards in teaching, Karplus consistently garners top ratings from student evaluators. Karplus teaches a range of courses, from core offerings in the Department of Biochemistry and Biophysics to a course on protein evolution, his department’s most influential advanced elective.

Karplus has received high praise for his work as an academic adviser, research mentor and collaborator. He has had a profound impact in his field, publishing more than 130 papers in premier journals and annually delivering several seminars and talks at meetings. Colleagues describe him as an innovative, rigorous and award-winning teacher, whose accomplishments are accentuated by the highly successful students he has mentored. He also has an extensive service record including service on the Faculty Senate Executive Committee and, as past department chair.

As part of the award, Karplus will give will give a public lecture on campus May 21.