“Rebecca works on some of the most challenging environmental problems of our era, and she has trained and inspired young scientists to make vital contributions to protect our fragile ecosystems” — Dean Roy Haggerty.

The Emile F. Pernot Professorship was established with an estate gift of the late Mabel Pernot, the daughter of Emile Pernot who established the microbiology department at Oregon State more than a century ago. The award recognizes a professor in the Department of Microbiology who has made distinguished contributions to the field of microbiology science and who has a record of contributions to OSU’s education and research missions.

“Rebecca Vega Thurber’s outstanding scholarship and contributions to STEM education perfectly capture the spirit and goals of the prestigious Emile Pernot Professorship,” said Dean Roy Haggerty. “Rebecca works on some of the most challenging environmental problems of our era, and she has trained and inspired young scientists to make vital contributions to protect our fragile ecosystems.”

Among other areas, Vega Thurber’s research has probed the effects of environmental and human-associated pollution on the relationships among the microbiomes and their hosts and habitats. Vega Thurber’s three-year field experiment on a coral reef in the Florida Keys—one of the largest and longest field experiments done on this topic—found evidence that overfishing, pollution and climate change-induced warming waters intersect to cause coral disease and death. She found out that herbivorous fish not only help increase healthy microbes on corals, but they also appeared to buffer some of the negative effects of ocean warming and thermal stress on corals.

“The Pernot Professorship is a great honor and a testament also to the excellence and vision of the work my lab and my colleagues have been doing. I look forward to using this position to expand our understanding of marine microbiomes and their roles in threatened ecosystems,” said Vega Thurber. “I also hope to push further our goals in advancing equity, diversity and inclusion in STEM education, and I plan to use aspects of this award to increase awareness of the threats that ecosystem declines have on local and native communities and cultures.”

Vega Thurber’s exceptional leadership, vision and pioneering scholarship have shaped and influenced some of the most cutting-edge coral health and marine virology projects in the world. She is the director of the Global Coral Microbiome Project (GCMP) dedicated to understanding the microbial diversity of coral species across all major groups of reef-building corals in several distinct ecosystems across the globe. The project probes genome sequences of key coral bacteria and investigates how the microbiome plays a role in disease within coral species.

Her work with this project formed the basis of “Saving Atlantis,” the Oregon State feature-length documentary on coral reefs. The film follows Thurber and her colleagues in four continents as they uncover the causes behind the destruction of coral reef ecosystems and work to find solutions to protect them. “Saving Atlantis” screened at various film festivals in the U.S. and abroad and is now streaming and accessible to viewers worldwide on Amazon, Google Play and iTunes. 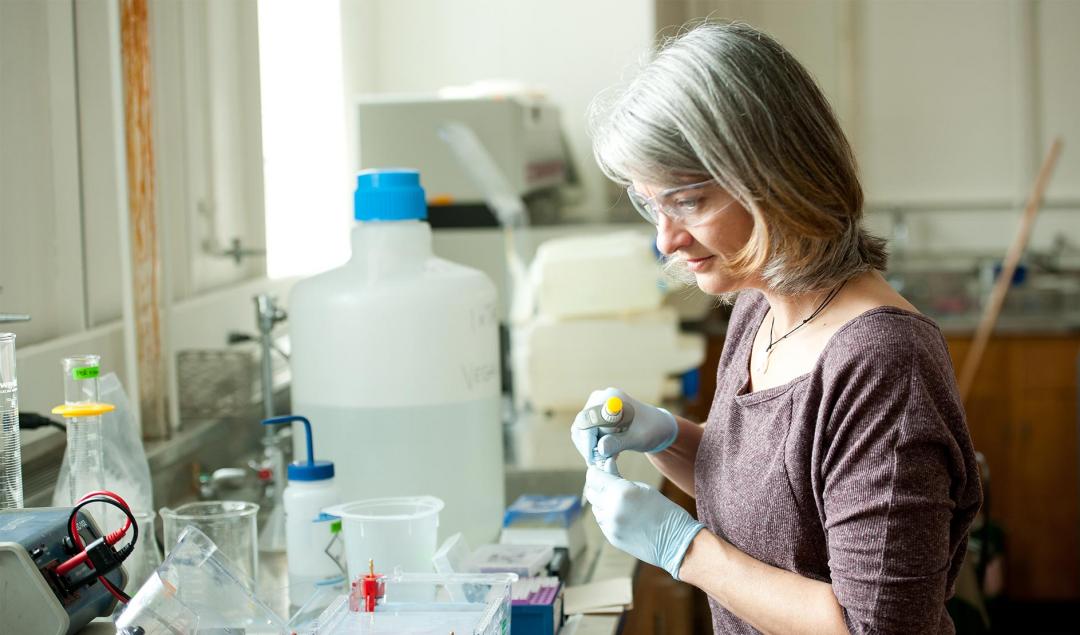 In addition to GCMP, Vega Thurber is a leading collaborator on several other critical international projects. These include the Moorea Virus Project that studies microbial and viral dynamics in reef environments and the TARA Ocean Foundation’s Pacific Expedition focused on investigating the biogeography of microbes in the water and in corals across the Pacific.

Vega Thurber has been awarded $7.26 million in grants by the National Science Foundation, the Gordon and Betty Moore Foundation and other agencies. In 2020, she was awarded a $3M NSF grant, along with OSU scientists Thomas Sharpton, Maude David, Ryan Mueller and Xiaoli Fern, to study the ecological and genomic properties that underlie microbiome sensitivity and resilience. Her research has resulted in nearly 75 publications in top-tier journals such as Nature, PNAS and Nature Microbiology.

Vega Thurber has been at OSU since 2011 after serving as an assistant professor at Florida International University. She was an NSF Minority Postdoctoral Fellow at San Diego State University from 2005-2008. Vega Thurber completed her undergraduate studies in marine biology, molecular, cellular and developmental biology at the University of California Santa Cruz. She holds a doctorate in biological sciences from Stanford University.

Vega Thurber’s work and biography have been highlighted in several prestigious media and scientific publications, including The Atlantic, Hakai Magazine, Scientist Magazine and The Conversation. She received the OSU Impact Award for Outstanding Scholarship in 2016.

For more information on how you can support faculty in the College of Science, please contact Marlys Amundson at the OSU Foundation.