When Mahtab Singh Brar was in high school in Roseburg, Oregon, he was unsure whether he would follow the path set by his parents and his two older sisters into healthcare. Yet Despite his early reservations, Brar graduated from Oregon State in March as an Honors biology major and pre-med option. He will start medical school at OHSU in the fall to begin his career in medicine.

Growing up, Brar enjoyed the sciences, which came naturally to him. As he considered his college choices, he said, "I knew Oregon State had a really good reputation in the sciences, that it was academically rigorous, and that I would have many options in the College of Science. It also helped that two of my best childhood friends were going to be at OSU.”

Yet after starting at OSU on a pre-med track, Brar had some doubts and left OSU in his second year to play NCAA soccer at Concordia University in Portland. After one term, however, he returned.

“We believe in the concept of Seva or selfless service. I definitely see myself leveraging my skills to give back.”

Brar is grateful for OSU mentors who encouraged him and kept him on track to graduate. Integrative Biology Pre-med Academic Advisor Maureen Leong-Kee in the Honors College provided guidance as Brar developed his medical school applications and helped him reach his goal to graduate on time despite having left OSU for one term. He is also thankful for the opportunity to be a learning assistant in Biochemistry & Biophysics Associate Professor Phil McFadden’s class, which helped him to “see that I really like to teach and guide people.”

Brar also worked extensively with Nathan Kirk, senior instructor of integrative biology, on research for his Honors thesis, which was focused on aggressive actions of the sea anemone Anthopleura elegantissima. Although the pandemic closed campus labs his last semester and prevented Brar from completing his thesis research, he appreciates Kirk’s efforts to help him “see that I want to work in a field that is extensively involved in the application of the sciences.”

While at Oregon State, Brar received the Finley Academic Excellence Scholarship as well as a research scholarship through the URSA Engage scholarship program.

Finding ways to give back

As much as he enjoys the sciences, Brar readily acknowledges that he’s a people person, too, and that his Sikh heritage has also played a role in his career choice. “We believe in the concept of Seva or selfless service. I definitely see myself leveraging my skills to give back.”

Since 2017 Brar and his older sister, Varneet, who is a third-year medical school student, have organized weekend medical screenings for low-income, uninsured people and Sikhs from Vancouver, Washington to Salem, Oregon. With the volunteer help of a physician, dentist and pharmacist, they set up screenings for diabetes, obesity, hypertension and dental health.

Unfortunately, the arrival of Covid-19 brought this effort to a halt. However, in June the two recruited about 20 young adult Sikhs in Oregon and Southwest Washington to prepare and serve Langar, a free meal in the Sikh tradition of feeding anyone in need, to protestors gathering in Salem. They plan to do the same in Portland.

Another way Brar gave back in his junior year was using his knowledge of Hindi to help serve as an unofficial translator during an Honors College service trip to Nepal, where students stayed with community members and helped build a community center. “The most rewarding aspect of the trip was connecting with a new culture and lifestyle while also making a positive impact on lives in a completely different part of the world,” said Brar.

On to a bright future in medicine

Looking ahead to medical school, Brar is most drawn to physical medicine and rehabilitation, family medicine and psychiatry. Brar has worked summer jobs as an emergency room scribe and a pharmacy tech, shadowed a physical therapist, and worked as a volunteer intern for Valley AIDS Information Network in Corvallis.

Brar appreciates the knowledge he gained from those experiences, and particularly the educational path he chose.

“The College of Science was a good fit for me due to the flexibility and support it provided me in finding my career path, as well as the multitude of opportunities I was presented with over my time at OSU,” he said. 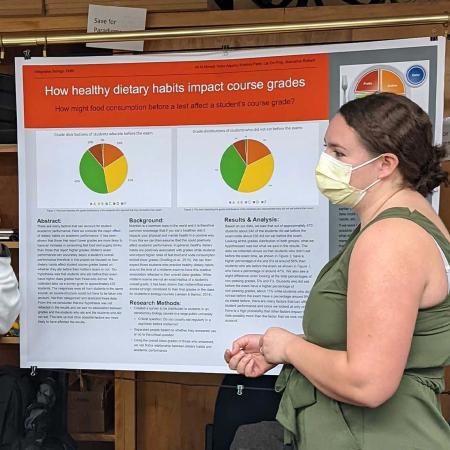