Senior Michael Kupperman loves to do research at the crossroads of mathematics and biology – a deep interest the Honors student has explored as a double-major in the College of Science and in a prestigious summer internship.

Kupperman will graduate in June with honors degrees in mathematics and biochemistry and minors in chemistry and history. With his strong background in science, technology, engineering and mathematics (STEM) coursework beginning in his freshman year, it’s not too surprising that he was among the 20 percent of applicants accepted for a Science Undergraduate Laboratory Internship (SULI) at Los Alamos National Laboratory (LANL) in Los Alamos, New Mexico, last summer.

A mathematical biologist, Kupperman is also the only Accelerated Master’s Platform (AMP) student in mathematics this academic year. He’s a member of the University Honors College, an OSU presidential scholar, and he completed his honors thesis in mathematics in his third year. In February 2019, he teamed up with two other OSU undergrad math students to produce a solution to an optimization problem for the annual COMAP (Consortium for Mathematics and Its Applications) Mathematical Contest in Modeling, a solution that had to be completed within 97 hours and was awarded a meritorious distinction.

The paid 10-week internship program he experienced is designed to encourage undergraduates and recent graduates to pursue STEM careers through research experiences at one of the U.S. Department of Energy (DOE) national laboratories. Admittance to the program, says Kupperman, was based on statements he wrote about his research interests as well as his technical proficiencies, computer skills and letters of recommendation.

LANL is one of the largest science and technology institutions in the world, conducting multidisciplinary research in fields such as national security, space exploration, nuclear fusion, renewable energy, medicine, nanotechnology and supercomputing. Kupperman says that today LANL is arguably best known in scientific circles for its work on supercomputer mainframes and the Metropolis Hastings algorithm.

Kupperman explains his work at Los Alamos this way: “I’m a theorist largely— a majority of my work happens at a computer and a whiteboard rather than a laboratory bench— it’s a very collaborative environment. I had a research mentor, graduate students and post-docs who were also available to me.”

Kupperman took part in a different kind of collaborative effort on the OSU campus several months before his internship, when he and two other undergraduate math students entered an international competition to solve an optimization problem for the 2019 COMAP Mathematical Contest in Modeling. Their solution placed in the top 8 percent of more than 14,000 submissions worldwide, winning them a meritorious distinction. The problem tasked them with creating a detailed plan for packing disaster relief supplies in drones and calculating flight paths and schedules for delivery to an island after a theoretical hurricane based on the real hurricane that devastated Puerto Rico in 2017.

As a freshman from Hillsboro, Oregon, Kupperman started out as a biochemistry and biophysics major. “That lasted all of a week,” he says, “before I added a math major, which was by far the most rewarding decision I’ve made in college. I was interested in systems, be it the rules of evolution or the processes that govern cells. When OSU added the BMB (biochemistry and molecular biology) major, I switched from biochemistry and biophysics to BMB, which offered a computational option. With BMB, I could take the elective courses I wanted to take (computer science, genomics, etc.) within the major.”

Today Kupperman says that his research interests “lie at the interface of mathematics and biology, focusing on probability theory and dynamics.” The topic of his thesis was The Mathematics of Critical Shifts in Ecological Networks with Alternative Stable State Theory, a Potential Framework for Early Warning Indicators, available through the OSU Scholars Archive.

The SULI internship experience will likely benefit Kupperman’s graduate school and career plans. “My experience at Los Alamos shifted my focus from pure mathematics to applied mathematics. I continue to be interested in biological problems, but I’ve thought a lot more about the best path forward to that goal. Los Alamos opened my mind to considering national laboratory research and employment. It’s a unique type of place, somewhat removed from industry-specific pressures, but offering a bit more structure than a university research environment.”

Other thoughts about his Los Alamos internship? Kupperman enjoyed living in a town said to have the highest concentration of Ph.D.s per square mile in the world. “People like living and working there” he says. “For such a small town, Los Alamos also has great food,” he adds, not an insignificant detail for someone who considers himself a foodie and enjoys making gourmet ice cream, creating flavors ranging from bacon to figs and brandy.

Meanwhile, with graduation on the horizon, Kupperman is assessing graduate school programs and looking forward to that next chapter in his education. 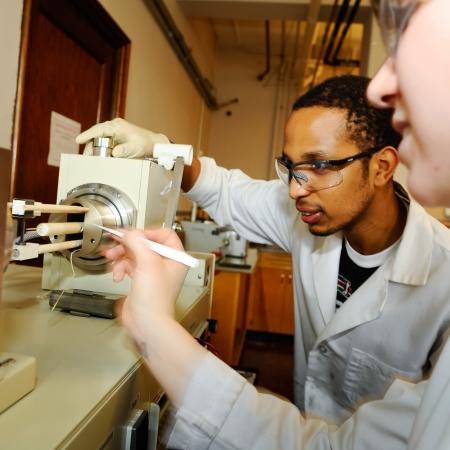 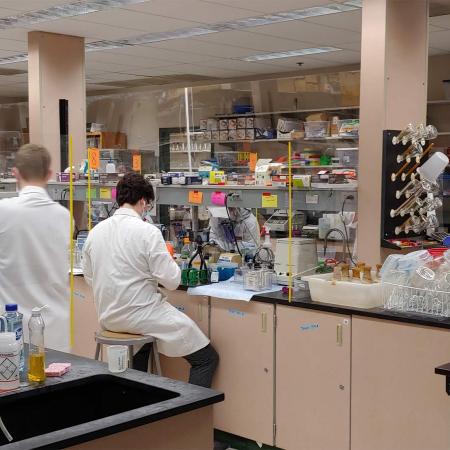 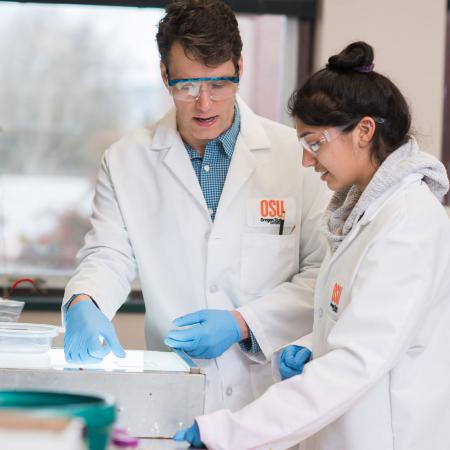