Three science students have been awarded the prestigious Barry Goldwater Scholarship. Third-year students Ryan Tollefsen, Kendra Jackson and Isabella Karabinas received the honor, which is the top undergraduate award in the country for sophomores and juniors in the fields of science, technology, engineering and mathematics (STEM). Goldwater Scholars are selected on the basis of outstanding academic achievement and for demonstrating the potential to pursue research careers.

This year, Oregon State University had four Goldwater Scholarship nominees, and all four juniors were named 2019 Goldwater scholars. This is the first time in OSU history that all its four nominees have received this prestigious national recognition for undergraduate students in the natural sciences, mathematics and engineering. Engineering major Kyzer Gerez has also won the Goldwater scholarship this year.

The Goldwater Scholarship is administered at Oregon State University through LeAnn Adam, OSU Advisor for Prestigious Scholarships and a member of OSU Goldwater Scholarship Committee. The four Goldwater nominees were chosen from a highly competitive pool of 15 candidates, according to Adam. The OSU nomination committee includes faculty from the Colleges of Science and Engineering.

“Thanks to our students and their dedicated faculty mentors, OSU has received the maximum number of Goldwater Scholarships awarded to any single institution in Oregon as well as in the country.”

“I am pleased that three College of Science students have received the Goldwater scholarships this year, which makes our science programs the top producer of Goldwater Scholars. Thanks to our students and their dedicated faculty mentors, OSU has received the maximum number of Goldwater Scholarships awarded to any single institution in Oregon as well as in the country,” said Roy Haggerty, Dean of the College of Science.

“Our record number of Goldwater scholars testifies to the high-caliber of our science undergraduate students and the strength of our research and mentorship programs,” he added. 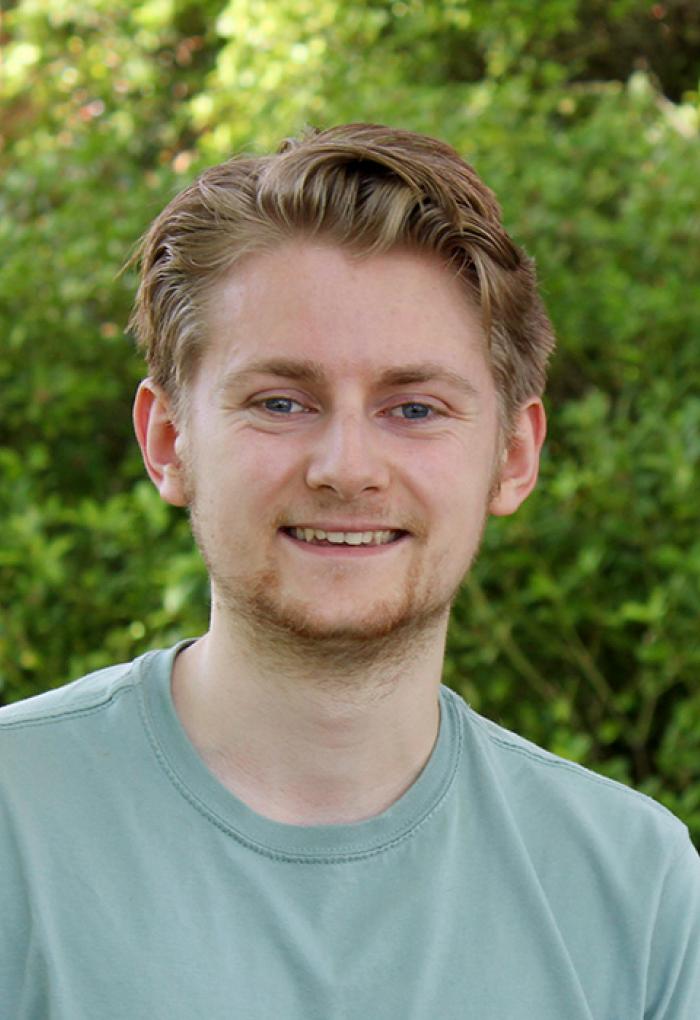 Tollefsen is currently pursuing research on photodegradation of organic semiconductors as part of his honors thesis in physics Professor Ostroverkhova’s lab. As part of a summer research experience for undergraduates (REU), Tollefsen worked in the Physics of Living Systems at MIT— a specialized center which studies biophysics, ecological dynamics and other topics in nonequilibrium systems. There Tollefsen conducted research and wrote a computer program to capture the complicated behavior of a new class of self-propelled particles called spinners in dense colloidal solutions, whose rotation gives rise to several interesting and programmable behaviors.

Tollefsen achieved significant breakthroughs in understanding the undocumented, little-known activity of spinners and is working toward a first-author journal publication of his results with his MIT mentors.

Tollefsen has received a number of awards for academic excellence and achievement. These include the Nicodemus Scholarship in Physics, the College of Science’s Harriet Anderson Scholarship, the Ruth A. Beyer Scholarship from the Honors College and OSU’s Finley Academic Excellence Scholarship. He plans to pursue doctoral studies in physics after graduating from OSU. 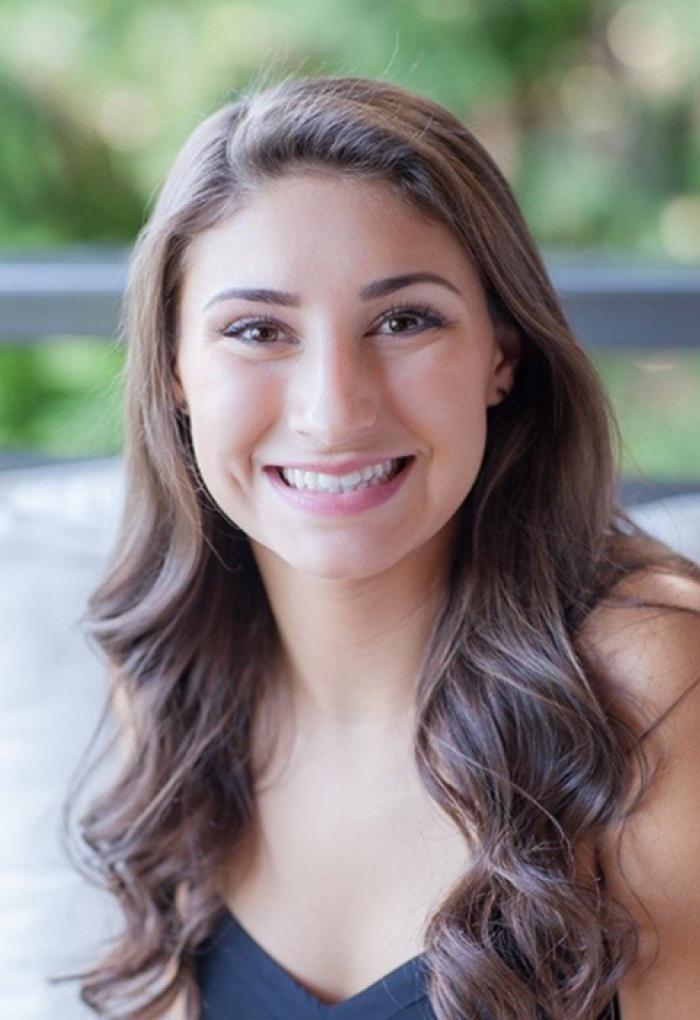 Jackson plans to pursue an M.D./Ph.D. in molecular biology or genetics. In Freitag’s lab, her research focuses on investigating the mechanism by which PRC2, a specific protein complex important to mammalian development, is recruited to genes for silencing gene expression.

Using fungi as a model, Jackson studies their molecular response to PRC2 mutations. Her goal is to create a new method to identify DNA sequences acting as signals for PRC2 recruitment and establish a database of such DNA signals.

Jackson was recognized with the Goldwater Honorable Mention in 2018. She has received the CRIPPS Undergraduate Research Experience award from the Department of Biochemistry and Biophysics to support her summer research and OSU’s Drucilla Shepard Smith Award for academic excellence. Jackson was a member of the College of Science Student Advisory Board and has served as an Honors College peer mentor.

Karabinas (pictured above) aspires to conduct laboratory and clinical research in neuroscience as a practicing physician and teach at the university level. A Gateways to the Laboratory internship last summer took Karabinas to a lab in Weill Cornell Medical College in New York City, where she worked on projects related to neurobiology and behavioral neuroscience in the areas of stress and depression. Karabinas used a mouse model of depressive behavior to measure stress-induced changes on certain behaviors and studied the effects of pharmacological modulation of a signaling pathway in the brain on reward behavior.

In Biochemistry Associate Professor Alvaro Estevez’s lab at OSU, Karabinas studies the role of a protein essential for cellular survival in the development of neurodegenerative diseases like Amyotropic Lateral Sclerosis.

Karabinas has won multiple awards, including the Zonta Club of Corvallis STEM Scholarship, Phi Beta Kappa Honor Society membership, the Southern Oregon Latino Scholarship and the national Hispanic Scholarship Fund award. Most notably, she received the Abby Rockefeller Mauzé Scholar award, which is awarded to interns for outstanding achievements in the Weill Cornell/Rockefeller/Sloan-Kettering Tri-Institutional M.D.-Ph.D. Gateways to the Laboratory Program.