Fred Horne has made science his life, in chemistry specifically, from his days as a high school student in the early 1950s in Mission, Kansas, to his 13-plus years as Dean of Science at Oregon State.

But the former College of Science Dean and Emeritus Professor of Chemistry might have followed a different career path, one in journalism. Horne loved writing and editing, an interest fostered by his father and his favorite male adult, Alvin McCoy, who were both journalists. McCoy was a political reporter for the Kansas City Star and won the Pulitzer Prize in 1954. He was a close family friend and became a role model and mentor for Horne. While still in high school, Horne was inspired to write journalistically and worked as a sports reporter for the Star while covering the athletic beat at Shawnee Mission High School.

Horne was not only editor of his high school newspaper, but also a straight A student and valedictorian of his class. He decided to pursue a career in chemistry because McCoy, his model of a journalist, was also a chemist and eventually became a science reporter. 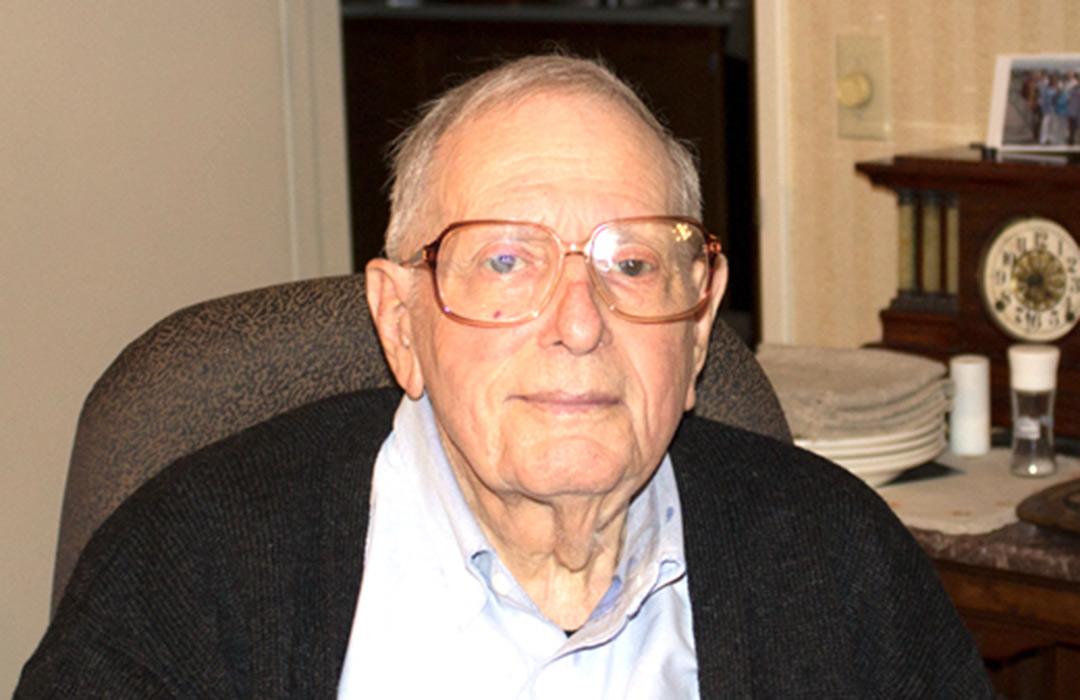 Like most college-bound people, Horne vividly recalls where he was the moment he learned about his college acceptance. “I was visiting the University of Kansas when my mom called to tell me I got a full scholarship to Harvard. I just couldn’t believe it.”

The National Scholarship helped Harvard attract talented students from outside the Boston area, an institutional priority. He was one of about 12 in his class at Harvard to receive the award, and one of three in his high school graduating class to attend Harvard.

So he headed off to Harvard to study chemistry, adding minors in mathematics and history before graduating in 1956. Horne decided to continue his studies in chemistry and begin a Ph.D. at the University of California, Los Angeles (UCLA). But once he began studying organic chemistry in earnest, he came to a keen realization.

“It was just amazing. Thermodynamics was exact. It was not probability. And I didn’t have to do anything—didn’t have to make chemicals or anything. I could just figure out how heat a­nd temperature and chemicals and pressure and gravity interacted,” explained Horne.

The whole world is not at equilibrium at all times. It’s never at equilibrium”, laughs Horne. “Thermodynamics is all about why things are really the way they are.” 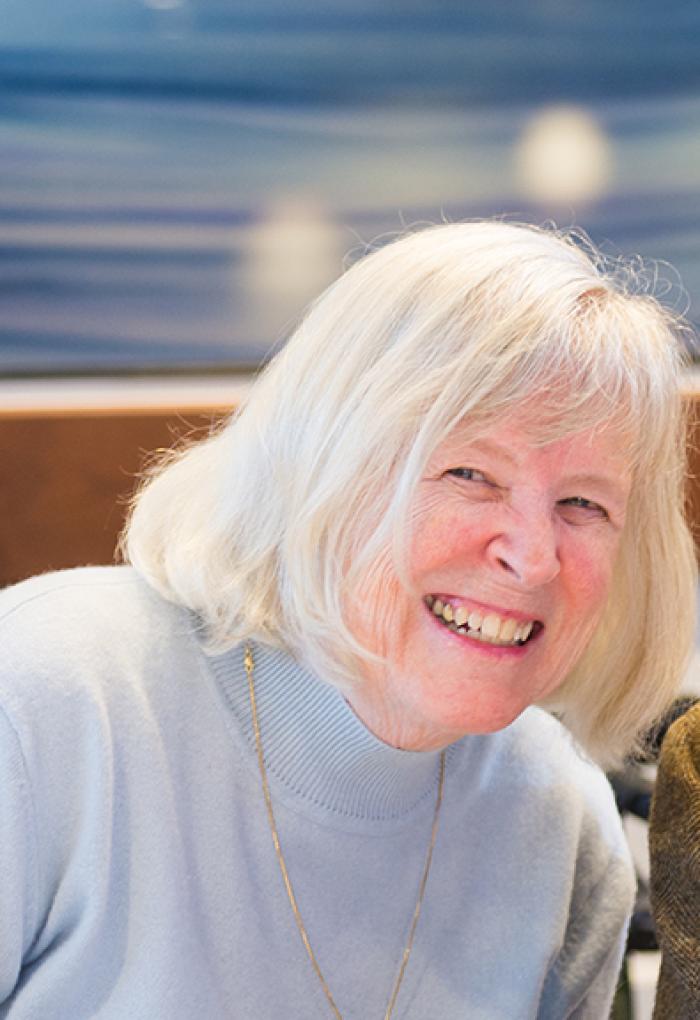 Clara Horne, head advisor in the College of Business for 17 years

In 1959, he married Clara, a native of north central Kansas and his wife of nearly 60 years. The two met on a blind date at the University of Kansas over a game of bridge, which Clara had never played and has managed to not play since. Fred describes his wife as “fantastically smart, which is very much why I dated her.” Clara served as Head Advisor in the College of Business at OSU for nearly 17 years, first “retiring” in 2003 and then continuing on a part-time basis until actually retiring in the summer of 2017 at the age of 81. She was a beloved advisor to generations of business students.

The Hornes had three children, all of whom went to Harvard, and now have six grandchildren who all seem to be bound for academic success. One is attending Bowdoin College, two are freshmen at Harvard, two are in middle school and high school in Boulder, Colorado, and one is a freshman at Wellesley High School in Massachusetts.

In 1962, Horne finished his Ph.D. in chemistry from the University of Kansas. He was a National Science Foundation postdoctoral fellow at Stanford University from 1962-63 and taught as a chemistry instructor there before being hired as an assistant professor of chemistry at Michigan State University in 1964. He spent the next 22 years at MSU as an associate professor, full professor, associate department chair, associate dean of the College of Natural Science, chair of the University Steering Committee (similar to president of the Faculty Senate at OSU), and Interim Manager of Performing Arts during construction of the Wharton Center at MSU.

While at MSU, Horne developed strong relationships and friendships with the provost and president which continued for years. He actively cultivated national and global collaborations, working as a visiting scientist at Lawrence Livermore Laboratory in California, Odense University in Denmark and Arya Mehr University in Tehran, Iran, in the 1970s. He later served on the board of the Council for International Exchange Scholars and on the Senior Fulbright Scholar Selection Committee in the mid-1970s and early 1980s.

In the mid-1980s, Horne began looking for administrative jobs beyond MSU and away from the long cold, snowy winters of Michigan. He had two competing offers—one as Vice President for Research, Graduate and International Studies at Washington State and Dean of Science at Oregon State. He opted for OSU to be closer to students and active faculty. 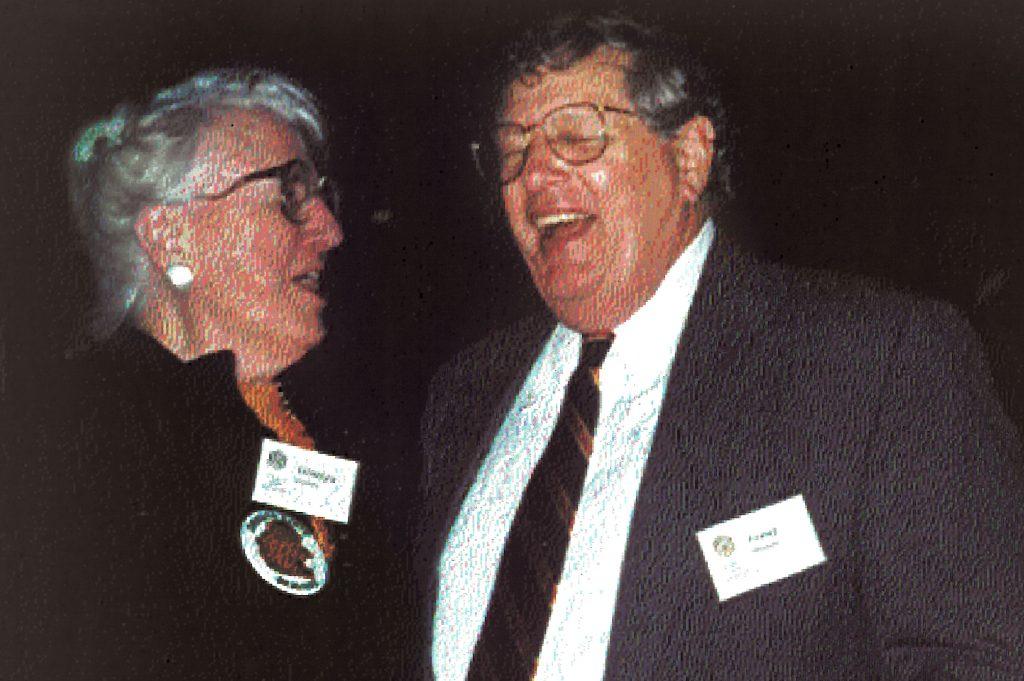 Fred Horne enjoying a laugh with Gladys Valley of the Valley Foundation and long-time OSU supporter. Photo taken in the 1990s.

In 1986, Horne became Dean of the College of Science at OSU and a professor of chemistry. He was the College’s second longest serving dean with more than 13 years of service and leadership until 2000 when he reached the age of 65, OSU’s retirement age for a dean at the time. Under his tenure, the College of Science comprised its current seven departments as well as the departments of botany and plant pathology, geosciences, atmospheric sciences and science and mathematics education.

A renowned research, scholar, teacher and leader, Horne published more than 40 articles in professional journals. He is one of a few experts in the world who specialized in non-equilibrium thermodynamics, which is a branch of thermodynamics that deals with transport processes and with the rates of chemical reactions.

“To me, research meant discovering things, learning why things work. I thought being at university you shouldn’t teach unless you were interested how things really worked. Not only know facts but to develop facts,” said Horne.

With a deep commitment to student learning, the Hornes created the Fred Horne Award for Excellence in Teaching Science. The award recognizes sustained excellence in teaching science by faculty who demonstrate exceptional instructional qualities with a significant impact on students. To honor the Hornes’ support of women and minority faculty and students, OSU faculty and friends established the Clara Ann & Fred Horne Women in Science Scholarship, which supports an outstanding sophomore or junior woman in the College of Science.

One of Horne’s notable contributions to the College and to the university was hiring about 70 science faculty, most of whom are still at OSU. He hired some of the best scientists and leaders at OSU, including current dean Roy Haggerty, physics professors Janet Tate and Corinne Manogue, chemistry professors Mas Subramanian and Vince Remcho, mathematics professor Tevian Dray,, former Dean of Science Sherman Bloomer, former Dean of the College of Agricultural Sciences Dan Arp, and dozens of others.

His leadership efforts have significantly shaped the College of Science and the university in profound ways that still form a solid foundation for scientific research, teaching and leadership and have impacted the lives of generations of students.

After his National Scholarship to study at Harvard, Horne says the second biggest surprise in his life was learning he would receive the College of Science’s 2018 Lifetime Achievement in Science Award this month.

“I was dumbfounded. It was totally unexpected.” A testament to his strong bonds with former students, two of his graduate students — one traveling from Montana — are attending the Alumni Awards ceremony and dinner on November 15, 2018, where Horne will receive the lifetime achievement award.

Somewhat of an anachronism at the time, Horne had a deep commitment to diversity, equity and inclusion in science. At OSU, he co-established the Science and Math Investigative Learning Experience program (known as SMILE), the American-Indian Science and Engineering Society Chapter, and the Women in Science Scholarship. He also made 15 dual career hires, often offering employment to the women first. “I hired women rather than men deliberately, and I sometimes would hire their husbands,” he added.

When asked what inspired him to support these historically underrepresented populations in science, his response illuminates the kind of person he is.

“I just never could figure out why people of color, or people of a different sex or a different background, why they weren’t treated well. I just never felt anything but respect for other people and that’s been true throughout my life from grade school and high school to college. I think I was a favorite academic advisor of the very bright women because I cared that they got treated well. I wanted to be sure that they got a fair treatment.”

Horne’s strong leadership paved the way for many women hires during his tenure. “That’s the way it was. I had a wonderful group of department chairs. All of them agreed with me that they wanted to hire women and we did. We had the same goals.”

And the quality of the instruction and the research was much better because of this, adds Horne. “The women are terrific scientists on their own.”

“But there’s still not enough women recognized and paid well enough,” remarks Horne. “This year was only the third Nobel Prize in physics or chemistry awarded to a woman. That’s ridiculous. I also think it’s sad that there are not very many notable scientists who are black or Hispanic.”

Horne is a member of the American Association for the Advancement of Science, American Chemical Society, Materials Research Society and a lifetime Sequoyah Fellow of the American Indian Science and Engineering Society. He served on the advisory board for the Association of Women in Science.

At 84 years old, Horne exhibits a positive attitude. “I still learn things every day quite deliberately. I’ve always wanted to learn things. I still do and I still want to.”