“At OSU, science is not confined by international borders,” says Biochemistry and Biophysics Professor Elisar Barbar, when asked to describe the spirit of her lab, which is renowned for its global collaborations. Nathan Jespersen, her student and this year’s recipient of the MacVicar Scholar Award, reflects these ideals precisely.

Each year, a graduate student receives this fellowship for their impact on animal health and welfare, combined with an interdisciplinary focus and stellar academic performance. Jespersen is one of the only students who is not in the School of Veterinary Medicine to ever receive this prestigious award, which includes a $5,000 stipend as well as $1,000 for lab research or travel.

Jaspersen will present a seminar on the rabies virus on Friday, October 5, 2018, in ALS 4001 from 3-4:00 p.m., followed by a reception. His lecture is entitled: “Rabies Virus Hijacking of the Host Protein LC8 is Essential for Viral Replication, Transmission, and Lethality.” The events are free and open to the public.

Emeritus Professor Robert MacVicar served as the eleventh President of Oregon State University from 1970 to 1984. He and his wife established this endowment, which is just one example of their kindness and generosity. During his presidency, the University budget tripled, the faculty nearly doubled and construction began on 23 new buildings. After retirement, the MacVicars traveled on behalf of educational institutions around the world, often enduring difficult conditions to ensure that students could get the education that they deserved. MacVicar was involved in economic development projects throughout the Pacific Northwest and agricultural projects in Africa and Latin America.

Jespersen has a record of accomplishment that is both impressive and unique. Before graduating from the University of Cincinnati, he spent a semester studying abroad in Costa Rica doing fieldwork in the rainforest to study the interdependent relationship between mycorrhizal fungi and their orchid hosts. He later traveled across Southeast Asia advancing the knowledge he gained in Central America 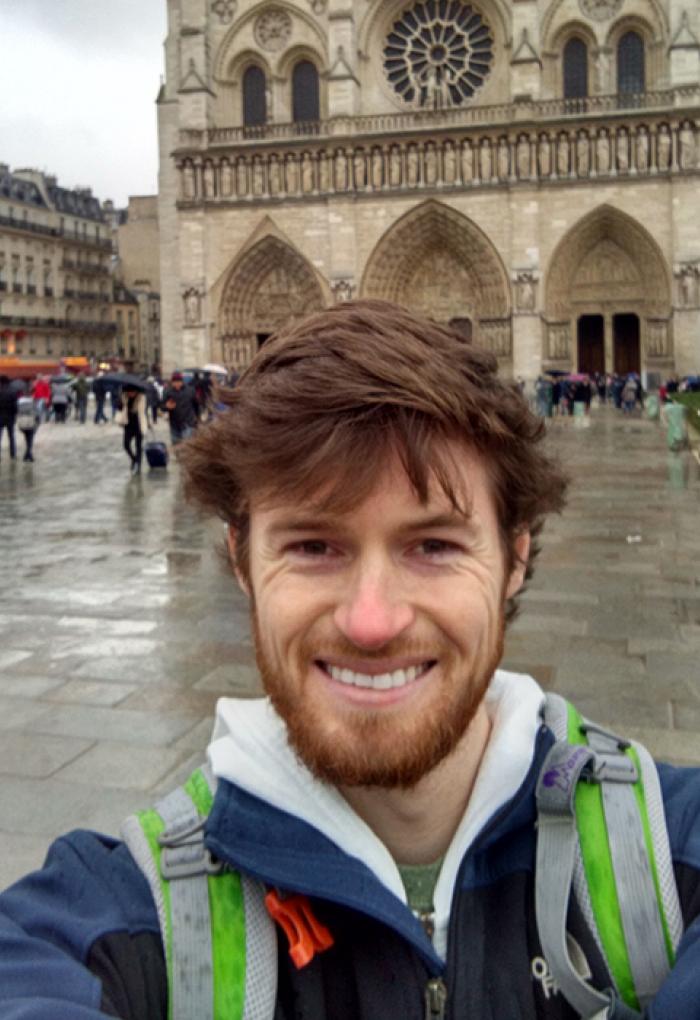 Jespersen was one of the strongest students recruited to the Oregon State Biochemistry and Biophysics program in 2013. He rotated in the labs of Elisar Barbar, Michael Frietag, and Ryan Mehl, before deciding to join the Barbar Lab due to his interest in protein structure and function.

Barbar describes him as a student who asks thought-provoking questions with a rare desire to learn for the sake of learning. He demonstrates a gift for explaining complicated subjects with incredible ease and clarity. “In every sense, Nathan encapsulates the values that OSU most prides our students on," she says.

“His unforced intelligence combined with his natural curiosity, enthusiasm, and sincerity will enable him to succeed at whatever he chooses to work on,” Barbar said.

Jespersen’s work in the Barbar Lab has been primarily focused on uncovering the role of different proteins in the infection and transmission of the rabies virus. “What’s amazing is that a virus like rabies can kill nearly 100% of the animals – including humans – it infects,” Jespersen explains. Viruses lack the genetic coding necessary to replicate, and “with so little produced internally, viruses have to take advantage of our proteins and machinery” in order to complete their cycle of transmission. The constantly evolving viruses target specific proteins in order to overcome the organism’s defenses.

One protein that is frequently targeted is called LC8. LC8 is vital to all higher organisms, as it binds to a number of proteins and organizes them to enable their function, making it a target for viruses. Understanding the interaction of viruses with LC8 and other proteins is key to the rational development of cures for a great number of viral diseases.

Studies in 2007 had already determined that a relationship between rabies and LC8 existed, but due to the size and complexity of the viral protein, no further research was possible. To build on this knowledge, Jespersen used Nuclear Magnetic Resonance (NMR), a technique the Barbar Lab specializes in. Using NMR and other biophysical and computational methods, he was able to create the first ever high-resolution structure of the rabies virus bound to LC8.

This was a monumental discovery in itself, but Nathan wanted to take it further. Since the Barbar Lab is not an authorized center to handle Category A dangerous substances, Nathan took the initiative to apply for a very prestigious STEM Chateaubriand Fellowship from the French embassy – and won. This allowed him to conduct experiments in the lab of Virology Professor Danielle Blondel at Université Paris-Saclay. Blondel has been spearheading modern research on the virus.

The experiments he performed in France led to groundbreaking research that has a strong possibility of resulting in the first-ever drug to treat the rabies virus, which is otherwise lethal after contraction. Not only that, but his work may also have far-reaching applications to other catastrophic diseases like HIV and Ebola, which are also LC8 binding.

He attributes his success to the international influences in the Barbar Lab, as well as its interdisciplinary focus. He explains that, while OSU may be stronger in biophysics, collaborations with labs in France, Australia, Ireland, and many others have proven essential.

“The results are drawn from specializations of labs from all over, and I am lucky enough to be learning different skill-sets from all of them!” said Jespersen.

Everyone who has ever worked with Nathan knows that he doesn’t like to waste time. If he is not working on one project, he is working on another. He will never let even two minutes slip by if it means he can be doing something else. And if there is nothing else, then he is either rock climbing or teaching himself a new language to use when he travels abroad.

After he finishes graduate school, Nathan wants to continue his work on pathogenic viruses, where he feels he can make an impact that is immediately applicable to humans as well as animals. He plans to keep his options open, however, because there is always so much more to learn.