Honors biochemistry and biophysics alumna Trisha Chau (’18) found a way to help in the aftermath of Hurricane Maria which devastated Puerto Rico in September 2017. The hurricane killed thousands of people, destroyed homes and wiped out much of the island’s infrastructure including essential services such as water and electricity. Puerto Ricans continue to struggle for recovery and rehabilitation nearly a year later.

Chau was part of a team of 31 undergraduate and graduate students as well as postdoctoral scholars and faculty who embarked on a service learning trip to Puerto Rico during spring break in March. The group was eager to work on projects that would help rebuild the educational infrastructure and restore natural resources destroyed by the hurricane. They were also eager to gain a first-hand knowledge of the environmental and cultural conditions on the island. Half of the students, like Chau, were members of OSU MANRRS—an organization devoted to the academic, professional and social development of underrepresented students in fields of agriculture, natural resources and related sciences.

The students flew to San Juan, the capital of Puerto Rico, and made their way to San Sebastian in the northwest part of the island where they worked to repair the Segunda Unidad Bernaldo Mendez Jimenez school. The project was carried out in conjunction with Puerto Rico’s land grant university, University of Puerto Rico Mayaguez. Life@OSU writes that, “OSU representatives and Mayaguez officials have been working closely with school administrators to create a service learning plan that will benefit students there.” 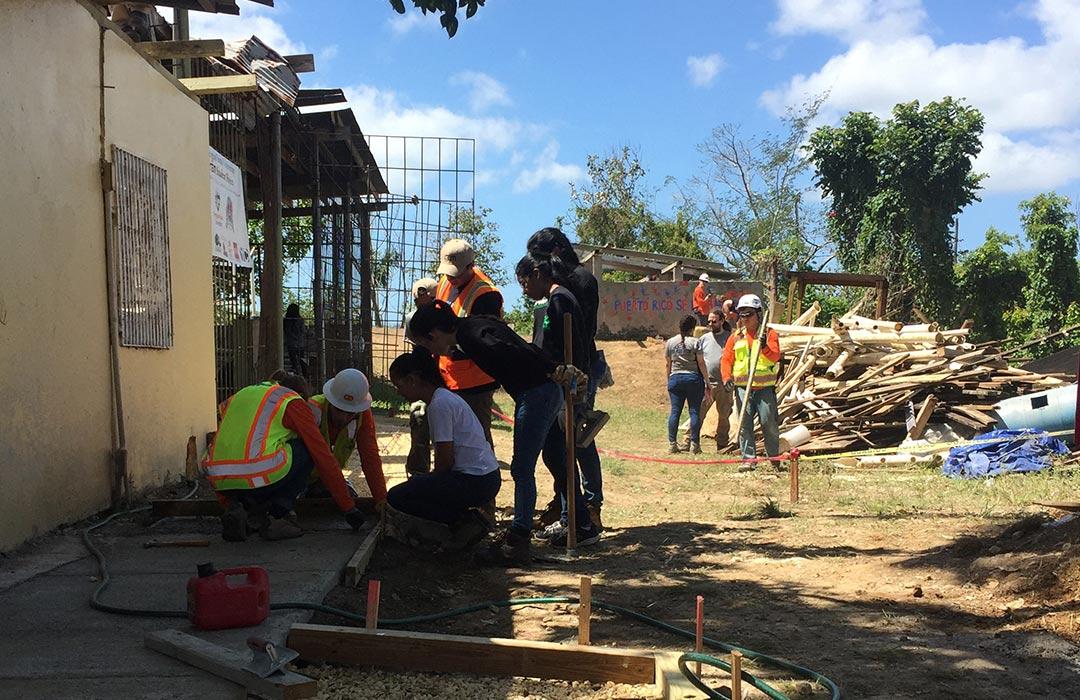 Gaebel has been organizing the Puerto Rico trips since 2016 which have focused on developing long-term relationships and working on projects with substantive impact. These have included the establishment of curriculum for K-12 school agricultural programs in the region.

Chau was a member of the OSU MANNRS (Minorities in Agriculture, Natural Resources and Related Sciences) chapter where she worked as a treasurer. She was involved in an OSU MANNRS fundraising campaign that provided support for the trip and for construction materials in Puerto Rico. 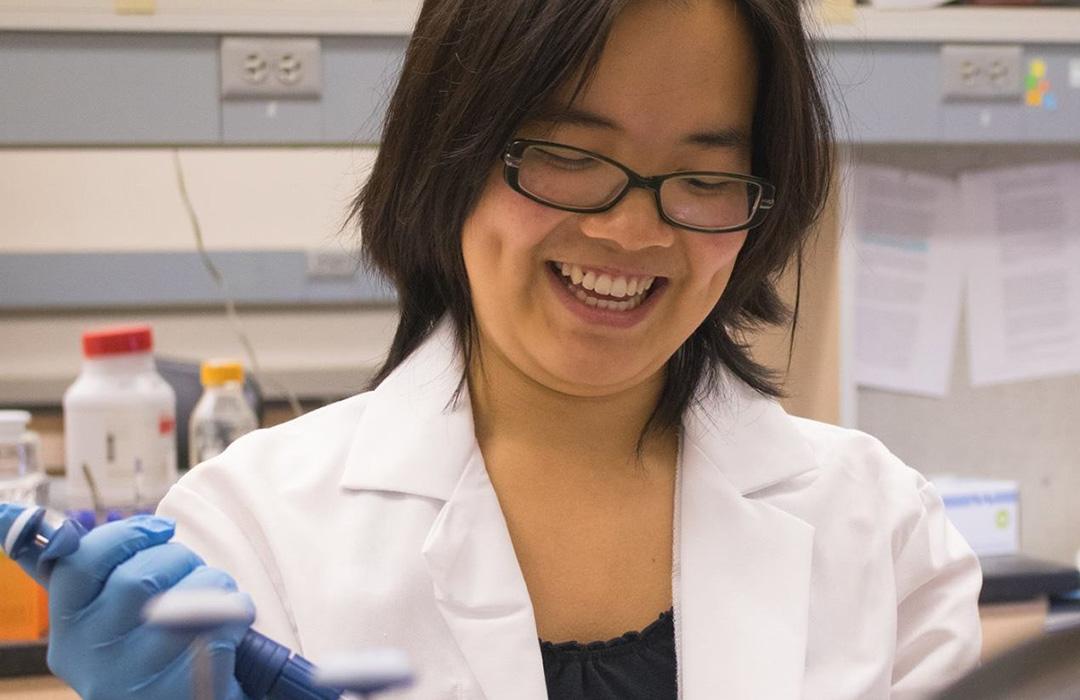 Trisha Chau working in the lab

A medical school aspirant, Chau is deeply interested in helping underserved populations internationally. Previously, she had volunteered as a public health teacher in Bali, Indonesia, where she taught and built a curriculum for fifth-graders on the subjects of hygiene, nutrition and tropical diseases.

“Fixing the building gave the school officials a renewed sense of hope.”

In San Sebastian, Chau was enthused to be working alongside highly motivated individuals from different academic disciplines, who pooled their expertise to make a difference to the community.

“I felt we really made an impact. The school had to close down for a long time. Attendance had dropped. The debris in the school building made the place unsafe. After the clean-up we found we had collected eight feet of trash,” said Chau. “Fixing the building gave the school officials a renewed sense of hope.”

Chau relished the opportunity to spend a day with the Puerto Rican family of one of the professors involved with the project, which allowed her to learn more about the island and the impact of Hurricane Maria.

“One of the stories that affected me deeply was that a lot of people did not die from the hurricane, but because they didn’t get timely access to medicines and healthcare,” said Chau.