It was not unusual for Judy Faucett (’70) to be the only woman in the room. She recalls that she was the only female student among 90 students in her advanced calculus class at OSU, her first class after she transferred from the mathematics program at the University of Oregon (U of O).

At Pacific Mutual Life, which she joined right after graduation, Faucett was one of the first women to be hired and complete the company’s actuarial training program. She not only made an impression for being one of the few women in her math classes and at her job, but also for her exceptional performance both academically and professionally. 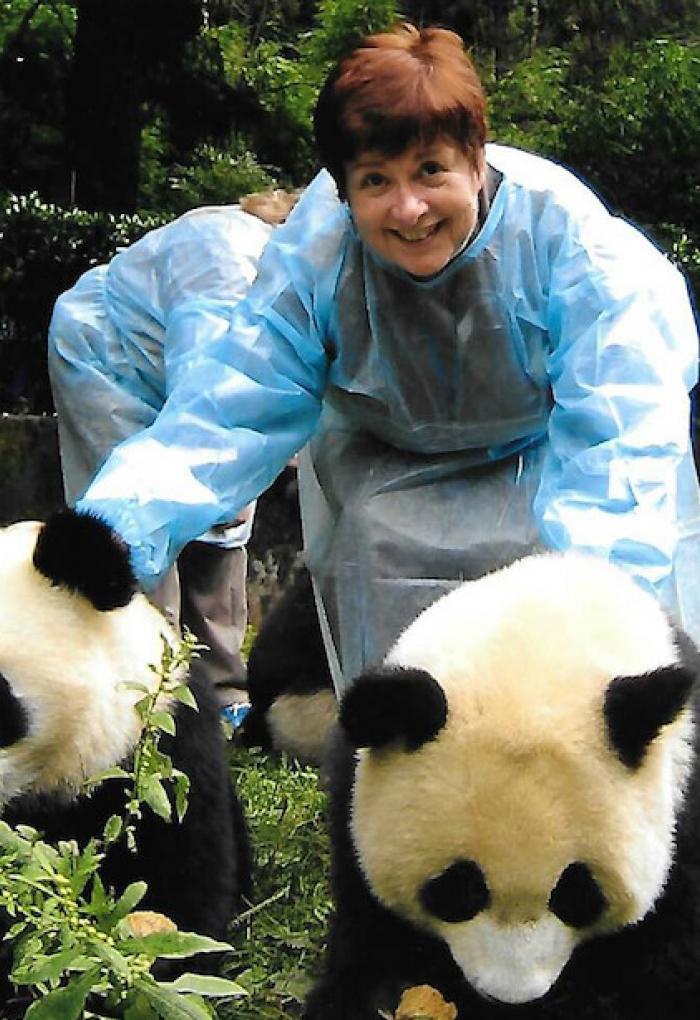 She received excellent grades in her calculus class as well as every other mathematics course at OSU, which made her professors and fellow classmates realize that she was “a serious student of math.” Faucett transferred from U of O because she wanted to study statistics and applied math.

Her unwavering goal throughout her undergraduate career was to become an actuary, an idea instilled in her by a high school counselor, who told Faucett, “If you want to study math, why not become an actuary and make some money?”

Faucett achieved a career milestone when she passed her actuarial exams after five years at Pacific Mutual Life, which led to a fulfilling career as an actuary, and propelled her into management and corporate operations. Faucet started her career at Pacific Mutual as an actuarial trainee and rose to the position of Vice-President over a 15-year span (1970-1985).

“My courses in applied mathematics at OSU and passing the actuarial exams opened the doors to better opportunities for me,” observed Faucet, who was the first person in her family to go to college.

Faucett, who describes herself as hailing “from a long line of farmers,” lived in Salem with her family until she was 15, at which point they moved to Eastern Oregon, where her parents owned and operated a hardware store.

Faucett’s career took her quite far from her agrarian roots and into the offices of top actuarial firms in the country.

After Pacific Life, she was a consulting actuary at Miliman and Roberston for a few years before joining Coopers & Lybrand (now Pricewaterhouse Coopers), where she worked as a principal and consulting actuary. Faucett retired in 2004 as a senior vice president from Equitable Life Assurance (now AXA US).

While Faucett admits she faced a certain amount of gender discrimination as a woman be it in her math classes or during her early years as an actuary, she says the experiences made her more determined to succeed professionally.

“There were not many women doing what I was doing in the seventies. But the negative experiences made me very stubborn and inspired me to work harder.” Fortunately for Faucett, her male bosses turned out to be ahead of the times, proving to be supportive and encouraging mentors. “I had the opportunity to have a great career because I had mentors and bosses who believed that if you could do the job, nothing else should matter,” said Faucett.

Alongside her professional achievements, Faucett also has an impressive record of service to the actuarial profession, particularly to the Society of Actuaries (SOA). She was on the SOA Education and Examination Committee, where she rose to the position of General Chair responsible for all educational syllabus and exams administered by SOA.

She was a member of the SOA Board of Governors and made important contributions to the literature on market practices and ethical conduct of insurance companies toward consumers.

Faucett spent her career in California, New York City and Philadelphia. After retirement, she settled near Newport, Oregon, to be close to her family. Faucet has traveled frequently all her life and she continues to make trips back East to reconnect with friends and enjoy the theaters and museums in her old haunts.

Faucett’s career has been defined by her versatility and her willingness to broaden her role in an organization. She moved adroitly from pricing and risk evaluation to acquiring expertise in legal issues and sales and marketing at Equitable. Faucet never missed an opportunity to learn new things and to work in different areas and projects, a trait that enabled her to acquire positions in senior management and leadership. “In actuary, it used to be that you did the same kinds of things for 40 years. But I didn’t want that for myself.”

Faucett’s career graph didn’t fail to attract notice. “Often a younger actuary in the company would say, ‘I want a career path that you have.’”

The secret behind her professional success, Faucett says is her skill as a technical communicator, an art she wholeheartedly recommends to present day science graduates.

“One of the things that really helped me get ahead was an ability to communicate my work to non-actuaries. I am not technical in my speech,” observed Faucett. She has given many talks on market conduct issues at industry events in the course of her career, and it wasn’t uncommon for people to approach Faucett after her talk. “They would often say, ‘I can’t believe you are an actuary because I can understand you!’”

Faucett offers some unbeatable wisdom for science students. “We need to be much more inclusive in how we communicate.”

As a student many decades earlier, Faucett relied on scholarships to attend college and graduate debt-free, and that experience has inspired her to create a difference in the lives of students who may face similar personal and financial obstacles in their path to higher education.

Passionate about helping hard-working students achieve their dreams, Faucett is a longtime contributor to the Science Scholars Fund, which broadly supports science students with financial needs. She is also working with the OSU Foundation to establish a scholarship fund in the College of Science for students with disabilities.

Faucett enjoys reading the letters from scholarship recipients that eloquently testify to how the award helps them continue with their education and keep moving forward with their dreams.

“These young people are going to change the world. They are doing incredibly important things,” she enthusiastically states. Her favorite letter is from a student who thanked her for making it possible for her to drop a third job to focus on academics.

An active donor for more than 40 years, Faucett has also supported a broad range of educational endeavors in the sciences and contributed to other academic resources for diverse groups of students. These include the Actuarial/Financial Math Unrestricted Fund, the SURE Science Program, which funds summer undergraduate research opportunities, as well as the Gretchen S. Schuette College of Science Fund, which supports and encourages students from Oregon community colleges to complete a bachelor’s degree in science at Oregon State.

With Faucett’s deep commitment to philanthropy, it is clear that young people aren’t the only ones who are going to change the world.