Gates is the first African American to hold an endowed chair in physics at a major research institution in the United States and only the sixth person to be named a Regents Professor in the university's history. He also serves as director of the Center for String and Particle Theory at the University of Maryland. Currently, he is a visiting professor in Brown University’s Department of Physics.

In his talk, Gates explored the importance of diversity to scientific progress and achievement from the viewpoint of a physicist. The discussion, inspired by his article published in The Scientist, “Equity Vs. Excellence: A False Dichotomy in Science and Society,” employed scientific and historical perspectives to illuminate how fostering racial diversity and closing the equity gap in STEM fields are essential for scientific excellence and benefit society.

Gates’ impressive career is marked by both scientific distinction and substantial contributions to education policy and STEM education advocacy. A world-renowned theoretical physicist, he has made original and path-breaking contributions to superstring theory, supersymmetry and supergravity. Gates has elevated the public's understanding and awareness of theoretical physics by his frequent appearances on PBS’s NOVA series, an American science documentary television series, where he shares insights on string theory and Albert Einstein.

In 2013, President Obama awarded Gates the National Medal of Science, the highest recognition given by the country to scientists for groundbreaking research. He received the National Medal of Science for "his contribution to the mathematics of supersymmetry in particle, field and string theories and his extraordinary efforts to engage the public on the beauty and wonder of fundamental physics.”

Gates is an elected fellow of the National Academy of Sciences, the first African American physicist to be so recognized in the academy’s 150-year history. He was inducted into the American Academy of Arts and Sciences and was named the 2014 “Scientist of the Year” by the Harvard Foundation.

Gates was appointed by President Obama to serve on the U.S. President’s Council of Advisors on Science and Technology (PCAST). In his role as co-chair of the PCAST working groups for STEM education, he authored several reports, entitled “Prepare & Inspire” and “Engage to Excel” as recommendations to the president. He currently serves on the Maryland State Board of Education and leads efforts to enhance science education and implement next generation science standards in the state.

During his visit to Oregon State, Gates met with mathematics, statistics and physics faculty as well as campus leaders and others to discuss ways to improve learning and student success, especially in mathematics courses. Gates shared his ideas outlined in the PCAST report, "Engage to Excel," which addresses ways to improve STEM education during the first two years of college—a vulnerable stage that prompts nearly 60% of students to abandon their pursuit of a STEM degree.

Gates has been extensively featured in the media, including the BBC, PBS and C-SPAN. He has also appeared in many documentary programs on physics. Among these are The Elegant Universe, Einstein’s Big Idea, Fabric of the Cosmos and The Hunt for the Higgs.

Gates’s scientific discoveries have carried forth and broadened Albert Einstein’s theory of general relativity. As a young postdoctoral fellow at Harvard, Gates had derived a “mathematically-complete successor” to general relativity that he called “super field supergravity." This theory of physics adds further attributes of matter, including quantum particles such as electron spin to Einstein’s geometry of the space-time structure, offering new ways of mathematically conceptualizing and understanding space and time.

Throughout his academic career, Gates has endeavored to create mathematical structures to explain the laws of the universe. His continuing research in supersymmetry, supergravity and superstring theory includes work on Adinkra symbols, error-correcting codes and equations of fundamental physics.

Gates is the author of more than 200 research papers and has co-authored Superspace, the first comprehensive book on the topic of supersymmetry in 1984. In 2006, he released the book L’arte della Fiscia (The Art of Physics). In 2006, he completed a DVD series titled Superstring Theory: The DNA of Reality for The Teaching Company composed of 24 half-hour lectures to make the complexities of unification theory comprehensible to non-physicists.

Gates is past president of the National Society of Black Physicists, a Fellow of the American Physical Society, the American Association for the Advancement of Science, and the Institute of Physics in the U.K. He is on the Board of Directors for Fermi National Accelerator Laboratory.

Gates earned bachelor's degrees in mathematics and physics and a Ph.D. in physics from the Massachusetts Institute of Technology. His doctoral thesis was the first one at MIT to deal with supersymmetry.

Below are highlights from our 2017 Spring Distinguished Lecture. 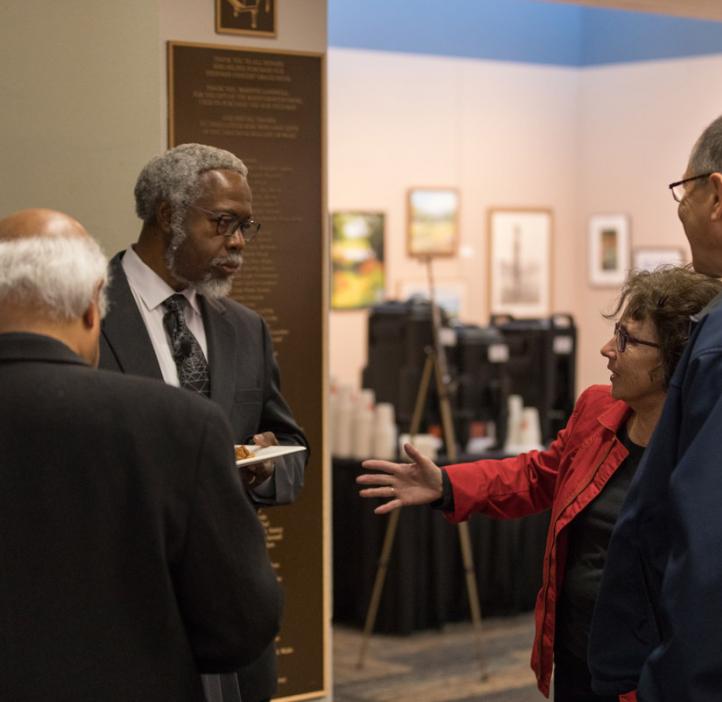 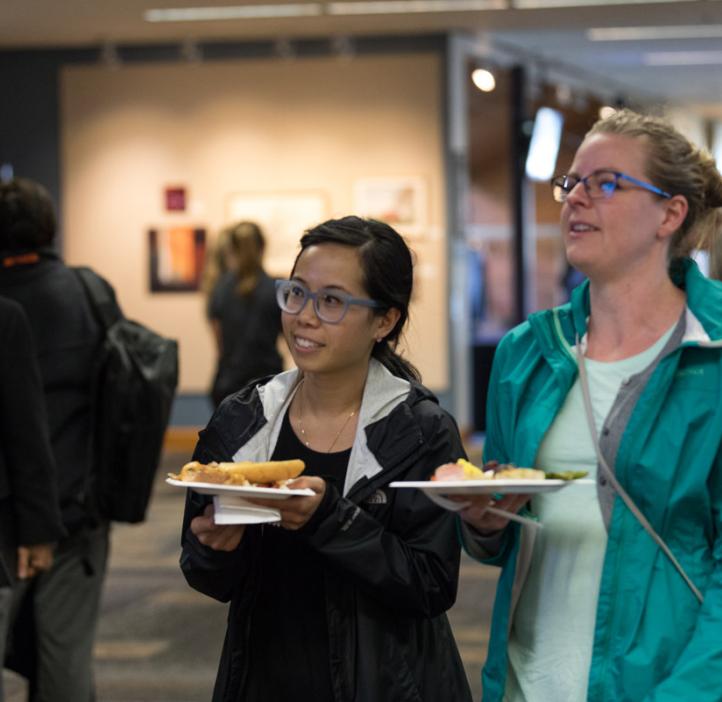 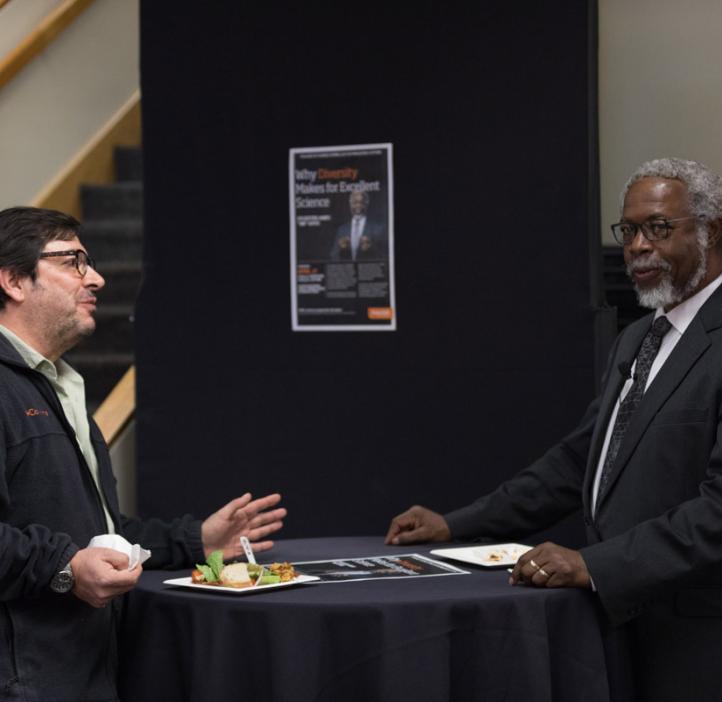 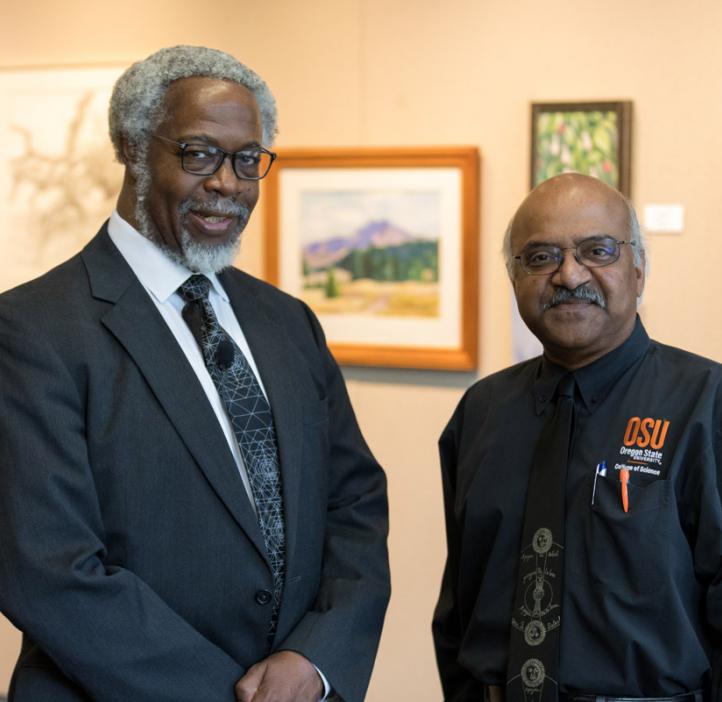 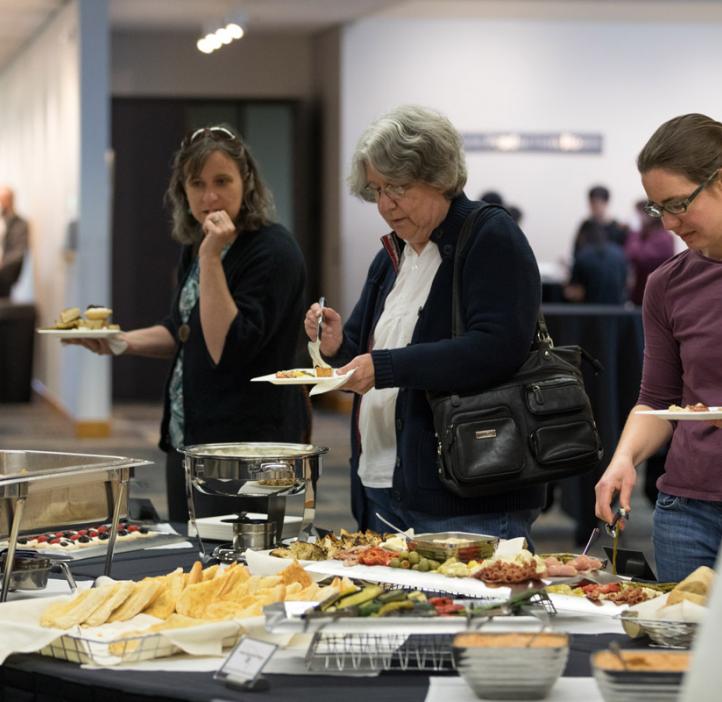 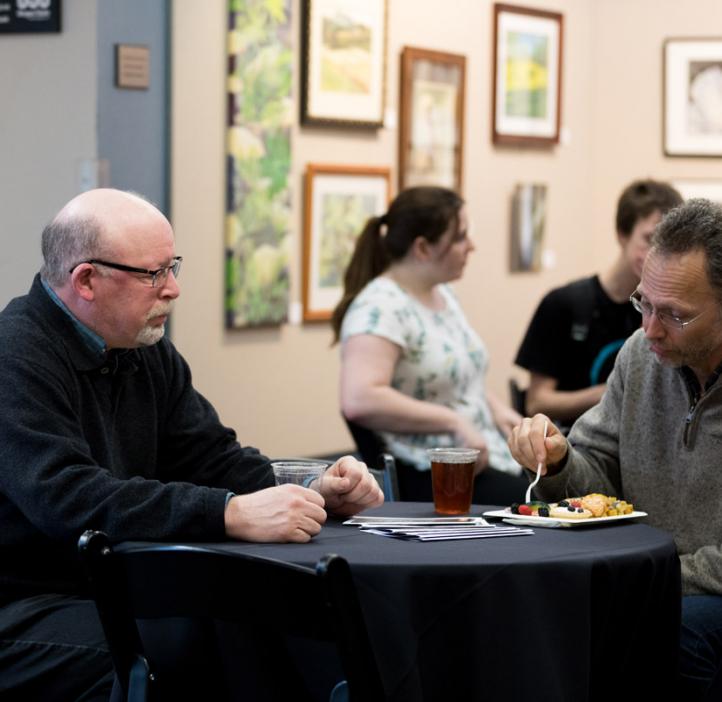 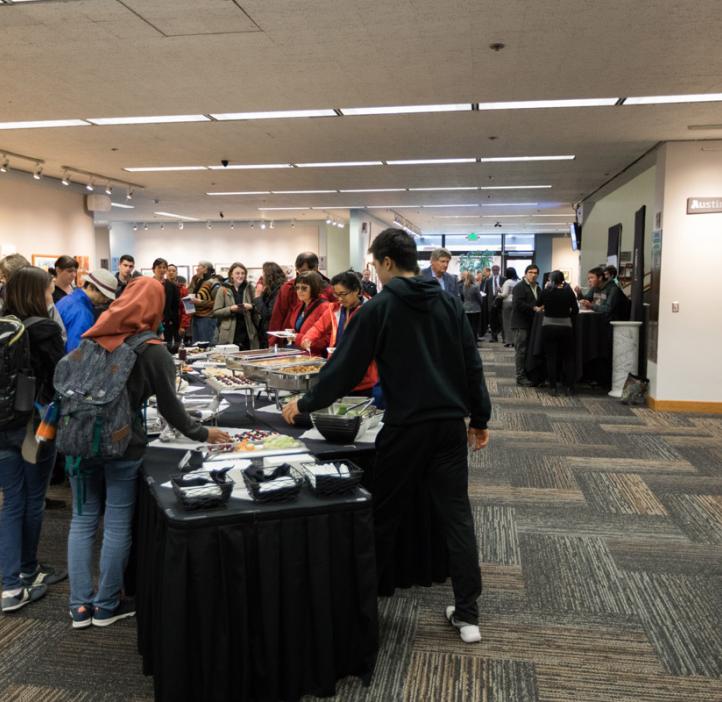 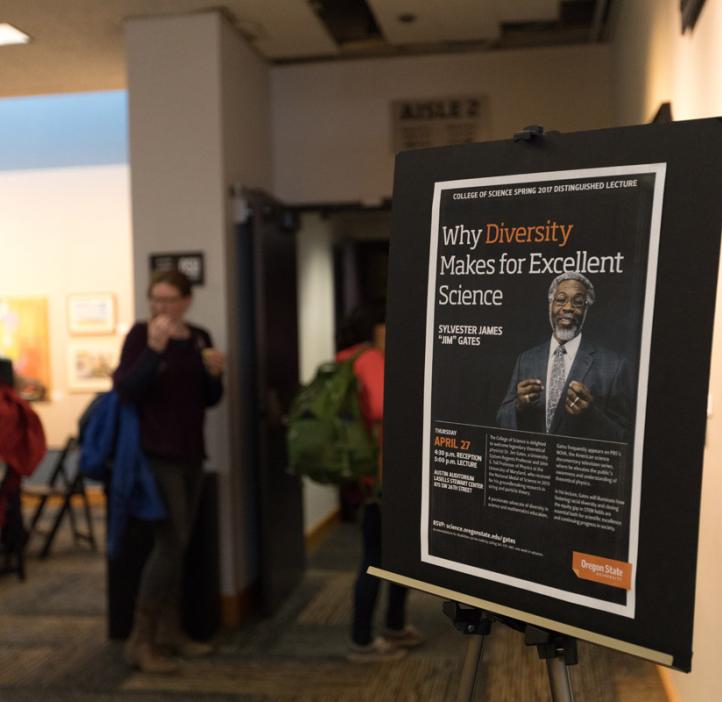 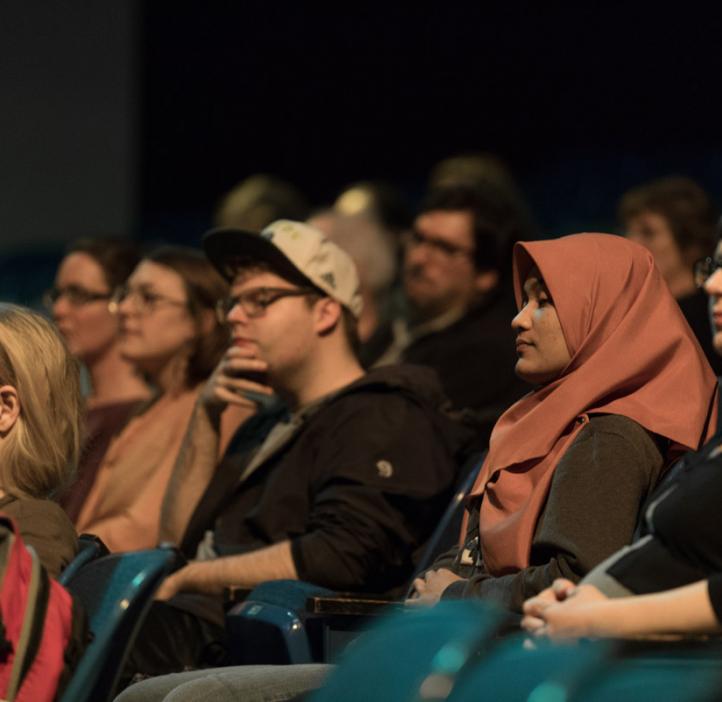 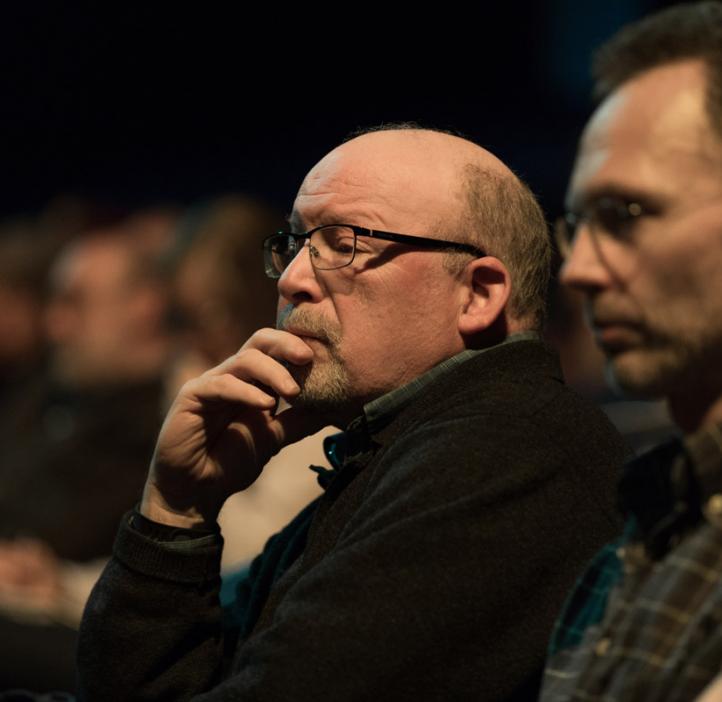 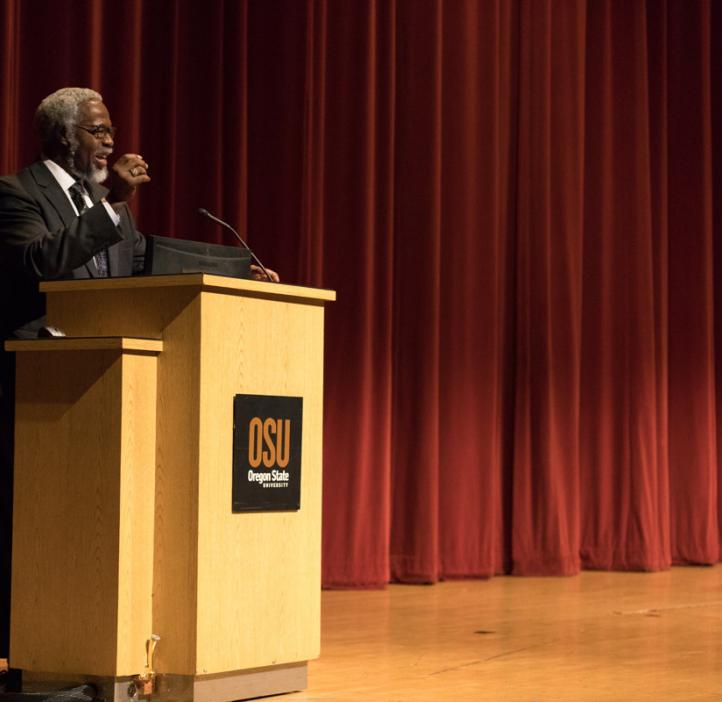