SAR11, the most abundant plankton in the world’s oceans, are pumping out massive amounts of two sulfur gases that play important roles in stabilizing the Earth’s atmosphere, researchers announced in the journal Nature Microbiology.

"Everyone knows these gases by their smells," said Steve Giovannoni, a distinguished professor of microbiology in the College of Science, and corresponding author of the study.

“One of these compounds – dimethylsulfide, or DMS - we recognize as the smell of the sea. The other gas - methanethiol - makes us think of leaking gas lines. In the atmosphere, dimethylsulfide oxidizes to sulfuric acid, which some scientists think can seed cloud formation and alter heating of the Earth.” 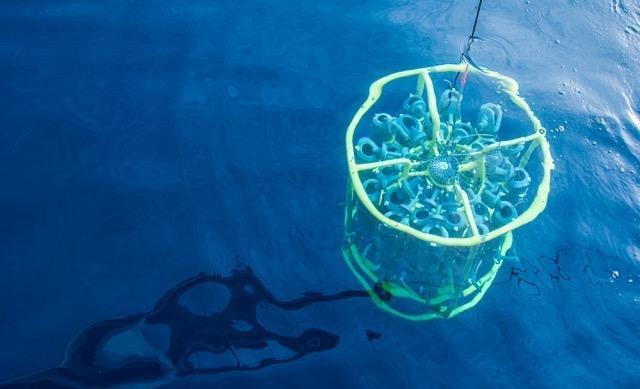 Samples of SAR11 being collected off the coast of Bermuda. Photo credit: Ben Temperton

"That doesn't mean the cells are always producing the gases," said Giovannoni. “But they are always ready if algae in the surrounding water make DMSP, a compound that the SAR11 cells harvest for energy, releasing sulfur gases as waste products.”

Many types of gaseous fumes emerge from the ocean, such as formaldehyde, acetone and methanol, according to Giovannoni. However, researchers were very surprised that the cells produced both DMS and methanethiol. The DMS is made by a newly discovered gene, according to the study, and it was completely unexpected. While the authors knew the cells could make methanethiol internally, they did not expect it to be released in large quantities.