The College of Science 2016 F.A. Gilfillan Memorial Lecture featured OSU physics professor Janet Tate who presented, “It’s a Materials World.” The public lecture was held on May 9 in LaSells Stewart Center at 7:15 pm following a reception at 6:30 pm. View photos from the event.

A global leader in the field of materials physics, Janet Tate is the 2015 recipient of the F.A. Gilfillan Award for Distinguished Scholarship, which recognizes distinguished scholarship in science by honoring a faculty member in the College of Science who demonstrates a long and exceptional scientific career and scholarly achievements that are widely recognized nationally and globally by her or his peers. 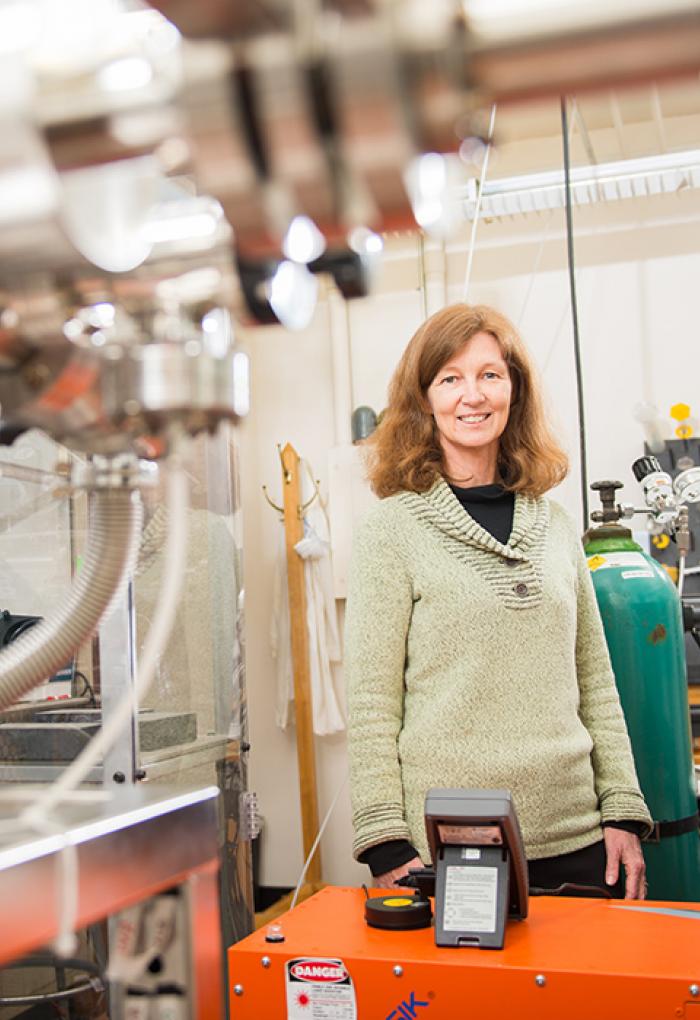 Materials transform our lives and drive the economy. Electronic materials play a pivotal role in the generation and storage of energy and help to develop next-generation electronics. Dr. Tate, the Dr. Russ and Dolores Gorman Faculty Scholar and professor in the Department of Physics, discussed the fascinating world of transparent conductors and superconductors and illuminated the surprising and contradictory properties of these materials that are transforming our lives and our economy.

Tate revealed the exciting and emerging field of transparent electronics, delving into how the movement of electrons contributes to their unique electrical properties enabling them to conduct electricity, store energy and appear optically transparent. Tate also discussed how superconductors can transmit electricity without losing any energy.

“We’ve known about transparent conductors and for years - every touchscreen has them. But they keep getting better and better and we use them for more and more applications because we understand them better. We can even use them to build transparent circuits!" said Tate.

"Superconductors are a less obvious part of our lives, but they’re there, and maybe one day they will be more common. The wonderful thing about materials is that there’s always something new to discover.”

An outstanding teacher and mentor, Tate delivered an engaging public lecture on what makes materials so useful and interesting and why we should care that electrons do what they do.

Sastry G. Pantula, Dean of the College of Science, viewed Tate's presentation as an inspiration to future scientists, especially women, in the crowd while highlighting the increasing impact science has on our lives.

“While we understand that everything in life is based on the laws of physics, much of their workings remain a mystery to most of us,” said Pantula. “Dr. Tate’s lecture on the laws and properties of electronic materials will surely enlighten us about the secrets behind the mechanisms of electronic and superconducting materials.”

Tate is something of an anomaly in the fields of physics and materials science. NSF surveys regularly report that among STEM fields the proportion of women is lowest in physics as well as in engineering and computer sciences.

According to a 2013 report by the American Institute of Physics, women make up just 13% of professorial-rank faculty members in all physics degree-granting departments and is even lower in Ph.D.-granting physics departments at 11% nationwide.

The American Institute of Physics’ survey of trends in the field indicates that an average of 33 students were awarded a Ph.D. in materials science of the 1,623 conferred PhDs in 2010 and 2011.

Global data collected by the Organization for Economic Co-operation and Development of leading authors of scientific publications also reveal the representation of women is lowest in physics, followed by materials science at 15% or less.

The Gilfillan memorial award winner delivers the annual Gilfillan public lecture. Although 31 faculty in the College of Science have received the Gilfillan award since its inaugural lecture in 1984, the award to Tate has paved the way for the first-ever Gilfillan Lecture by a physicist. Mathematician Edward Waymire was the 2015 recipient of the Gilfillan Award.

Past celebrated Gilfillan awardees include microbiology professor Steven Giovannoni who presented Ancient History: Microbial Origins and the Greening of Earth” as well as biochemistry and biophysics Professor Andrew Karplus, who presented “Investigative Reporting on Proteins: Getting the Scoop on Nature’s Tiniest Machines,” and chemistry professor Mas Subramanian who spoke about “Pathways of Discovery: Designing a New Colorful Materials World.” Last year, Waymire gave a heartfelt talk on “Blending Scientific and Mathematical Curiosities.”

Tate, who joined OSU as an assistant professor in 1989, is a global leader in the field of materials physics, and has made many important advances in the study of superconductors, new materials known as p-type transparent conductors, transparent semiconductors and photovoltaic materials.

Tate has many scholarly and professional achievements to her credit. She has received national and international honors as well as numerous prestigious research and teaching awards. She was recently elected a fellow of the American Physical Society for outstanding contributions to structural, transport and optical properties on various electronic and superconducting materials. 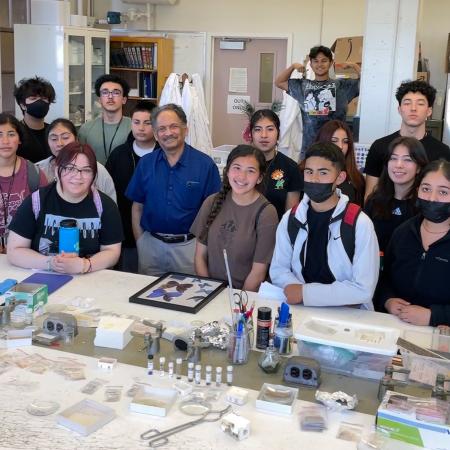