The College of Science welcomes renowned mathematician and champion of underrepresented minorities in the sciences Richard Tapia to present a lecture on diversity for STEM leaders and faculty across campus entitled, “Building a Culture of Diversity in Higher Education: Obstacles and Successes.” He will deliver this invitation-only lunch event in Centro Cultural Cesar Chavez May 11 at noon.

Dr. Tapia is a University Professor in Rice University’s Computational and Applied Mathematics Department, the university’s highest academic title awarded to only seven faculty in its history. 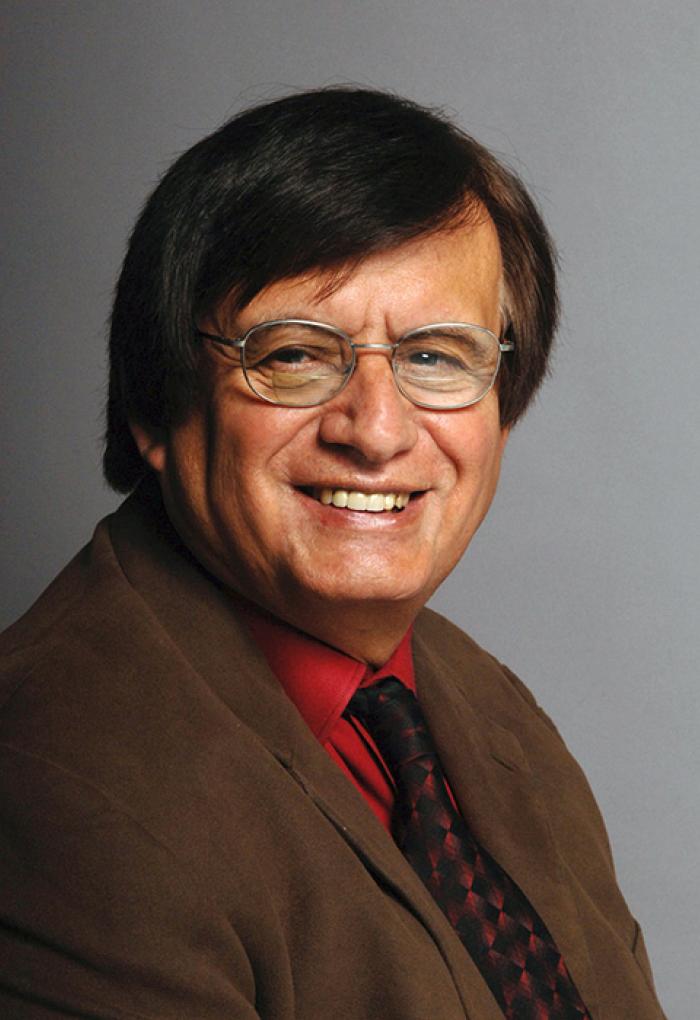 Internationally recognized for his research in the computational and mathematical sciences, Dr. Tapia is also a national leader in the preparation of women and underrepresented minority doctoral degree recipients in science, engineering, and mathematics. His leadership has greatly contributed to Rice University’s national recognition and success in the area of diversity in STEM.

The mathematician is also Director of Rice University’s Center for Excellence and Equity in Education. He has also been featured in a video promoting the Society for the Advancement of Chicanos and Native Americans in Science (SACNAS).

Extreme growth in the nation’s Hispanic population, primarily Mexican American, is forcing educational challenges at a crisis level for the country. Dr. Tapia’s will discuss the importance of finding ways to incorporate this growing population into mainstream of scientific and technical endeavors.

Facing challenges throughout his own journey—from being born in Los Angeles to parents who immigrated from Mexico to being a first generation college graduate to his trip to the White House where he received the 2011 National Medal of Science from President Obama, Dr. Tapia will discuss how these experiences shaped him as a leader in underrepresentation issues at the campus, state, and national levels.

"Professor Tapia and late professor Blackwell are two folks whom I admire, first for their excellence in mathematics and statistics, and second for their leadership in enhancing diversity--two of our College's core values," said Sastry G. Pantula, dean of the College of Science.

"The Blackwell-Tapia conferences, named after these two leaders, have a great impact on building diverse leaders in science. The OSU community is in for a treat. We can all learn a lot from Dr. Tapia's experiences."

In 1990, the National Research Council named Tapia one of the 20 most influential leaders in minority mathematics education in the country. Later that year, he received the Hispanic Engineer National Achievement Award for Education from Hispanic Engineer.

The renowned mathematician holds honorary doctorates from Carnegie Mellon University, Colorado School of Mines, University of Nevada, and Claremont Graduate University. He also has two professional conferences named in his honor: the Richard Tapia Celebration of Diversity in Computing Conference and the Blackwell-Tapia Mathematics Conference.

Dr. Tapia presents the Mathematics Department’s 31st annual Lonseth Lecture May 10 at 4:00 pm in LaSells Stewart Center, Construction & Engineering Hall, following the annual Mathematics Awards ceremony at 3:30 pm. This scientific talk, “The Remarkable Journey of Isoperimetric Problem: From Euler to Steiner to Weierstrass,” will offer an overview of the history of the impactful isoperimetric problem. A reception will follow the events.