Microbiology PhD student Ryan McMinds joined Rebecca Vega Thurber’s lab in 2012. Many of the lab’s projects focus on pathogenic viruses and bacteria, but Ryan is more interested in the coral microbiome. He is searching for the microbes that are good for their hosts. That information makes the researchers’ current descriptions of stressor-induced microbiome shifts even more relevant.

So Ryan is in Australia to explore a more detailed description of the ‘normal’ coral microbiota. For more details, check out his blog from early July.

After arriving in Australia in late June, Ryan spent his first few weeks in Townsville, Australia, as a guest of Dr. David Bourne at the Australian Institute of Marine Science (AIMS). The area between AIMS and nearby James Cook University (JCU) is one of the world’s premier centers for marine and coral reef science, and it’s chock full of leading researchers. He’s there to meet them while continuing his own studies. 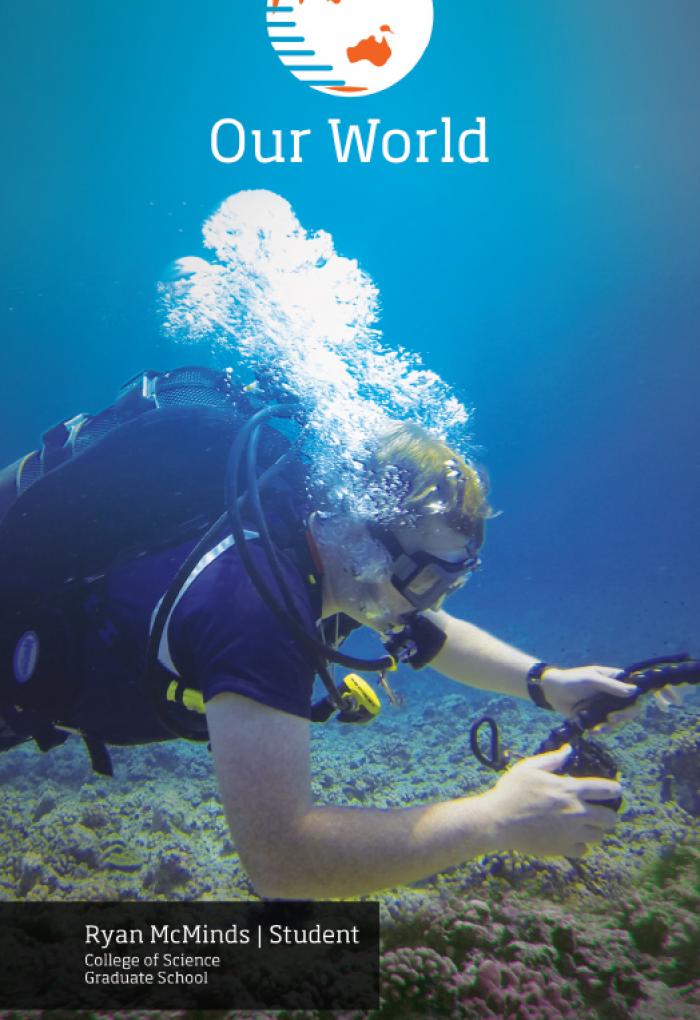 Ryan attended an orientation session hosted by the Australian Academy of Science (AAS) in the capital city of Canberra before traveling on to Lizard Island Research Station. The secluded island is a national park featuring 24 white sand beaches and a deep blue lagoon. It is considered one of the most beautiful destinations in the world.

Ryan’s trip is funded by the East Asia and Pacific Summer Institutes (EAPSI) program, a collaborative effort between National Science Foundation (NSF) and AAS. He also recently received a Provost's Fellowship and is interested in studying the coevolution of corals and their symbionts. Ryan plans to study this in the context of the biogeographical variation in their association.

He earned his B.S. in marine science and biology at the University of Miami’s Rosenstiel School of Marine and Atmospheric Science while minoring in anthropology and chemistry. But Ryan is native to the Willamette Valley: he graduated from South Albany High School.

Keep up with Ryan’s research and travels this summer through his blog, The Cnidae Gritty.