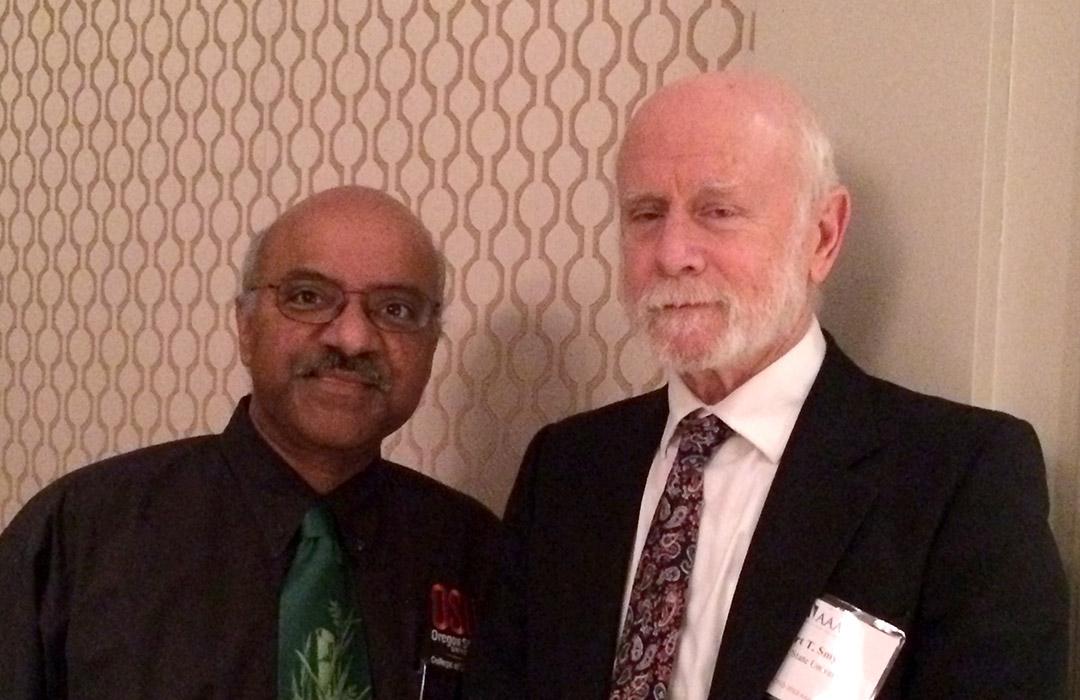 Smythe joins more than 42 colleagues across the Oregon State University, who have also held this honor since 1965. He is one of the 338 AAAS members honored by their peers with the prestigious distinction this year for scientifically or socially distinguished efforts to advance science or its applications. Smythe was recognized “for his distinguished contributions to probability theory, design of randomized trials, analysis of algorithms, and for application of probability and statistics to science policy.”

"We are honored for Bob to receive this high honor bestowed by AAAS, one of the most prestigious scientific organizations in the world," said College of Science Dean Sastry G. Pantula. “I congratulate Bob for helping make the College of Science at Oregon State a place of excellence for it’s research, service, and teaching."

Smythe retired from OSU in 2010, but he continues to work on his research and collaborate with former students on academic papers.

Founded in 1848 and the world's largest federation of scientific and engineering societies, AAAS is an international non-profit organization dedicated to advancing science for the benefit of all people. In addition to membership activities, AAAS publishes the well-known journal Science as well as many scientific newsletters, books and reports.

Election as a Fellow of AAAS is an honor bestowed upon members by their peers. Fellows are recognized for meritorious efforts to advance science or its applications in areas such as research, teaching, technology, professional service, academic administration, industry, government in addition to communicating and interpreting science to the public.