Mathematics Professor Malgorzata (Malgo) Peszynska is one of 489 scientists and engineers from around the world to be elected as 2020 fellows of the American Association for the Advancement of Science (AAAS).

Founded in 1848, the AAAS is the world’s largest multidisciplinary scientific society. It publishes the leading journal Science and other cutting-edge research journals. AAAS fellows comprise an illustrious group of scientists such as inventor Thomas Edison, anthropologist Margaret Mead and biologist James Watson.

Peszynska was honored as an AAAS Fellow “for outstanding contributions to multidisciplinary mathematical and computational modeling of flow and transport in porous media.” The new Fellows will be recognized at the online AAAS 2021 annual meeting in February. The names of the newly elected Fellows also appeared in the November 27 issue of Science.

“It is extremely rewarding for my work to be recognized. I stand on the shoulders of the giants in the field and I am grateful for their passion which inspired mine,” said Peszynska. “I share this award with my family and the extended family of students and collaborators, whose support has been unwavering. My goal is to continue paying it forward.”

In 2019, the National Science Foundation (NSF) chose Peszynska as the rotating Program Director within its Division of Mathematical Sciences in Washington, D.C., a position that she continues to hold.

She held research and teaching positions at the Polish Academy of Sciences, the Warsaw University of Technology, Purdue University and the University of Texas, Austin, before joining OSU as an assistant professor in 2003.

“It is extremely rewarding for my work to be recognized. I stand on the shoulders of the giants in the field and I am grateful for their passion which inspired mine,” said Peszynska.

Discovering the world of applied mathematics

Having discovered her love and aptitude for mathematics at a very young age, Peszynska received whole-hearted support and encouragement from her mother, who was a physician, to pursue her academic passion. Trained in pure mathematics at first, Peszynska found her true calling: studying physical phenomena through the lens of mathematics.

“I had substantial training in pure math. My master’s degree was studying very pure mathematical concepts applied to computer science,” Peszynska said. As a Ph.D. student in Germany, she turned to applied mathematics, discovering the bridge between parallel computing and models and simulations of large-scale flow problems.

“My advisor gave me an applied project where I could benefit from my knowledge of parallel computing,” Peszynska said. “I had to learn a lot in a hurry about the applied setting. But it was cool because I could finally use the theoretical underpinnings and methods of analysis that I learned.”

In the last two decades, Peszynska has built up an impressive research program in applied mathematics at OSU. This has attracted several grants from the National Science Foundation, the Department of Energy and other federal agencies to enable the investigation of the challenges of modelling and simulation of complex natural processes. Her work has ranged from multiscale modeling of flow and transport, including at the pore-scale, adsorption and modeling of coupled non-linear phenomena incorporating knowledge of geomechanics, geophysics and geochemistry.

Peszynska’s interdisciplinary projects encompass the fields of hydrology, oceanography, statistics, environmental, petroleum, civil and coastal engineering, physics, and materials science. She has also trained numerous students in her field and has published more than 70 articles, many co-authored with her students.

Peszynska is equally well recognized for her excellent mentoring and dedication to student learning. She has been an advisor to postdocs, master’s, doctoral and undergraduate students. To date, seven Ph.D. students have completed their dissertation under her guidance and she is currently an advisor to four more doctoral students. She also mentored over 10 undergraduate and master’s students. Peszynska’s students, who have pursued research with her across multiple academic levels, are enjoying fruitful careers in industry, academia and national labs.

Peszynska notes that of all her professional accomplishments, she is most proud of her work with students.

“It has been a joy to see my students grow into independent researchers and successful professionals. I recently submitted a paper with four of my students, and it was exciting to see them work together on a joint project where each of them does their part as a researcher.”

Peszynska’s research intersects with important problems related to energy engineering and climate change. Her modeling of transport includes porous media phenomena in aquifers, oil and gas reservoirs, the growth of biofilms, carbon sequestration, solar cells and the effects of permafrost warming. She is particularly proud of her work on modeling methane hydrate transfer and evolution, and has pioneered the use of computational mathematics to study upscaling in complex pore-scale environments (such as the subsurface of the earth).

Methane hydrate — frozen deposits of natural gas in the sea’s subsurface sediment — found primarily in the Arctic and sub-ocean sediments is a double-edged fuel source. When the ice-like methane hydrate deposits melt due to high temperatures or drilling, large volumes of methane gas may lead to explosions or may escape into the atmosphere. While methane hydrate deposits are viewed as one of the largest sources of natural gas and a viable fossil fuel, methane emissions might also contribute to global warming and climate change. Moreover, converting hydrate compounds into gas can be risky or unstable, making large-scale extraction or production of this powerful greenhouse gas difficult.

Many applied mathematicians simulate things because there is an underlying important problem,” observed Peszynska. “As an applied mathematician in this area, the objective is to provide reliable and accurate modeling tools for simulation of various scenarios to help mitigate and contain the possible disasters.”

Peszynska and her research team are combining computational mathematics with the geophysical mechanics of hydrate behavior to address the challenges with respect to methane gas transport and flow through different layers in sub-ocean sediments. Her work on developing and analyzing computational models describing the evolution of methane hydrate is supported by a $384K NSF award for 2015-21.

“These issues were well-known by the geoscientists, but relatively unknown in the mathematics and computations community when I started studying it 15 years ago prompted by OSU colleagues from the College of Earth, Ocean, and Atmospheric Sciences,” said Peszynska.

Peszynska’s current research addresses some pressing challenges that arise in climate science and geophysics. She is developing new mathematical models and results to study the transport and evolution of methane gas under the influence of changing sea temperatures, the warming of permafrost, and the huge range of length and time scales for key elements of the geophysical process. She was awarded a $225K NSF grant to support her research on this project in 2019-21.

“What’s happening with permafrost is absolutely incredible. Right now changes to the permafrost is a problem ripe for more and more modeling,” said Peszynska. “One can study the processes and attempt to predict what’s going to happen in the Arctic. There are several interlinked scales from modeling microscopic changes to predicting large-scale events due to permafrost melting such as the collapse of buildings and disappearance of coastline.”

Peszynska’s research and teaching accomplishments have garnered her a number of awards at OSU and beyond. She has received the mathematics department’s Joel Davis Faculty Excellence Award, the Graduate Faculty Award and has been recognized by the Kosciuszko Foundation as a Distinguished Fellow of the Collegium of Eminent Scientists of Polish Origin and Ancestry. Peszynska was also a 2009-2010 Fulbright Research Scholar at the University of Warsaw. 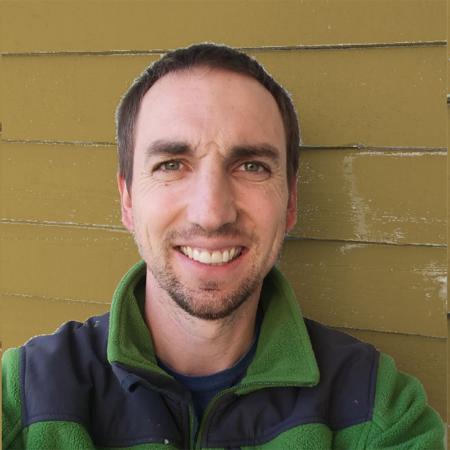 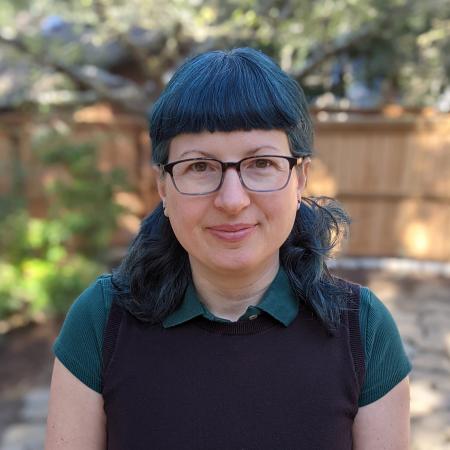