Jacob Maynes, a senior majoring in biohealth sciences, will start medical school at Lake Erie College of Osteopathic Medicine (LECOM) in Erie, Pennsylvania, this July after only three years of college. Though the journey has not been easy, Maynes is grateful for the support and mentorship that Oregon State University has provided toward achieving his goals.

A native of Roseburg, Oregon, Maynes was first exposed to medicine at an early age, with his mother a nurse practitioner in primary care at a local clinic. During the summers, his father would take the family to a remote fishing lodge in Alaska, where he worked as a mechanic. Maynes learned to drive a boat when he was 11 years old, and was soon driving the skiffs out to haul non-perishable supplies to the lodge as it was cheaper than flying.

“It was really hilarious, because I was a 12-year-old kid driving alone up the river, and there’d be other fishing lodges with clients there, and I’ve got a boat completely loaded with beer,” Maynes said.

As he got older, Maynes found extra work taking clients on rafting or fishing trips, and helping his dad with mechanical maintenance and repairs. Eventually, Maynes and his brother were able to take over the position from their father and began coming up alone.

Working in Alaska also gave Maynes his first exposure to emergency medicine. One of the clients slipped and hit their head on a rock – splitting right through to the skull. In such a remote setting, the nearest clinic was a thirty-minute plane ride away, and the nearest hospital was two hours away.

“My mom got some fishing line, a sewing needle, and the numbing medicine was a shot of whiskey. She just sutured his head up,” he said.

The experience sparked an interest that Maynes continued to develop back in Roseburg, where he began volunteering at the local hospital starting his sophomore year of high school, and later on received an Emergency Medical Training certification that helped jumpstart his career as a hospital scribe for an ER doctor.

“A big part of medical school is experience,” he explained. “And because I’ve been working so long, my experience is basically on par with everyone else – even though they’re older than me.”

Maynes attended Umpqua Community College for his first year and then transferred to OSU starting summer term. Working with advisor Alex Beck, he devised a plan that would allow him to complete a college degree in the next two years, beginning to apply for medical schools that same year at twenty years old.

Meanwhile, he was continuing to work night shifts scribing at the hospital in Roseburg, when a sudden and chronic autoimmune disease forced him to take a term off to recover. Maynes lost nearly forty pounds and was forced to let go of a long-held dream of being on the Air Force Special Operations Surgical Team. With the help of medication, Maynes was able to get the symptoms under control, but now found himself months behind on a schedule that was already nearing max capacity.

The extra term of coursework meant that he was forced to juggle traveling for med-school interviews with a full course load, as well as volunteering in Biochemistry and Biophysics Associate Professor Colin Johnson’s lab. Fortunately, the first place he interviewed turned out to be a perfect fit.

“I was really impressed; everyone there was super helpful, so that kind of sold me on going there,” he said of LECOM.

When asked about his drive to graduate quickly, Maynes explains that he feels he didn’t have much of a choice in the matter.

“Everyone always says, ‘slow down, take your time, enjoy the journey.’ I’ve always been the kind of person where, I’d rather just get to the end. That’s my goal – let’s take the shortest path to get there,” says Maynes.

At LECOM, Maynes is enrolled in a Problem-Based Learning Pathway, which offers students the opportunity to study biomedical and clinical sciences by utilizing case-studies in a small-group environment. Unfortunately, given the current circumstances, many of the details are still unknown.

“The one constant is that medical school is starting on the 25th of July. What it’s going to look like is yet to be determined.”

Maynes advises other pre-med students to apply for scholarships, and not only get healthcare exposure, but to make sure it is in the field they are interested in.

“Find out what the doctor does so you can decide if you want to do it.”

When he is not working, Maynes loves being in the outdoors, particularly activities like hunting, distance shooting, and riding motorcycles. 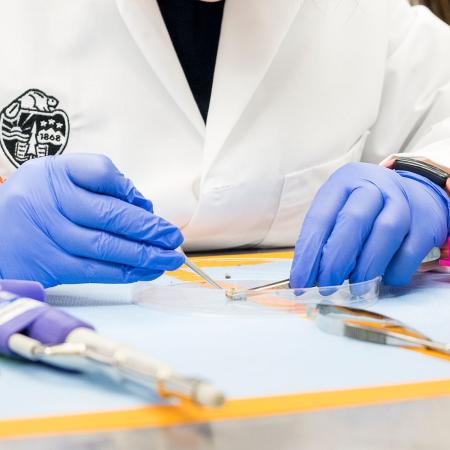 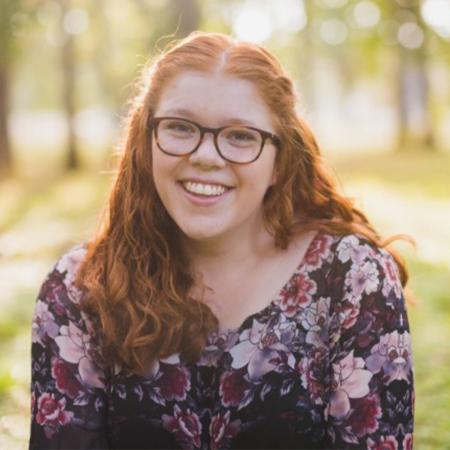