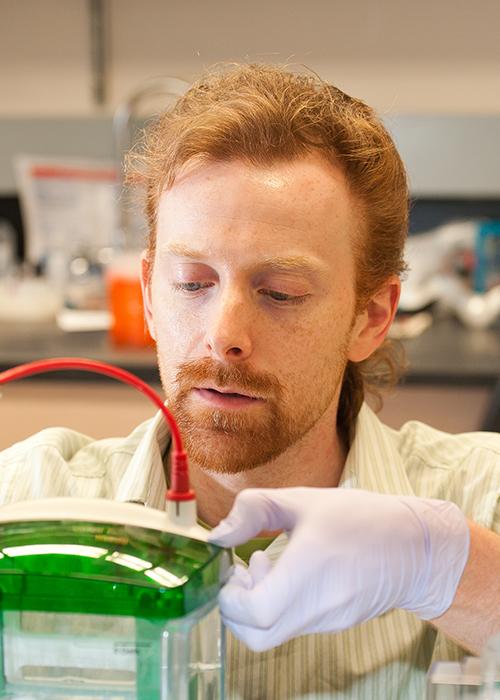 The lab is currently focused on protein sensors of intracellular calcium and their function in membrane trafficking. Of particular interest is the protein otoferlin, which is a member of the ferlin family of proteins. Otoferlin regulates release of neurotransmitter from synaptic vesicles during the encoding of sound, and mutations in otoferlin have been linked to deafness in human patients. Currently, it is unclear how otoferlin controls neurotransmitter release, and the large size of otoferlin prohibits gene therapy. It is also unclear how the loss of otoferlin activity might change neuronal development and wiring. We are combining biophysical assays with zebrafish knockdown and rescue studies to characterize otoferlin on the molecular, cellular and organismal level. We are also developing and applying genetic code expansion technology to site-specifically incorporate fluorescent unnatural amino acids that will allow us to address molecular mechanisms and dynamics at the atomic level. Our studies will provide the needed biochemical and biophysical information on how otoferlin encodes sound and help in determining the feasibility of using shortened forms of the protein to rescue deafness. Also of interest is dysferlin, another member of the ferlin family which is believed to repair damage to the cell membrane of muscle in response to elevated calcium concentrations. Mutations in dysferlin are responsible for several forms of muscular dystrophy, suggesting a key role for the protein in muscle physiology. Like otoferlin, we seek to understand the function of dysferlin and certain mutations cause pathology. Lastly, we also have an interest in how members of the ferlin family have diverged functionally to adopt such a wide range of physiological roles. 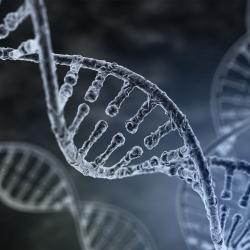 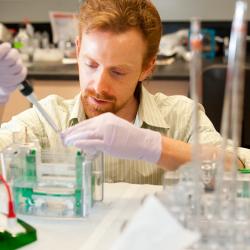 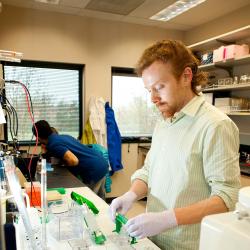 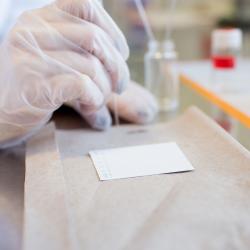