Alumnus Ben Lyons (Ph.D. ’97) has taken his passion for biostatistics far, carving out a very successful career in biotechnology and the pharmaceutical industry. Based in San Francisco, Lyons is the global biometrics team leader at Genentech, a leading research-driven biotechnology rm. He is involved in designing clinical development programs and directing biometrics teams in their analysis.

A native of Oregon, Lyons developed an interest in mathematics in high school. He joined the OSU statistics department after graduating with a degree in mathematics and economics from Reed College, Portland.

“I had the opportunity to work on a variety of interesting projects from many departments including forestry, toxicology and food science. Working with these scientists was the best.”

Lyons’ rewarding professional journey began with many memorable statistics classes, all of “which turned out to be interesting and useful.” “Besides experimental design and linear models, the optimization classes we had then were great, as was the survival analysis class,” Lyons recalled.

He admits that the most enjoyable course was the one in statistical consulting. This comes as no surprise as the consulting practicum has proven highly meaningful for generations of statistics students, remaining a cornerstone of their graduate education.

“I had the opportunity to work on a variety of interesting projects from many departments including forestry, toxicology and food science. Working with these scientists was the best,” Lyons reminisced.

The lessons absorbed in his statistics classes have stuck with Lyons. He says the consulting course gave him ample exposure to communicating with scientists in order to understand their research problems. “In the long run, though the advanced theory and linear models courses turned out to be the most useful since you can apply the concepts to all sorts of data types,” observed Lyons.

“Clinical trials are some of the most important, and certainly the most expensive, experiments around, and since it is regulated, you can have many interesting and high stakes statistical discussions with health authorities.”

After OSU, Lyons built an impressive career in medical research, biotechnology and clinical trials research and design. He was a postdoctoral fellow at the Southwest Oncology Group in Seattle and then moved on to become a senior statistician at Johnson and Johnson where he continued his work on statistical analyses for clinical trials. After five years, Lyons joined Genentech in 2004 where he rapidly ascended the corporate ladder with leadership positions as associate director and director of biostatistics.

Before a medicine is approved for use, it has to undergo clinical trials to test its efficacy and safety, a process in which statisticians play a signi cant role. Lyons chose a career in clinical trials because he preferred working with experimental rather than observational data, not to mention the fact that it is highly rewarding for a statistician to work on clinical trials.

“Clinical trials are some of the most important, and certainly the most expensive, experiments around, and since it is regulated, you can have many interesting and high stakes statistical discussions with health authorities,” Lyons explained.

At Genentech and other organizations, Lyons has primarily worked on pivotal late-stage clinical trials. His career highlights are getting drugs approved as quickly and easily as possible. “It can be quite challenging, and I have had the opportunity to work on many interesting trials,” said Lyons.

In his current position at Genentech, Lyons also oversees data management, programming and patient-centered outcomes for a large program. “These are broader responsibilities than statistics which I enjoy at this point in my career,” added Lyons.

According to Lyons, statistics is valuable in and of itself and also in synergy with other disciplines. With the massive deluge of data, statisticians today possess the ability to make better sense of it, “especially if we can work with other scientists.”

Lyons is married and a father of twin nine-year-old girls, Catie and Sally. 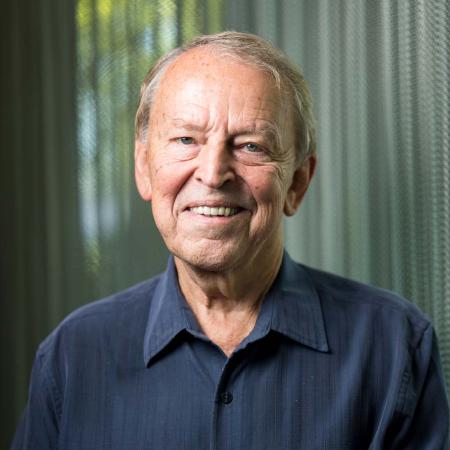