College of Science faculty were awarded $11.3 million in new research grants and awards in fiscal year 2018. The awards are distributed equally between the School of Life Sciences—which includes integrative biology, microbiology and biochemistry and biophysics) and our departments of physical and mathematical sciences.

As the chart below indicates, most of the College’s funding was awarded by federal agencies with the National Science Foundation (45%) and National Institutes of Health (23%) leading the list. Foundation and industrial awards contributed 6%. 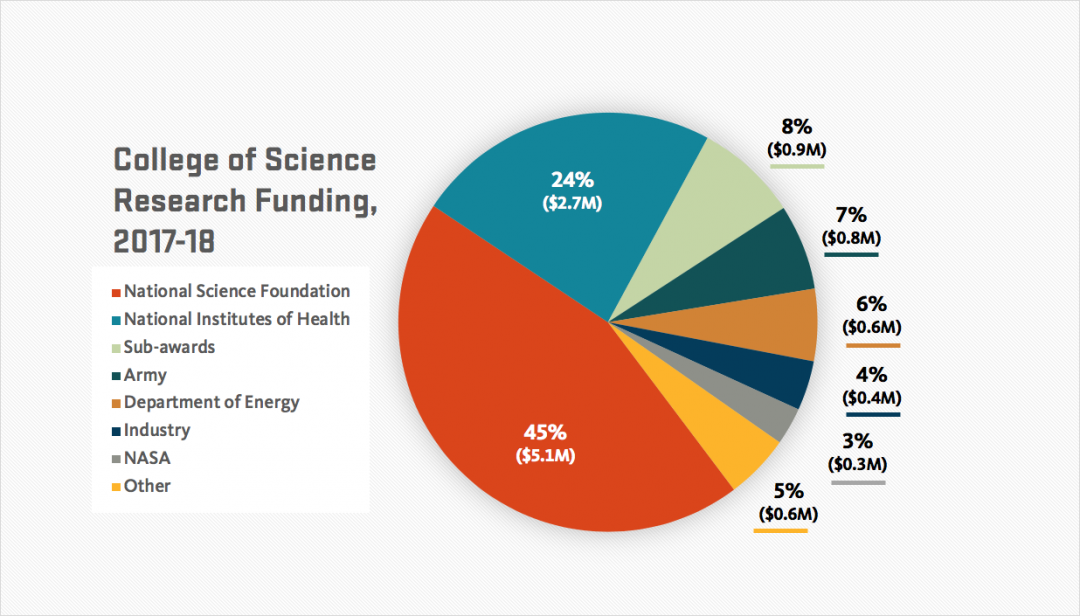 For the fiscal year, the number of research proposals submitted by the College was up 5% relative to FY17. The total requested funds from grant proposal submissions increased from $62M to $95M.

Research expenditures for the year totaled $12M. With expenditures greater than $1.25M each, Doug Keszler and Bruce Menge ranked among the top 20 PIs on campus. We had 63 science faculty expend more than $25K with median and mean amounts of $196K and $111K, respectively. See chart below for award distribution. 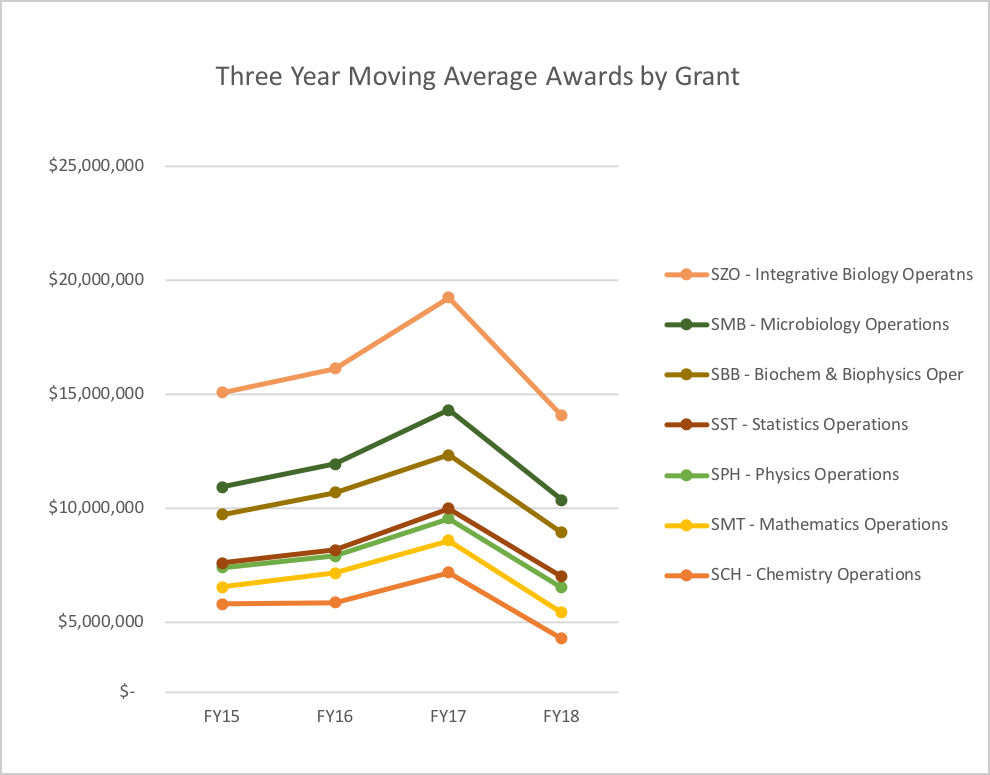 Many science faculty received substantial research grants this year. Below are a just a few notable awards.

Viviana Perez (Biochemistry) was awarded a $2.3M National Institutes of Health grant for a period of five years for her project, “Brain cellular senescence as a driver of Alzheimer's Disease.”

Chemist May Nyman was awarded $1 million as part of a five-year, $12.5 million National Nuclear Security Administration (NNSA) grant for an Actinide Center of Excellence (ACE) to conduct research in actinide and nuclear chemistry important for Stockpile Stewardship, the certification that the nation's nuclear weapons are secure and operational.

Statistician Yuan Jiang has been awarded a four-year, $770K grant by NIH’s National Institute of General Medical Sciences for his project "Network-based statistical methods to decode interactions within microbiomes” to innovate statistical methods to study the human microbiome and its role in human health. Duo Jiang and Thomas Sharpton are co-investigators on this grant.

Congratulations to David Koslicki who received a $437K award from NIH's National Center for Advancing Translational Sciences (NCATS), the first NIH grant in the Department of Mathematics. The project seeks to build a Biomedical Translator, which is a software system that connects various databases of biomedical knowledge and has the capability to "reason" through these data sources to answer relevant biomedical questions.

Jerri Bartholomew was awarded $404K by the Oregon Department of Fish and wildlife for a Fish Health Graduate Research Fellowship in Microbiology.

Chemist Chong Fang received a three-year, $400K award from NSF for his project on “Dissecting Photoconversion in Fluorescent Proteins Frame by Frame.”

Biochemist David Hendrix and biologist Jaga Giebultowicz have teamed up on a project that received a one-year, $360K grant for their proposal, “Uncovering the Gene Regulatory Mechanisms Governing the Aging Circadian Clock.”

Biochemist Colin Johnson won a $338K NIH grant for his project, "In vivo and in vitro studies of the deafness associated protein otoferlin.”

Biologist Michael Blouin received a $332K grant from the Bonneville Power Administration for his project “Evaluate the Relative Reproductive Success of Hatchery-Origin and Wild-Origin Steelhead Spawning Naturally in the Hood River.”

Looking ahead: $6.4M in funding already for FY19

Just two months into the new fiscal year and the College is seeing strong momentum with the following significant awards totaling more than $6.4M. Below are just a few of the recent funding awards.

Chemist Sandra Loesgen has received a three-year, $428K NSF grant for her project "New Tools to Access the Fungal Metabolome and its Ecological Function."

Chemist Chong Fang received a three-year, $400K award from NSF for his project on "Dissecting Photoconversion in Fluorescent Proteins Frame by Frame." 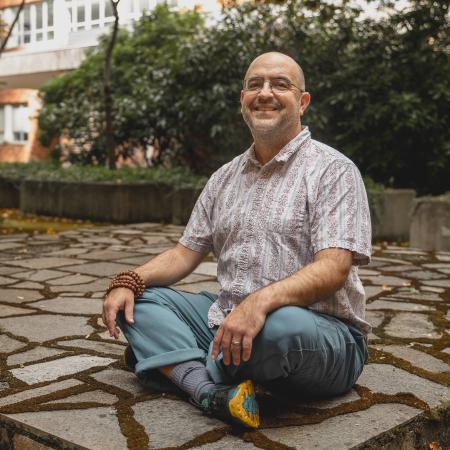