Alumnus Michael Waterman (’64, ’66) has traveled quite a distance to get where he is. From humble beginnings on an isolated livestock ranch in southern Oregon in the 1950s to becoming an internationally celebrated mathematician and biologist at the University of Southern California (USC), Waterman has shattered all expectations.

“For me, OSU was the doorway to the rest of the world,” said Waterman, whose mother was committed to the idea of her children going to college.

Reflecting on his rural childhood, he recalls thinking, “You have no idea what’s out there. It’s very hard to imagine beyond what you see.”

Waterman struggled to see a clear career path forward, but pursued mathematics which proved to be a fortuitous jumping off point in his young life.

The values he acquired growing up in the Pacific Northwest—a respect for living off the land, freedom from outside authority, and a slight tendency to go against the grain and reach beyond the imagination—served him well. 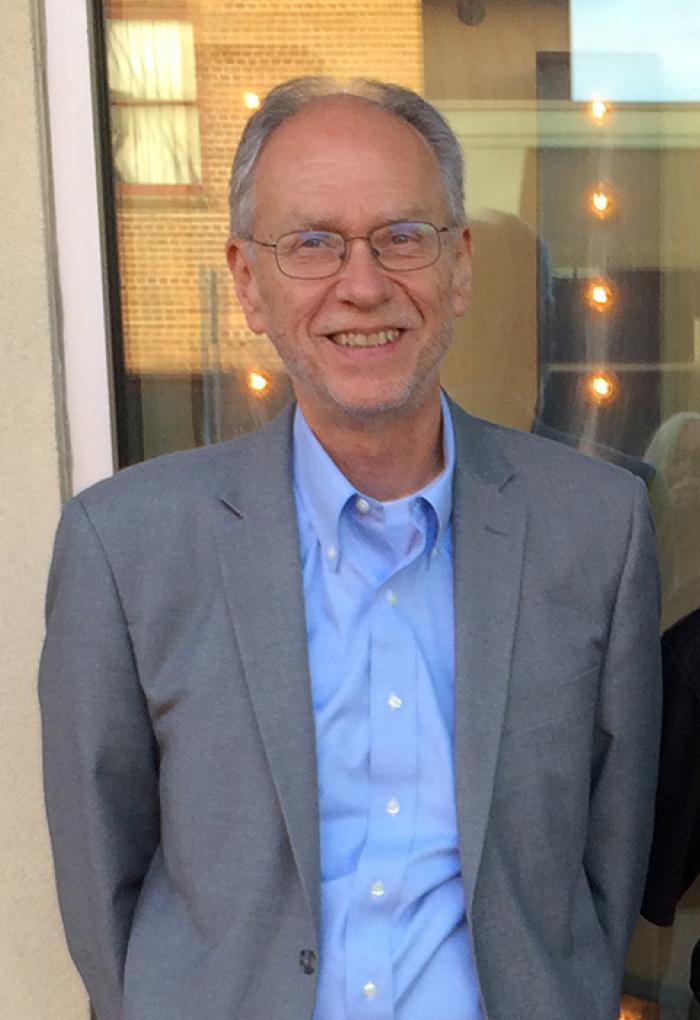 Waterman earned bachelor’s and master’s degrees in mathematics at Oregon State and a Ph.D. in statistics and probability at Michigan State University, which propelled him to become a founder and leader of computational biology and a renowned human genome theorist.

Waterman’s work in the 1980s formed a cornerstone for many DNA mapping and sequencing projects, including the Human Genome Project. His work continues to play an important role in DNA sequencing. He is member of both the U.S. National Academy of Sciences and of Engineering, the American Academy of Arts and Sciences, and both the French and Chinese Academies of Sciences.

In recent years, Waterman reconnected with mathematicians at OSU and returned to present the Mathematics Department’s Milne Lectures in Mathematics, Statistics, and Computer Science. He presented a talk on the mathematical, statistical and computational challenges of sequencing DNA and the historical developments contributing to new methods that are accelerating the speed of DNA sequencing.

Waterman’s work is focused on applying mathematics, statistics, and computer science techniques to various problems in molecular biology. His work in the 1980s formed one of the theoretical cornerstones for many DNA mapping and sequencing projects, including the Human Genome Project. He also helped develop some of the most widely used tools in the field, including new technologies to solve basic problems. His work continues to play an important role in DNA sequencing.

Waterman has pondered the disparity between the two worlds he navigated between: his rural childhood in a ranching community that was relatively under-populated and undeveloped and the private university experience in the nation’s second-largest city as a globally renowned scientist at the convergence of math and biology.

Reflecting on his own journey, Waterman has considered ways he might make a difference and impact future generations of scientists, especially first generation students from rural, less privileged communities.

“I believe that those who didn’t grow up with privilege should have a chance too, said Waterman. “I am pleased to see OSU is still accepting kids from a variety of backgrounds. That is not very common to see these days.”

This notion inspired Waterman to establish an endowed scholarship for science students—the second largest in the College’s history. Waterman’s legacy gift, the Michael and Tracey Waterman Scholarship, has the ability to transform students’ lives in a deep, profound way. He is particularly interested in supporting first-generation students, a population often with low success rates as they struggle to transition academically and culturally while struggling with financial need.

Philanthropic support at public institutions is growing more and more vital every year. This is especially true in Oregon, which cut per-student spending in higher education more than any other state in the country except one between 2000 and 2014, according to a 2015 study by the Urban Institute.