The sum total of a math degree

More than 40 years later, Suzanne McGrath still uses her math degree. A science education gave her the fundamental skills and solid foundation that would shape her interests and lead her down three different career paths: high school math teacher, accountant and investment manager.

“I hope students know how flexible a science degree is,” says McGrath. “You can really go anywhere and do anything. It teaches you how to think critically and how to investigate and solve a problem.”

Expounding on the value of a mathematics degree, McGrath says, “You learn how to study, how to think critically, how to analyze data and how to solve problems.”

“The science of quantity” was how Aristotle defined mathematics and American mathematician Benjamin Peirce called it “the science that draws necessary conclusions.”

McGrath’s ability to master the science that “draws conclusions” is precisely what contributed to her success. As a type of female Lone Ranger, McGrath adapted her mathematics degree and forged a path as one of a few women accountants in Oregon in the 1970s and then as a rare female investment manager in the 1980s. McGrath seized the opportunities and blazed the trail for women to follow in her footsteps. She estimates that today more than half of the accountants in Oregon are women.

Although that scenario may smack of a bygone era, women may still be underrepresented in STEM fields (Science Technology, Engineering and Mathematics). McGrath was not surprised to see just two women when she met recently with the Oregon State Investment Group, a student-led organization that actively manages a $1.2 million equity portfolio on behalf of the OSU Foundation.

An ardent champion of mathematics, McGrath has parlayed her education and experience into extraordinarily successful careers. Today’s outlook for mathematics graduates looks quite promising. A quick Google search reveals a tremendous number of promising careers for mathematics majors. CareerCast ranked mathematician as best job for 2014 based on environment, income, outlook and stress. A study by PayScale shows that the top 15 highest-earning college degrees have a common element: mathematics.

Both McGrath and husband/math alumnus Bernie McGrath (’70, ’74) have had fruitful careers and have chosen to give back. They have generously supported OSU across a range of interests, from science scholarships to athletics. McGrath sees their gifts and the resulting impact as a way to “pay it forward” and compel others to respond, amplifying their support.

“A lot of people helped me along the way,” McGrath says. “So I want to help many people succeed to make the world better. The biggest gift and the most joy is for the giver.”

McGrath has been paying it forward in countless ways to the community: as member of the College of Science Advisory Board, an honorary trustee (retired) of the OSU Foundation, a board member at the Susan G. Komen Foundation of Oregon and SW Washington, a partner Social Venture Partners Portland and a member of ARCS (Achievement Rewards for College Scientists) Portland Chapter. She is also a past President and former board member of the Oregon Society of CPAs Educational Foundation. McGrath continues to support the organization and has endowed an accounting scholarship at Oregon State to ensure the future of future accountants.

Recently the McGraths received the Martin Chaves Lifetime Achievement Award by the Department of Intercollegiate Athletics presented its to were honor their exceptional contributions to OSU Athletics, particularly the baseball program. In addition, the McGraths have been volunteer fundraisers for the renovation of Goss Stadium and the creation of the Pat Casey Baseball Endowment among other projects. 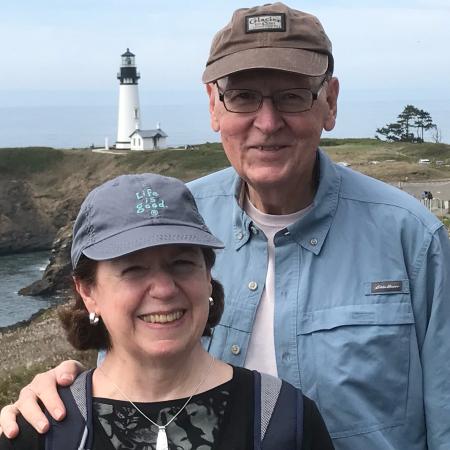